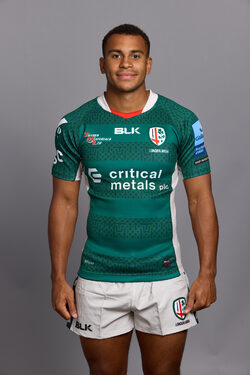 Will Joseph joined the London Irish Academy aged 13 and played his youth rugby with Newbury Blues.

Joseph, who plays in the centres, has been capped at under-18s level with England and played for Berkshire at county level.

Will made both his European and Premiership debut during the 2020/21 campaign, impressing hugely but injury kept him from kicking on in a consistent run of games that year.

Upon his return, nonetheless, Joseph set the 2021/22 season alight, making his first under-20s start for England in the 2022 Under 20 Six Nations as well as eight more appearances in green.

He scored his first try for the Exiles in a home win in the Round of 16 of the EPCR Challenge Cup against Castres Olympique, racing away from his own 22 metre line and over the whitewash.

Joseph also helped Irish in the semi-final of the Premiership Rugby Cup against Leicester Tigers with his second try, intercepting on halfway for a clear run at the try line.

His powerful running style and versatility caught the eye of Eddie Jones and saw him included in several England training camps towards the conclusion of the 2021/22 campaign, building up to being one of two inclusions in the touring squad to Australia in July 2022. 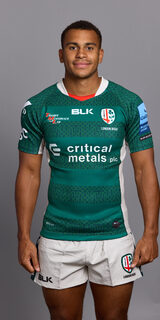