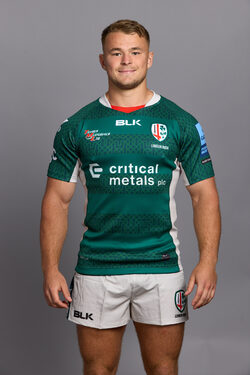 Irish's fourth addition to the squad before the 2022/23 season was Tom Hitchcock, an explosive centre recruited from Exeter University.

The youthful talent had his start in the sport at Felsted School, Essex and became part of the Saracens Academy where he played for the under-18s side before moving south for his studies.

A rollercoaster final year in Devon saw him not only continue his fine form in the green and white of Exeter University with four tries, but also scoring in the 2021/22 BUCS Super Rugby National Championship final for his alma matter in their first title win in six years.

A first appearance for Exeter Chiefs under Rob Baxter in the Premiership Rugby Cup saw Hitchcock get his first taste of life with a Premiership outfit in a professional setting as the Sandy Park outfit won 31-29 against Worcester Warriors. 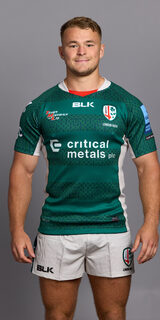