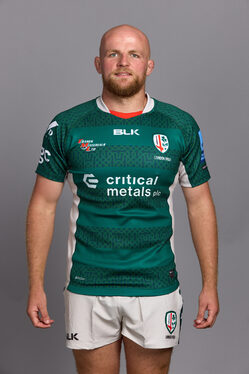 The Somerset-born Josh Caulfield had his career beginnings at local side Taunton Titans, Hornets RFC and Priory Community School in company with former Exiles hooker Curtis Langdon before a move to Exeter Chiefs.

Caulfield has represented England at under-18 and under-20 level and has previous experience in the Premiership with both Chiefs and Wasps.

Spending the best part of four seasons as a dual-registered player with Chiefs and Cornish Pirates, his first game for nearby Exeter in November 2016 against Cardiff Blues in the Anglo-Welsh Cup.

Caulfield’s spell in the Midlands came under Lee Blackett as injury cover as announced in November 2020.

The versatile forward, operating in the engine room and as a blindside flanker, penned his first permanent deal at Mennaye Field in May 2020, making 105 appearances under Gavin Cattle and Alan Paver.

He was part of the team that dominated the lineout and handed Saracens their only league loss in the 2020/21 Championship season in an opening day 25-17 win.

In his departing season with Pirates, Caulfield was awarded the Players’ Player of the Year and Presidents’ Cup for his standout contributions in the Club’s third-place finish behind Doncaster Knights and Ealing Trailfinders.

Caulfield became part of Declan Kidney’s squad upon conclusion of the 2021/22 season and joined the Exiles alongside Cornish Pirates teammate Ed Scragg in June 2022. 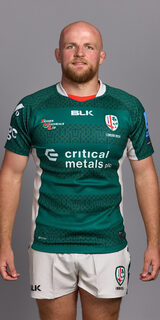