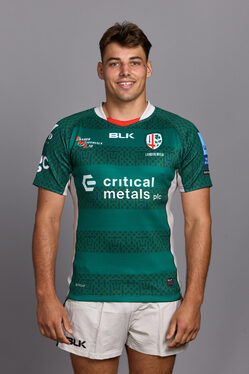 Josh Basham confirmed his return to Hazelwood ahead of the 2022/23 season, signing from fellow Gallagher Premiership outfit Newcastle Falcons.

Basham left the Club in 2019 to begin his economic studies at Durham University and soon signed on with Falcons under Dean Richards.

The back-row forward made his first London Irish debut during the 2017-18 season, making appearances in the Anglo-Welsh Cup, Challenge Cup and Premiership in his maiden season.

Having skippered his country at under-18 level, Basham was named as part of the England Under-20 squad for the 2018 World Rugby Under 20 Championship, aiding in his nation’s progression to second place.

Before signing at Kingston Park, he was the only player in the January 2019 England under-20s Elite Player Squad not attached to a professional club

In the Slough native’s first season in Newcastle, he made his the first of four appearances that year off the bench in a home win against Sale Sharks and scored his first try against Castres Olympique in the EPCR Challenge Cup.

Being promoted to the first team squad from the Academy at Newcastle in April 2021 saw him make 16 appearances in his second and final term in the North-East, scoring one try that season.

Whilst a Falcon, Basham was nominated alongside new teammates Tom Pearson and Henry Arundell in the2021/22 Rugby Players Association "15 Under-23" Team of the Season. 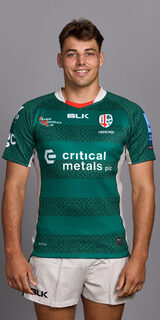