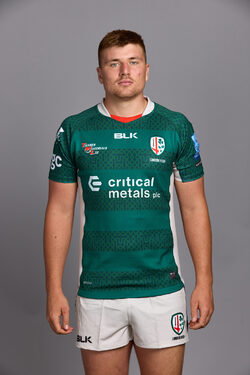 Born and raised in the Wiltshire town of Westbury, Scragg has become a mainstay of age-grade Welsh rugby with whom he qualifies from his mother’s side of the family.

As part of the Welsh Exiles programme, Scragg has featured at under-18, under-19 and under-20 level for his country and played in every fixture of the 2019 Under 20 Six Nations Championship.

He continued his fine international displays by appearing in two more Under 20 Six Nations fixtures the following year after appearing in the World Rugby Under 20 Championships in 2019, playing in every game to lead up to Wales’ seventh-place finish.

Scragg comes off a long line of talent reared in the Cardiff Metropolitan University, where he studied sports management, joining the likes of Irish teammate Tom Pearson to make the move from the Welsh capital to Sunbury.

The towering lock forward earned his start in the game at Trowbridge whilst moving into the Dragons youth system where he played at under-18 level and in the A side in the Celtic Cup.

Upon completion of his university course, he was rewarded with a one-year deal at Pirates and played out six games for the Cornish outfit whilst gaining experience on loan with Plymouth Albion. 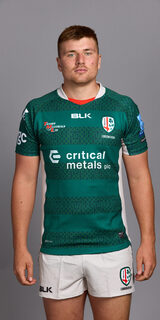