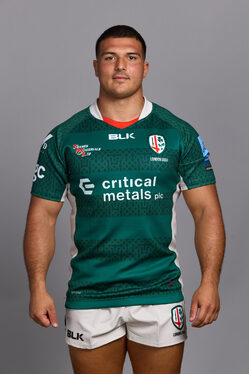 Fischetti has been capped at under-20 and senior squad level for his country Italy, winning over 20 caps to date for the Azzurri

Earning his first cap off the bench against Wales in the 2020 Guinness Six Nations, he has played in autumn internationals and three Six Nations campaigns to date, playing in all five fixtures in the 2020 and 2022 tournaments.

He began his professional career with Calvisano in the Italian Top 12 league, playing 30 times for the Brescian side before moving to Zebre, initially as a permit player.

The prop forward spent three full seasons with the United Rugby Championship side, featuring in 41 fixtures in the EPCR Challenge Cup and Rainbow Cup as well as league games.

Along with nine offloads, he boasted an impressive 96% tackling success rate in his final season in Parma, putting him in the top 25 players in the league.

Fischetti signed with London Irish ahead of the 2022/23 season as part of a fresh intake of Italian talent which also included fellow internationals Giosuè Zilocchi and Luca Morisi. 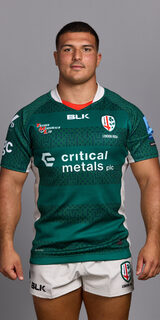