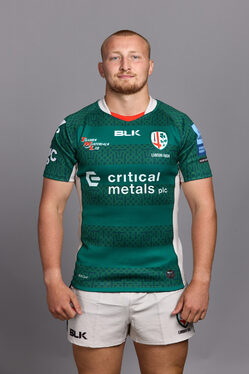 Atkins joins brother Jacob in the senior ranks, the hooker bringing physicality to the front-row.

Graduating from the AASE scheme, the former St Paul’s Catholic College pupil has represented England counties at under-18 level and cut his teeth playing for local club Bracknell RFC.

Ben has represented England at both under-19 and under-20 level, earning his first cap in the latter age-grade away to Ireland under-20s side.

He since has made four further appearances in the Under 20 Six Nations Championship, scoring his first try for his country against France under-20s in the 2019 tournament.

Atkins made his senior Irish debut coming off the bench away to Bristol Bears in Round 3 of the 2019/20 Gallagher Premiership season.

That same season, Atkins also made his first appearance in the EPCR Challenge Cup away at Aviron Bayonnais, going on to feature against Llanelli Scarlets in the following round. 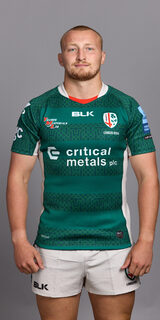