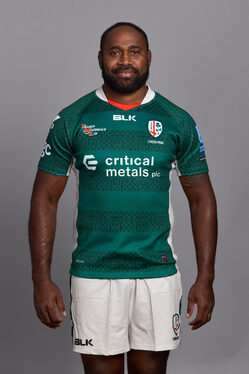 With his signature confirmed preceding the 2022/23 season, Api Ratuniyarawa joined what is his second English Club in London Irish from Northampton Saints.

The Fijian lock forward arrived at Franklin’s Gardens from Agen in the 2016/17 season, spending the best part of five years with Saints before departing for the capital.

Having made over 100 appearances for Northampton, Ratuniyarawa’s experience expands onto the international front after appearing in both the 2015 and 2019 Rugby World Cups for his native Fiji.

A ten-years and 36 caps later, Ratuniyarawa’s international career began miles down the road from Irish’s headquarters in Sunbury when he took on England at the national stadium back in the 2012 Autumn Internationals.

He brings with him accolades aplenty, both personal and as a team, attaining the 'Breakthrough Player of the Year' award at Northampton whilst also winning the first Premiership Rugby Cup.

Ratuniyarawa played an instrumental role in his final season with Saints, helping the Club to their first playoff push in three years with 23 appearances but eventually lost out to East Midlands rivals Leicester Tigers in the semi-finals. 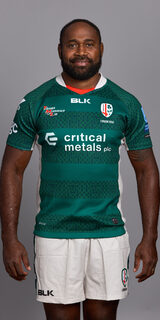