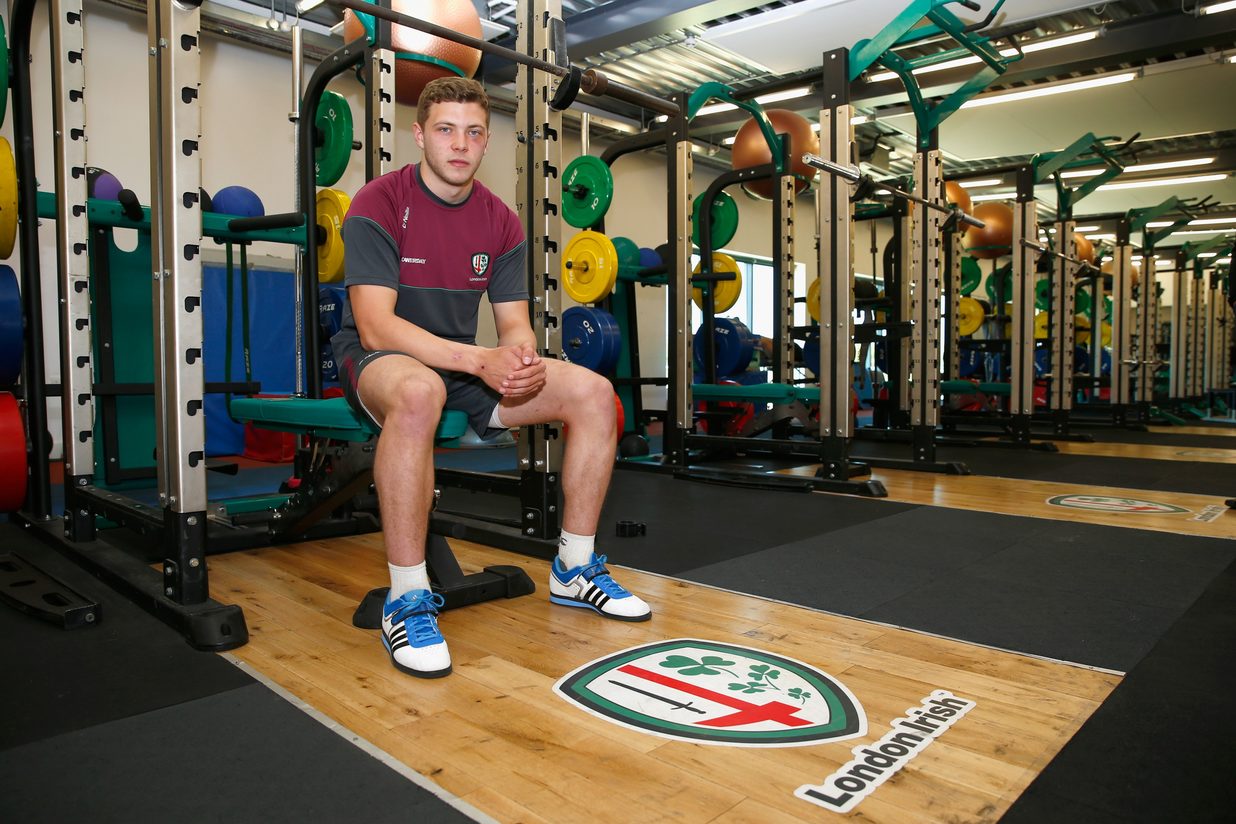 An Exile since the age of 13, exciting prospect Theo Brophy Clews has described the feeling of playing for London Irish as ‘amazing’ and is delighted to be a part of the Club’s long-term ambitions.

Growing up watching the likes of Topsy Ojo, David Paice and Shane Geraghty at the Madejski with his family, the 19-year-old fly-half is now rubbing shoulders with the trio and insists he wants to play a key role in helping Irish return back to the big time.

Brophy Clews, who rose to prominence at Abingdon School where he captained his side in the Daily Mail Trophy, could be seen mastering his goal-kicking prowess after Wednesday’s training session at Hazelwood before venturing over for a chat about life at Irish.

“Playing for London Irish is pretty awesome and you could say it is a bit surreal playing with players that I grew up watching,” said the Oxford-born hotshot.

“I’m just really grateful for the faith and trust that the coaching staff have had in me – I’m massively thankful to them for giving me the opportunities to progress,” he added.

Championship rugby beckons for the Exiles next term, but like so many clubs before them such as Harlequins, Northampton and Newcastle, they have all returned to the top-flight stronger for the experience both on and off the field.

A set-back that has hurt everyone connected to the Club, Brophy Clews has already set his sights on the challenge that awaits Irish next term.

He said: “It will be a tough year and it won’t be easy by any means, so we have to put in good performances every week and respect the league, whilst embracing it too.

“We have to work just as hard as we did in the Premiership and if we do that we will be in a strong position to challenge for the title.”

Experienced campaigner Luke Narraway underlined the importance of building the Club around youth earlier this week. Narraway, another integral figure who has inked fresh terms with the Exiles, believes the foundations are in place for the Club to enjoy a prosperous future. Brophy Clews agrees with the former England international, saying: “The Academy set-up is in great condition and you can see that with the progression of players to the first team.

“I’ve enjoyed a lot of game time this season and the support around me from the Academy coaches, senior coaches and personnel within the Club has really helped my development.

“Johnny [Williams] has also done really well and has had a fantastic year. There is a huge pool of players with masses of talent here at London Irish.”

“Nick, Paul and Declan have done it at the highest level for the Club and that really rubs off on the lads,” said Brophy Clews.

“I know how passionate Declan speaks to the young lads here and they respond to that passion – those three guys in the coaching team definitely instil the sort of pride that drives the young players into wanting to play for the London Irish first team.

“The Academy coaches are still overseeing our progression – they have heaps of experience and knowledge so they are always lending a helping hand and giving advice where they can.

“They will continue to be a part of our development for years to come and I’m sure they will help us not only to be great rugby players, but also great people,” he added.

Turning his focus to this Saturday’s Aviva Premiership trip to Wasps, Brophy Clews is relishing the prospect of going head-to-head with opposite number Jimmy Gopperth.

“It has been a tough week, but we have to turn our minds to a tough challenge and it will be good to get back out onto the field and put in a solid display.

“Jimmy Gopperth is an outstanding player, a player that I love watching – he is a tough bloke too. I’m really looking forward to the challenge.”

A trip to the Ricoh Arena rounds off the campaign for Irish, with Brophy Clews keen to finish on a high, adding: “Wasps are a talented side and they have played some unbelievable rugby this year and we are going to have to be on top form in order to get a result.

“We just want to put in a great performance and make ourselves and the supporters proud.”