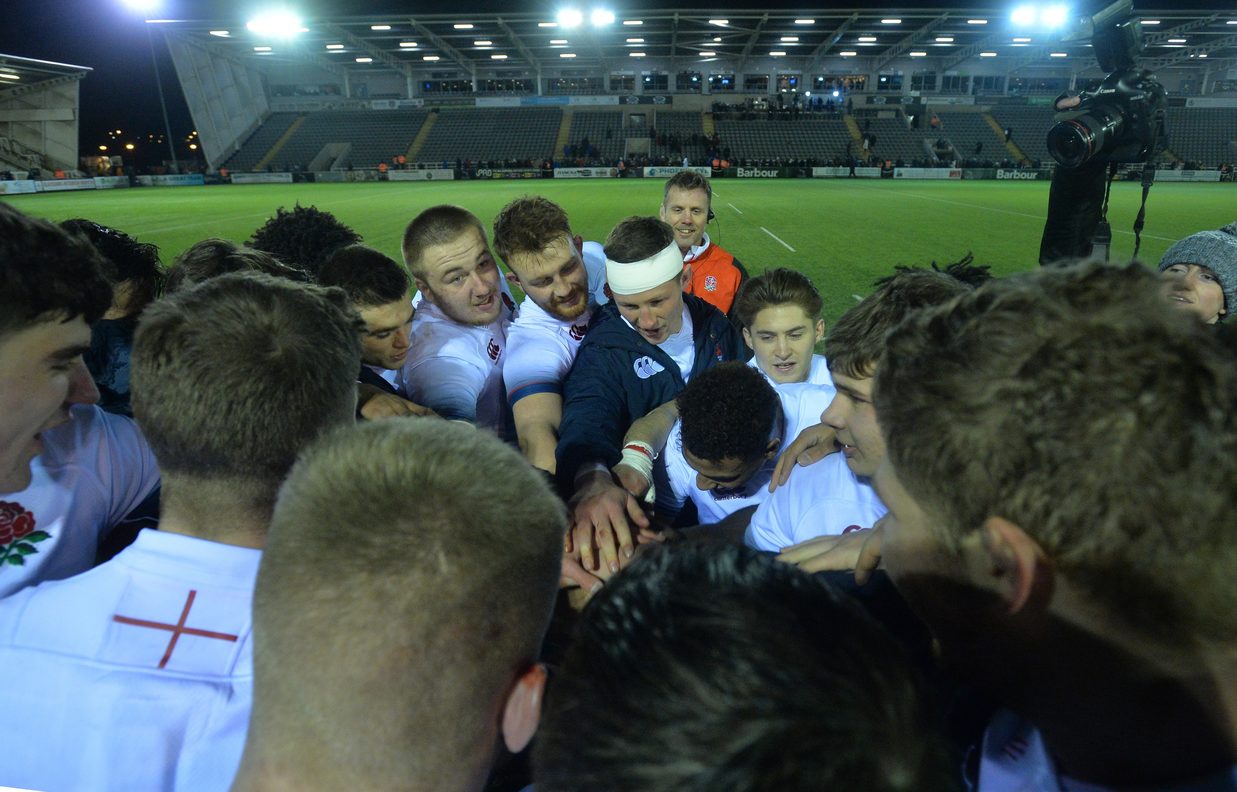 Four London Irish academy graduates represented England Under-20s last night as they defeated Wales 37-12 in Newcastle in the second round of the U20 Six Nations.

Tom Parton and Josh Basham both started the game, while Matt Williams and Rory Brand were among the replacements. Ben Loader was a late withdrawal from the team through injury, with Gabriel Ibitoye replacing the Exiles wing.

Steve Bates’ side led by 13 points at the halfway stage thanks to tries from Ben White and debutant Cameron Redpath, as well as eight points from the boot of James Grayson.

Three more tries followed in the second half, courtesy of Gabriel Ibitoye, Jordan Olowofela and Aaron Hinkley on debut, to hand England their second bonus-point win in the competition, having beaten Italy last Friday.

It was Wales who struck first through scrum-half Harri Morgan. After sustained pressure on the English line, Morgan fumbled the ball backwards before regaining possession at the base of a ruck and surging over from a metre.

Grayson reduced the deficit to just two points moments later, after England were rewarded a scrum penalty 30 metres out.

And on the 20 minute mark, his half back partner White registered England’s first try of the game, almost identical to his Welsh counterpart’s score.

After playing a penalty advantage, England broke down the left flank through substitute Matt Williams but he was brought down just short of the line. The ball was recycled quickly for White to capitalise, although Grayson’s conversion was unsuccessful.

The Northampton Saint was on target with his second penalty of the match though, stretching England’s lead to six points, before Redpath registered England’s second try.

It came after a neat backline move which saw Ibitoye – who was a late injury replacement for Ben Loader - slice through the Welsh defence before offloading to Redpath. Grayson added the extras to make it 18-5.

English momentum continued into the second half as Ibitoye broke from the half way line shortly after the whistle, beating four Welsh defenders to canter over for England’s third try.

And the bonus-point score came moments later in the 46th minute, courtesy of Olowofela, after neat passing from the back division saw the wing put in space, he sprinted unopposed to the line and Grayson hit his third successful conversion.

Rio Dyer scored a consolation try for Wales with six minutes left on the clock as he rose highest to collect a cross field kick from centre Callum Carson, but England finished strong with a debut try in the final moments from Hinkley, who was an injury replacement for Tom Willis.

Head coach Steve Bates said: “It was a pretty comprehensive win, but there is still more to come, I think we probably could have created more, we could have been more dominant.

“I'm very happy with the performance but we cannot be complacent with that; we have to strive to be better. We have to be a little more clinical, we made a few mistakes and missed a few opportunities to exploit space, but when you win with a score line like that it gives you confidence moving forward.”