After a first full season in front of fans, Matt Williams believes that London Irish’s move back into the capital has reflected a shift in attitude and performance at the Club.

The Exiles registered their highest points per game average in the Premiership last season outside of a play-off finish since the bonus points system was introduced (2.74), leading to a first Heineken Champions Cup qualification in 11 seasons.

Having contributed in nine games for the Club last season, from a personal perspective it was a successive campaign hindered with injuries for Williams.

Nevertheless, the centre also stated his determination in making up for lost time ahead of the upcoming 2022/23 campaign and he also spoke candidly about maintaining a healthy mental mindset.

“It hasn’t changed my approach, unfortunately injuries are part of professional sport and I have been on the unlucky side of a few of them,” Williams commendably confessed.

“I had to go back to the principles in rehabilitation, working hard every day to build up strength and better myself to my pre-injury levels.

“Of course, at the back of my mind there is a bit of frustration on the time that I have missed, so I’m certainly looking forward to making amends for that and I’m excited for the season.”

The Academy star’s resolute attitude has seen him through two seasons with limited action in a green jersey, having missed out on all of the 2020/21 campaign owed to a long-term knee injury.

An ankle injury suffered in an away loss to rivals Saracens in the EPCR Challenge Cup prematurely closed his sixth chapter representing Irish, but Williams stressed the importance of resilience expressing emotions in difficulty in the game of rugby.

“It is tough, you play the sport to be on the pitch but unfortunately there are times you will have to spend off it, and for certain periods, a lot longer than you would hope for.

“When I was injured, the first couple of weeks were tougher for me to get my head round but a good coping method for me is to let myself have those first few weeks of being upset.

“I had an operation and had two weeks off, so it was important to not hide away from those emotions, feel them and allow them to come out.

“Once you have that off your back, you can switch into a different mode of professionalism which I am trying to do now to get back even better than I was.

“Dwelling too much on those moments and feeling sorry for yourself can cause you to lose sight of what is important, you have to try and aim to be better but take it small steps at a time.” 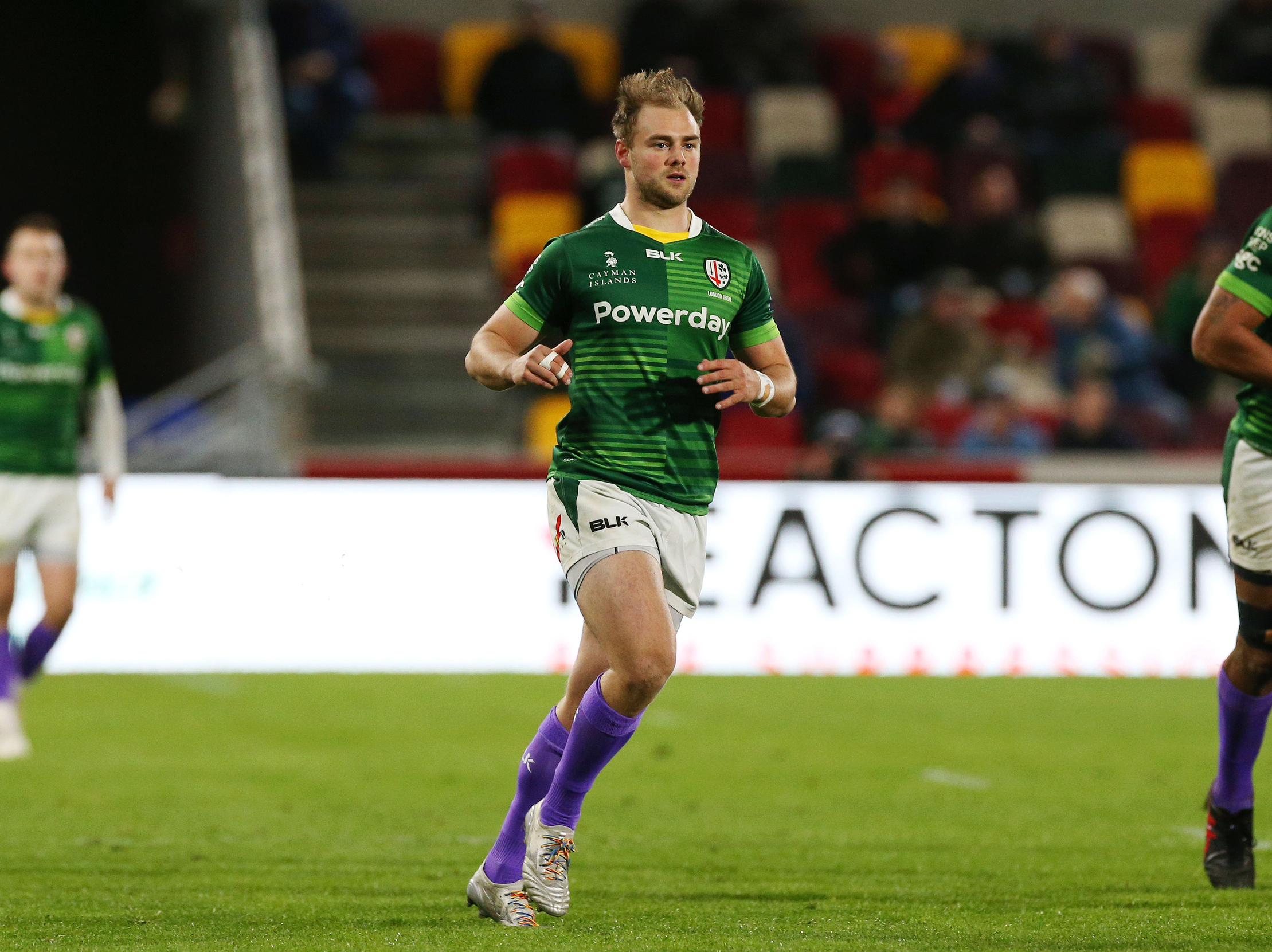 Notwithstanding this, the 24-year-old remains as hungry as ever to fight for his place in what is now his seventh pre-season with Irish.

Williams continued: “Whenever you have a five-week period off, you’re always itching to go and having had a spell out previously, I was more than ready on that first day.

“It’s been a good four-week block thus far, and we have a week off now to rest our minds and bodies before we go again to another couple of weeks in training before going into another long season.

“The boys are shaping up nicely, not peaking yet but just building to be ready for the start of the season to come.”

A wealth of rugby experience at a young age also means that Williams is one of a cluster of Irish players who have witnessed the transition from Reading to TW8.

The 50-cap Exile, who reached a half century of appearances for the Club last year, was open in how the programme at London Irish has progressed in recent times and the hopes for the prospective season.

“I feel that the physical move from Reading to Brentford has mirrored a cultural change around the Club, as we look to push on and fulfil our ambitions and potential.

“For quite a few years, we’ve had the potential to go for silverware and be in the top four but we have let ourselves down, whether that be early on in the season, not starting well or losing focus in games.

“We’re in a stage now where players have been here for a while, the coaching set-up have established themselves and we are getting some continuity, meaning our plans are slowly coming to fruition.

“Unfortunately, we didn’t win a trophy last year, but we’re back into the Heineken Champions cup now and are very much looking forward to winning some trophies this year.

“The Brentford move seems to have brought that all together, given us a home back in London and we have great support that continues to grow more and more each week.

“I always think that this is a very exciting Club to be part of, and we now have another very exciting year for the Club in which hopefully we can achieve bigger and better things.” 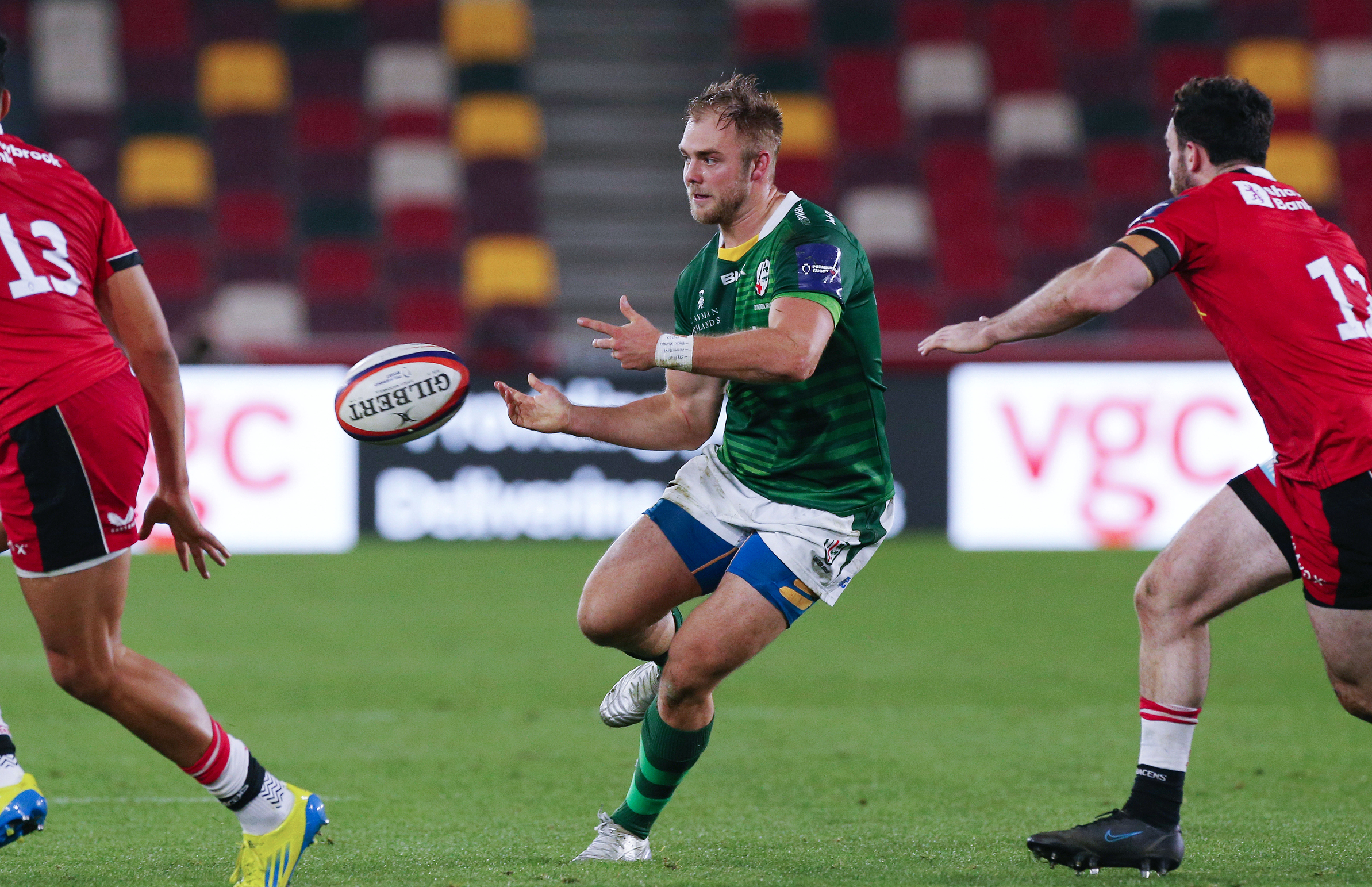 The prospect of partaking in a first Heineken Champions Cup competition for the first time in over a decade shows that the Club have steadily progressed.

Proposed ties against Top 14 champions Montpellier Hérault and United Rugby Championship victors DHL Stormers have stirred the Exile Nation, and Williams believes participation in the tournament is where Irish will persistently target in the future.

“For the Club firstly and where we aim to go, this is simply a competition we have to be in.

“We have to compete against the best to be the best, and without doing that we wouldn’t be able to get where we want to be.

“Personally it’s a great competition to be part of and I want to push myself on, get better and better and I can’t wait to test myself out against the best in the world.”

In regards to personal development and growth, Williams is concentrated on how his efforts can push the team on in his return to full action.

“I would like to try and stay on the field for as much as I can, in the last couple of seasons I have suffered with a lot of injuries but my body is back to feeling really strong, fast and powerful.

“I’m looking forward to seeing myself play again at the top level and doing everything I can to help the team move forward.”

Season Tickets for the 2022/23 campaign are now on sale and available to purchase here, including all home regular season Gallagher Premiership games and the pool stages of both the Premiership Rugby Cup and Heineken Champions Cup.