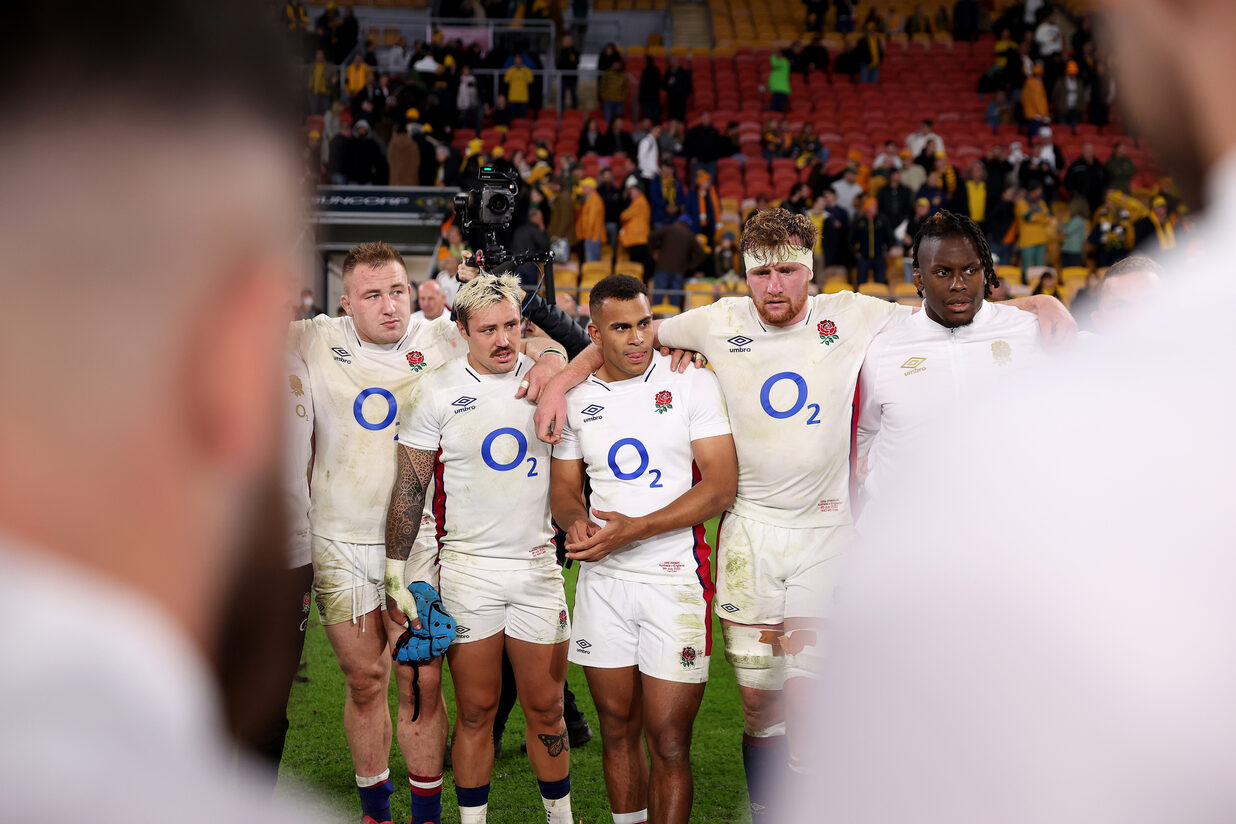 London Irish Senior Academy graduate Will Joseph made his senior debut for England in their win against Australia at the Suncorp Stadium, Brisbane.

The 19-year-old was welcomed into the fold two minutes from time with Eddie Jones’ side ahead with what turned out to be the final score of 25-17.

Joseph, an apprentice player with the tourists alongside Exiles teammate Henry Arundell, was a late addition to the matchday squad following on from Jack Willis’ withdrawal.

Saracens’ Owen Farrell accounted for 20 of England’s points in Queensland with clubmate Billy Vunipola touching down for the union’s only try of the encounter in the opening five minutes.

England looked to have had a 19-point advantage heading into the sheds but Taniela Tupou’s score prevented a first half whitewash.

Another converted try, this time from Samu Kerevi, threatened England and Noah Lolesio’s place kick reduced arrears to just five points for the Wallabies but another penalty from Farrell was enough for those in the Rose.

After making history in the opening test as Irish’s first capped player for England since 2014, Henry Arundell also earned his second cap for his country with an 11-minute cameo off the bench.

In only his second season amongst the Irish senior squad, Joseph has seen his stock rise for Club and country, scoring twice in knockout competitions against Castres Olympique and Leicester Tigers in the EPCR Challenge Cup and Premiership Rugby Cup, respectively.

The versatile back has been accompanied by Henry Arundell on a mutual ascent to international level rugby, each making their England under-20s debut in the 2022 Under 20 Six Nations and were rewarded for their efforts with new long-term deals at Irish.

The series decider will be played in Sydney at the Sydney Cricket Ground next Saturday (16th), kicking-off at 11am BST and live on Sky Sports Main Event.