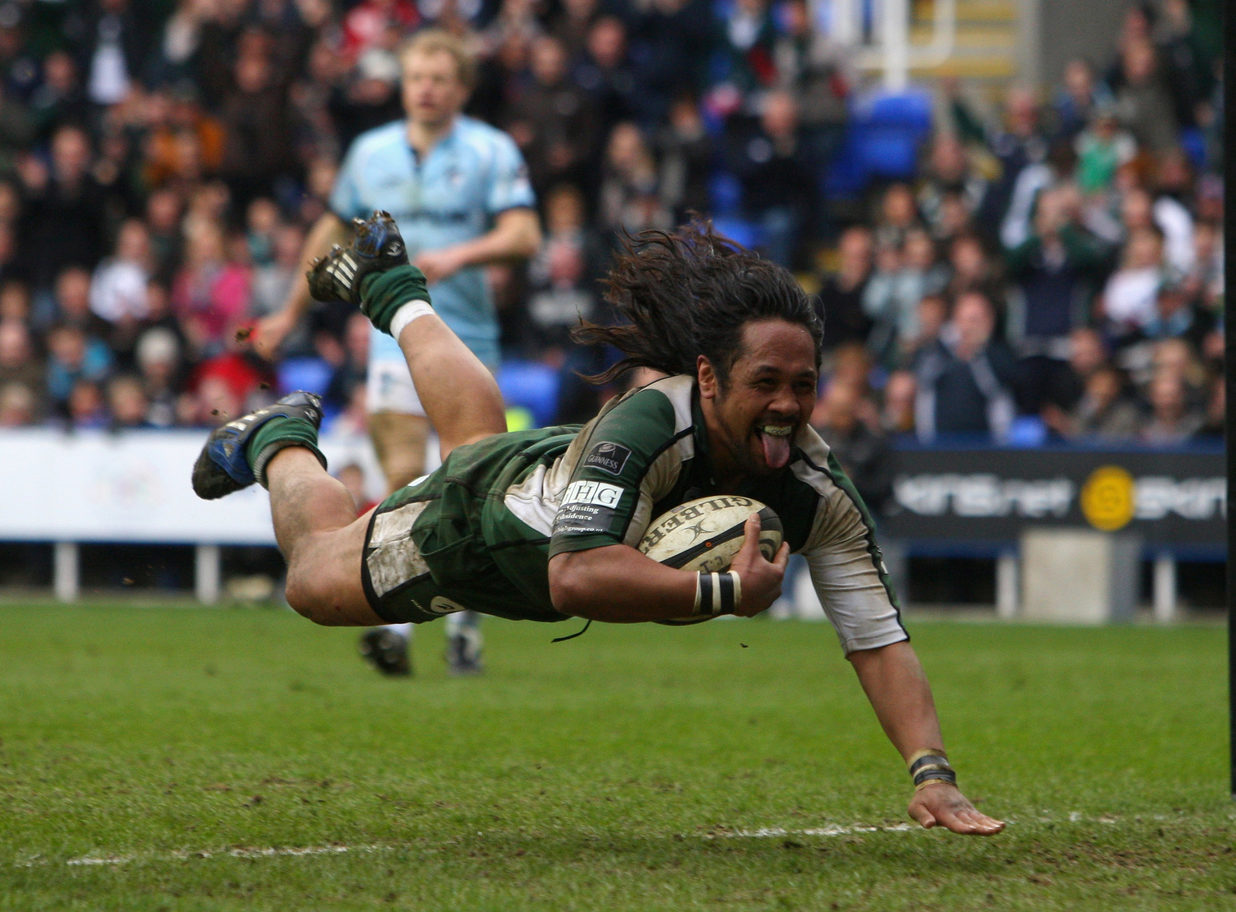 To mark the club’s final season at Madejski Stadium, we will be speaking to London Irish players from over the years to discuss their current roles and professions and their best memories of running out in a London Irish jersey.

You may have seen interviews with past players in the match day programme, however, with the postponement of the upcoming fixtures, we are going to post them on our website to give everyone the chance to read them and find out what the guys are up to!

Next up in our series is Seilala Mapusua, one of the best to grace the Madejski Stadium, amassing 125 appearances and scoring 22 tries for the club between 2006-2011.

Following a stint playing rugby for Kubota Spears in Japan, the Samoan centre returned to New Zealand with wife Anna and their children.

“We are living in Dunedin and I’m working for Otago Rugby as a Coaching Development Officer. On top of that I’m still doing my work with the Pacific Islanders Players Association for players around the world.”

Mapusua’s time at London Irish linked with the club’s most successful period in recent years. A Heineken Cup semi-final and a Premiership final at Twickenham. At the Madejski there were also a number of memorable matchdays.

“At the MadStad there were so many awesome memories, but it will be hard to go past the St Patrick’s Party matches, they were always great craic and such awesome occasions. Outside of that, it’s a tough one, but if I had to narrow it down, probably beating Munster in 2010 in the Heineken Cup.

“The reason why I say that game is because it was the first time I heard two sets of supporters singing the same song (Fields of Athenry). The two sets of players kept looking at each other asking ‘who they were singing for’?”

The club was made up of players from all over the world and is not too dissimilar to where London Irish currently finds itself with regards to the squad.

The players involved in the group at the time were proven international quality. Asking Mapusua if he can pick one that stands out is a difficult question.

“You are putting me on the spot. I was very fortunate to play with so many good players. I would probably have to say Mike Catt, just because he was in a class of his own. He was more than just a player, he was awesome mentor for me as well and an all round awesome person.

“As you know, London Irish has been blessed with a lot of great players. It was pretty awesome playing with a back three of Topsy, Delon and Losi, I could go on, but I’d be listing the whole team! Like I said, I really don’t like singling anyone out. Dec, Dodge, Bobby and Kendo. It really is hard to say who the best was, but that is what made the group so special.”

The former centre is still in contact with the players mentioned above as friendships were developed during his five years at the club.

“That is one of the positives of social media, it allows you to stay connected to friends all over the world. We send messages every now and then and the banter is still good. I was really fortunate to be a part of a core group of players who were awesome men.”

There is something that makes this club special, particularly to those that travel here from the other side of the world, as Mapusua attests to.

“The club aligned with a lot of my own values. It was a club the whole family was a part of and felt connected to, both at the professional and amateur level.

“The community feel for Pacific Islanders is hugely important. We are always connected to our villages and for me when I was in the UK, London Irish was my village. Anna and I still consider it our home away from home, it holds some really fond memories for us and it always will. It is the people that make up London Irish.”

He hopes to bring the family over to the UK eventually and to have an opportunity to come and see the team play at the new Brentford Community Stadium.

“We are planning on a family trip eventually, we have got two little ones, so once they are a little bit older we would like to take them to see where we made some awesome memories and we will get their eventually.

“I think for the club it is an awesome move, whilst the MadStad is a massive part of the club’s history, as it is in professional sport, you need to keep moving and keep evolving, and I think this is a great move to an awesome venue.