Where are they now? - Paul Hodgson 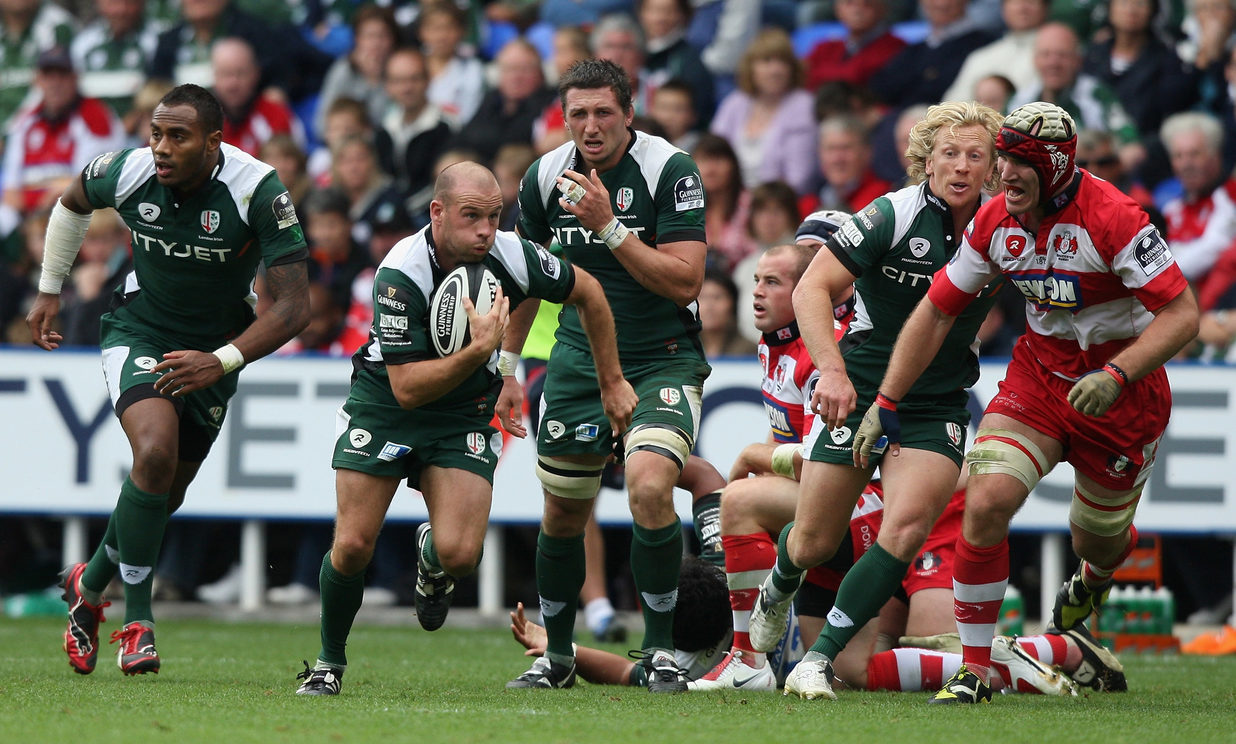 To mark the club’s final season at Madejski Stadium, we have been speaking to Exile legends from over the years to discuss their current roles and professions and their best memories of running out in a London Irish jersey at Madejski Stadium.

This article featured in the match day programme for London Irish v Harlequins in the Premiership Rugby Cup on Saturday 28 September.

We chatted to Paul ‘Dodge’ Hodgson, a player who amassed 208 appearances for the club during a nine-year playing association.

Everyone that knows Mr Hodgson, will understand fully the enthusiasm he brought to this interview. We caught up with him on the phone whilst he was driving back from a day at work and he was at his cheerful best.

Paul is now Director of Sport at Cranmore School, an independent day school for 2-18-year-olds in West Horsley.

“Both my children were attending the school which is how I came to find out about the opportunity to work there,” said the former scrum-half.

After four years coaching the Academy and first team, Paul took up the role with Cranmore School in September 2018. After a year in the position he is finding life very enjoyable.

“First and foremost, it is spending quality time with my family, seeing the girls daily at the ages of six and eight is truly special. It is also worth pointing out that the number of holidays the wife has booked over the last 12 months has, well broken the bank, but has been quality.”

Paul is not the only former London Irish player involved with the school with the Exiles leading point scorer and a former half back partner of Hodgson’s, also in situ.

“Mr Barry Everitt, he is doing very well, he is Headmaster in waiting, and he will be taking on the position in September 2020.”

Having been involved in a strictly rugby coaching capacity for the years proceeding, Paul took the chance to discuss the similarities and differences to now working within a school environment.

“I work in a great department of eight staff in the sport division, so the camaraderie, and wanting the best for the people that we are teaching and coaching and finding ways to improve and develop, is exactly the same, regardless of if I was coaching in the Academy or first team.

“Essentially the day-to-day out on the pitch, you are looking at the best ways of designing an attractive training session and trying to improve individuals.

“In terms of differences, we go through different sports across the academic year, so we do football for seven weeks, rugby for 10 weeks, hockey for six weeks and cricket for 10 weeks, with all the other 20 sports alongside it.

“The variety is massive for the children and it does keep things interesting and it is really good to have the change of sport to give a different focus.

“Finally, and it is often talked about, but you do get a lot of time off to re-charge, re-evaluate to assess and improve as a person, as a teacher and as a coach. And of course, to have fun with the family!”

We all know about his rugby ability, but with an array of sports on offer at the school, what is Paul’s experience of the others that he delivers?

“It is probably common knowledge at the club, but I was probably a better footballer than I was a rugby player, anyone playing staff football would know that, Declan Danaher knows as he would be raging most matches when I would nutmeg him.”

“I have an interest in all sports, but ones that I hadn’t had much interaction with, including hockey and skiing, are awesome to learn more about and work with the specialist teachers on. I’m loving that. I have a lot of interest in all sports but enjoying getting to know the ones I didn’t know so much about.”

Paul was always a supporters’ favourite and a clear memory that comes to mind when discussing match days at the Madejski was that relationship the squad has with supporters.

“There was a period of time where the East stand was rocking, packed out. After we scored a try the chants and noise that came from there was quality. Often I would hear the Topsy chant, and that will stick with me forever, Christmas and St Patrick’s day, getting 20,000+ in there was special.

“Other games that stick out include the Heineken Cup quarter final against Perpignan in 2008, beating Leicester there and just the big wins during the years where we were kicking on towards the top of the table.”

We couldn’t finish this interview without discussing some of his tries to which he modestly replied ‘was more of a facilitator than a scorer’ before quickly jumping onto tries that came to mind.

“I scored a couple of tries against Newcastle in my second year at the Club, I think it was Brian Smith’s first year where I chipped the ball through on a couple of occasions and regathered to score.

“The other one I remember was against Northampton when they were in their heyday. They had Robinson at scrum half, Carlos Spencer was playing, Bruce Reihana, Ben Cohen. It was an opportunist try where I took a quick tap and darted to score under the posts. It was very typical of the style of rugby we were playing at the time which was positive, confident and attacking and we had that license to do that which made the game more exciting which is why those particular tries stood out.”