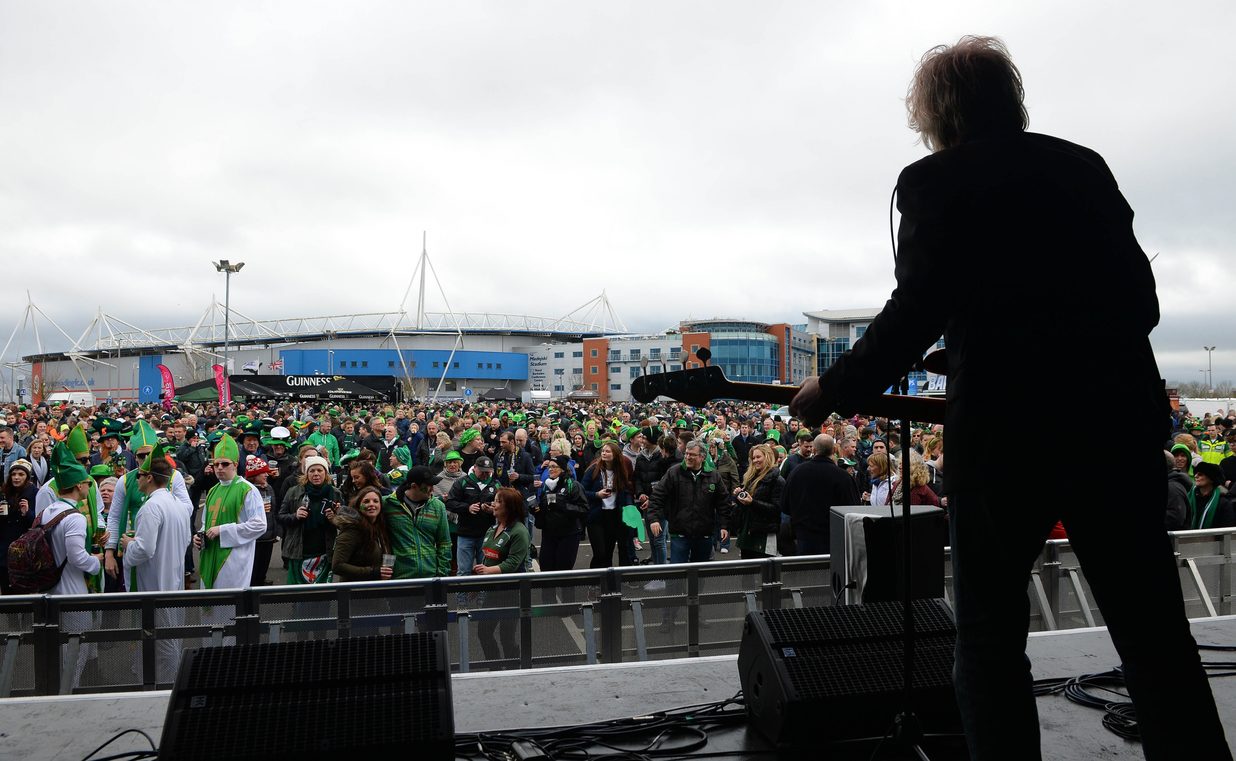 London Irish have a feast of entertainment in store for supporters at this Sunday’s St Patrick’s Day Game against Gloucester Rugby at the Madejski Stadium (kick-off 3pm).

Now in its 15th season, the St Patrick’s Day Game is the biggest celebration of rugby of our heritage and Irish culture and is a must for all rugby fans.

Opening at 11am, the Supporters’ Village will play host to fairground rides, a bungee trampoline, face painters, a magician, a Baileys and coffee van as well as the Norton Rugby Cube.

Prior to the match, the London Irish St Patrick’s Day singers will take to the field, a group made up of local school children, who will sing the famous Fields of Athenry with Ronan and Ruairi McManus.

At half-time, there will be also be a display of Irish dancing courtesy of the McGahan Lees Irish Dance Academy as well as a display from the GAA's London amd Reading U10s.

Please note, the Supporters’ Village will temporarily close from 2.30pm to give all supporters enough time to make their way to their seats. There’s plenty going on in the pre-match build-up including a performance from Ruairi and Ronan, the Irish Guard, the London Irish St Patrick’s Day Singers formed by over 200 primary school pupils singing Fields of Athenry, and Norton’s T-shirt Cannon!