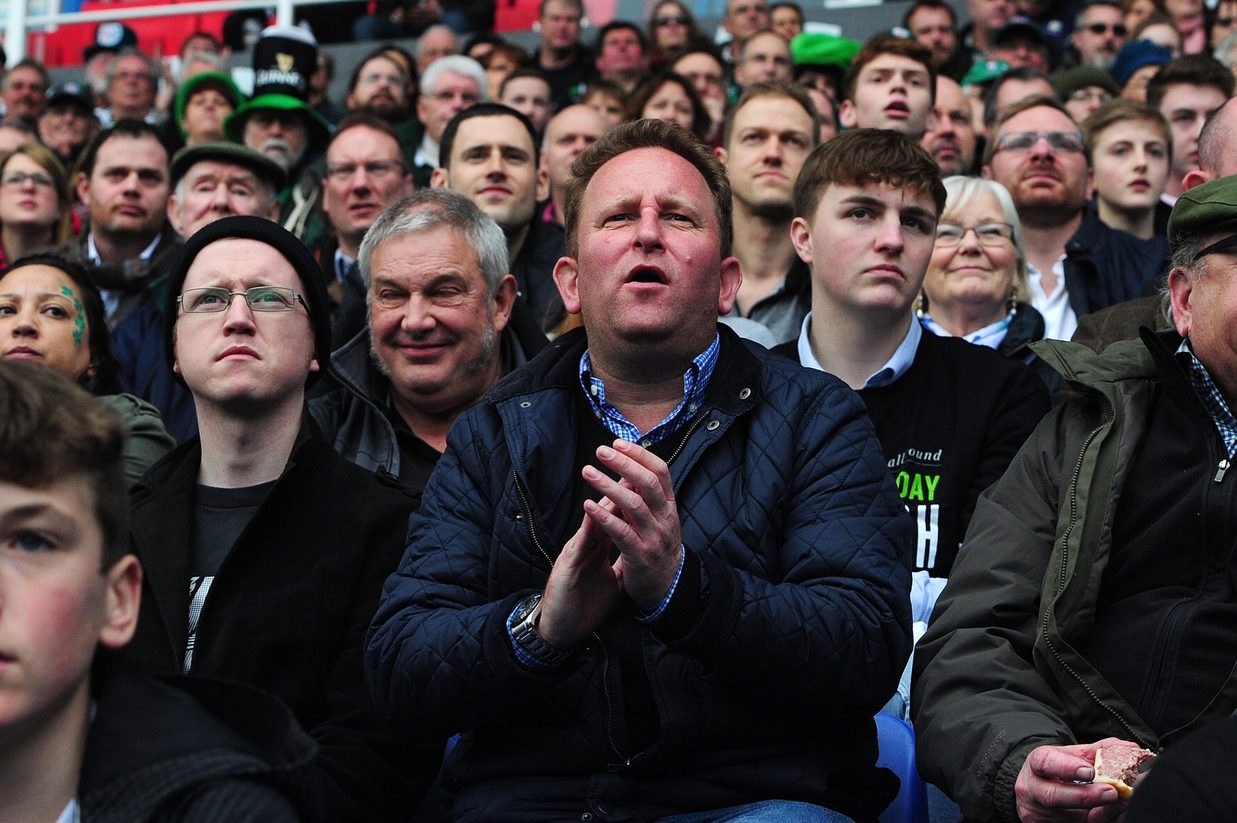 Aviva Premiership Rugby makes its eagerly anticipated return to the Madejski Stadium, with Northampton Saints the visitors on Sunday.

Here’s all you need to know ahead of the big day:-

There will be loads of fun for Junior Exiles in Digger's Dugout in the North Stand before the game! Head there to meet the players and get their autographs at 2pm. There will be free face painting, a bouncy castle and games, and you can pick up your free London Irish flag or clap banner.

In true London Irish tradition we will of course be singing Fields of Athenry in the lead up to kick-off, led by Gavin Hayes. The perfect way to warm up your vocal chords before the game ready to cheer on the team!

The fan's favourite 'Poo Ball Challenge' returns this season bigger and better than ever because we now have two giant rugby balls to race against each other! There are some great prizes up for grabs for the winning competitor so keep an eye on the pitch at half-time.

Gavin Hayes will once again be taking to the mic to keep you entertained at half-time with an acoustic performance.

Tickets are available from £23 for adults and £3 for under 13s if you book in advance by calling the Ticket Office on 0118 968 1016 or by clicking here. Parking is £10 at the stadium and the old Greyhound Stadium subject to availability.

The London Irish Supporters Club will be selling London Irish Fan Radios outside the Megastore. Offering you access to live commentary throughout the match as well as the chance to listen to the referee's mic, the radios are just £10 and can be used at every Premiership club ground throughout the season. The batteries are replaceable, and they even double up as an FM radio!

Enjoy the craic after the game in the Club Room (Princess Suite) where there will be live music from Gavin Hayes and the Man of the Match award will be presented.

'The Craic' will be returning to the North Stand for selected games this season, starting with the Leicester Tigers game on Saturday 7 October when the Paul Bowen Band will be performing!

Parking is £10 at the stadium and the old Greyhound Stadium subject to availability. Mereoak Park and Ride isn't open on a Sunday.

The Madejski Stadium can be approached from the A33 Reading Relief Road which links to the M4 Motorway. Exit the M4 at Junction 11 heading for Reading on the A33. At the first roundabout, take the 2nd left onto the Reading Relief Road, passing the Stadium on your left. At the next roundabout (past McDonalds) take the first left onto Northern Way and follow signs to car parks.

Travelling by train to Reading Station is recommended due to busy roads in the area and in-demand parking at the stadium. Reading Buses operate a frequent R1 service between the Southwest Interchange bus station by Reading Station and the Madejski Stadium on match days.

Returning from the Madejski, services depart from Northern Way after full-time and operate for around two and a half hours. Buses will operate until 7.15pm.

Please note that you will need to pay in cash - £3.50 for an adult return and £2 for an Under 19 return ticket. For more information please click here.

Please be aware that stewards will be carrying out bag checks on entry to the stadium. We encourage you to only bring a bag if necessary and to leave extra time to enter the stadium.

The forecast for Sunday is set to be mostly sunny and 22 degrees celsius - a perfect afternoon for a spot of rugby!