‘We still demand more of ourselves’: Jacob Atkins’ thoughts post-Saracens 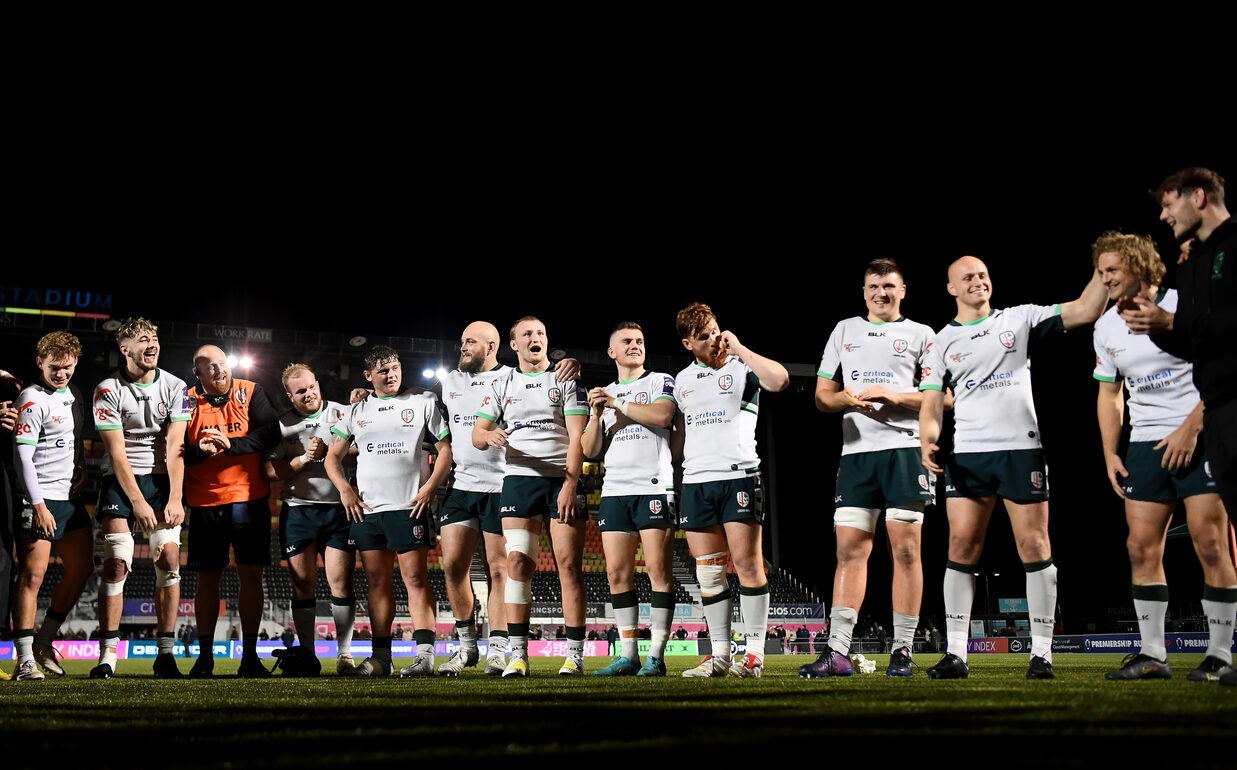 London Irish’s Jacob Atkins believes there is still more in the locker for the Exiles to give in the Premiership Rugby Cup and beyond, despite the west Londoners accruing maximum points from three cup outings this season.

Declan Kidney’s team walked away from north London with a win for the first time since 2014 in all competitions, impressing with yet another overpowering attacking display that saw them lead 38-7 at the interval.

A hattrick from Michael Dykes, an effort from Alexander Harmes as well as first Club tries from Facundo Gigena, Tom Hitchcock and Josh Basham rounded off the result to cement a first place standing in Pool 3 of the cup tournament.

Initially reflecting on the performance, Irish’s versatile back emphasised the gravity of picking up a win against the Men in Black in the third round of the Premiership Rugby Cup.

“It was a really good evening, the StoneX is a very tough place for anyone to come and get a result because they have one of the very best squads in the Premiership,” Atkins underlined.

“From their senior team to the team they put out for the cup games, they are a very deep squad with a lot of high-quality players.

“To come here and put up a big scoreline with a performance like that, is thrilling and one you not often get in your career.” 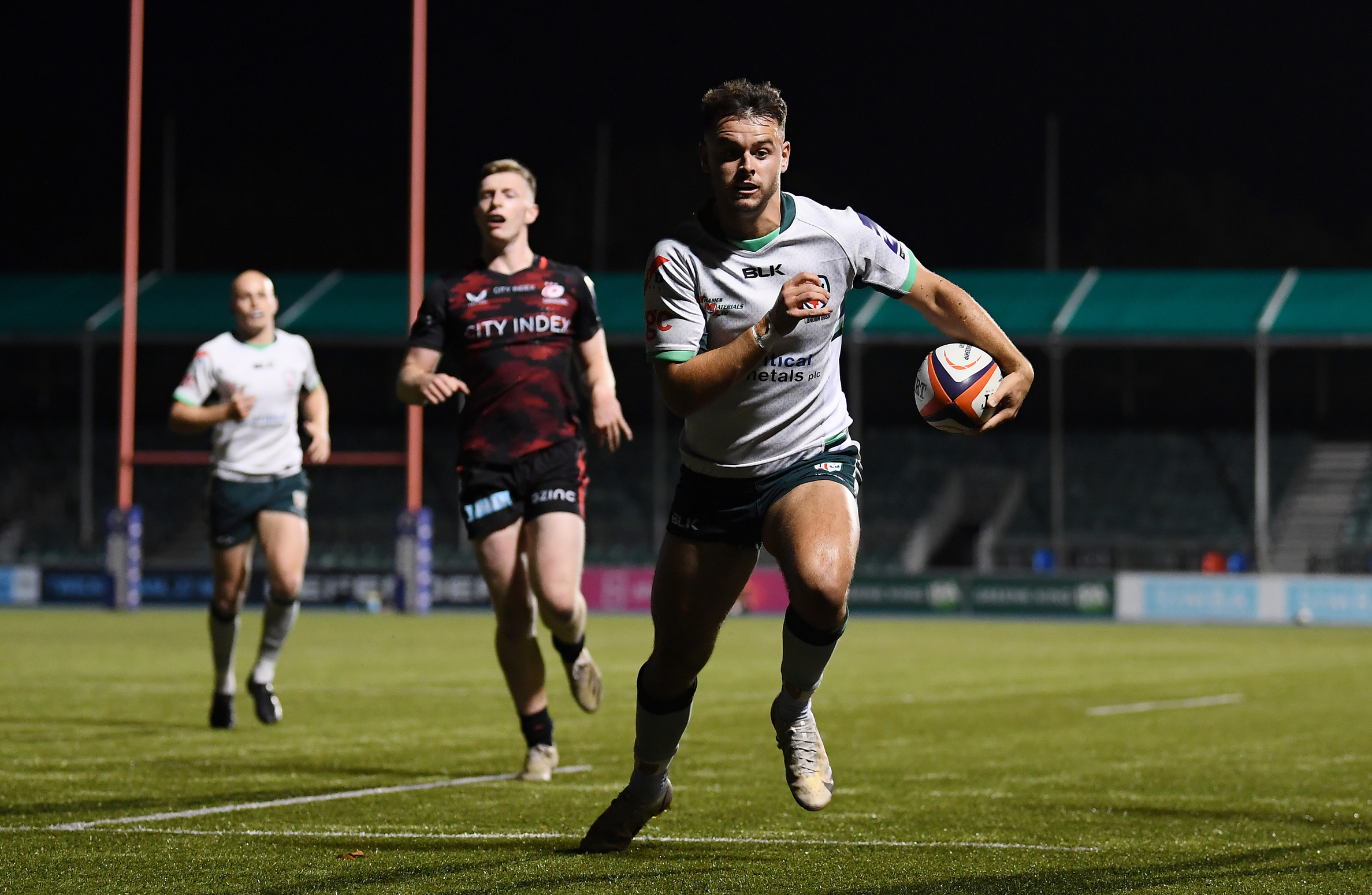 Despite the overall positive tint on the night, Irish nevertheless lost the second half 19-5 as Saracens dotted down three times to bag a try bonus of their own.

Atkins looked beyond the solid positioning of the Club in the tournament this term just as they did last season, addressing and acknowledging the urgent work-ons for the Exiles.

He explained: “Defensively in the second half, we slipped off a little.

“The exciting thing for me, especially with this group that are playing in the cup, is that we have three wins from three with 15 points and the players and coaches are demanding more, that it still isn’t good enough.

“To be in this situation to say we have things to improve on and we are looking forward to coming into training to work on these things, is amazing.” 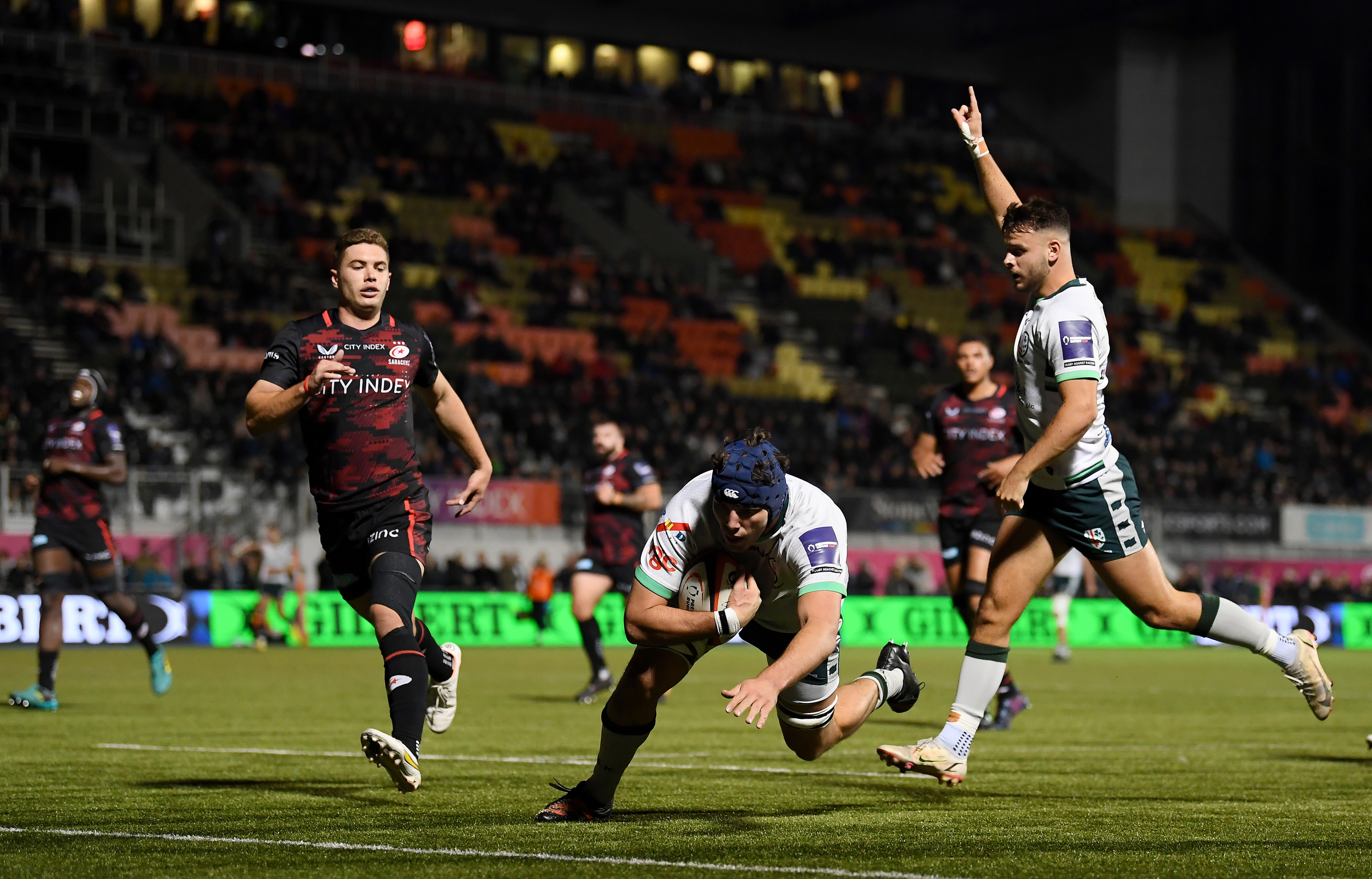 On an evening where new signing Joe Powell was introduced as a London Irish player for the first time, a prominent sentiment of bedding in new talent of all ages was underscored throughout.

Atkins was one of 11 Academy players, past or present, to adorn the London Irish jersey against Saracens as the Club continues to emphasise the strong production line typically associated at the Sunbury set-up.

Beaming with pride, a sense of achievement was prevalent amongst the team both on and off the park in another memorable midweek outing for London Irish this year.

“It’s absolutely fantastic, and on top of that I would add that the three coaches that took the lead tonight; James Lightfoot Brown, Jonathan Fisher and Declan Danaher, are all past Academy coaches as well.

“I remember playing games with some of those 11 when I was 14, 15, 16-years-old and being 24 now, I’m still loving playing with these guys just as much almost a decade on.

“Also working with those coaches for that time too, it’s a very exciting position to be in for the Club.

“Now, it’s about pushing forward and keep on developing on those mentioned improvements so that we start getting more lads into the Premiership at the weekend, and in turn, more lads into the cup team on that conveyor belt of talent.