‘We showed the strength in depth in the squad’: Declan Kidney’s post-Newcastle analysis 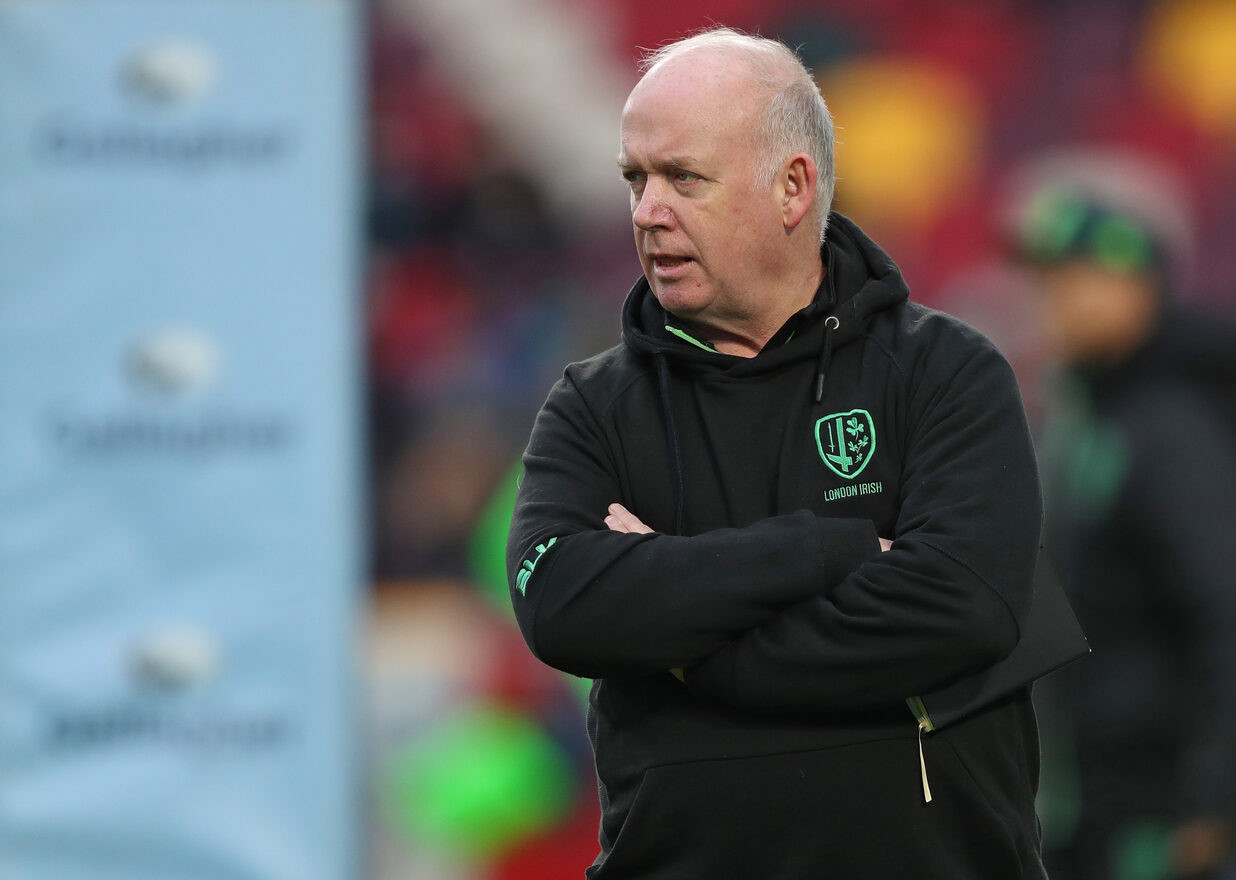 London Irish Director of Rugby Declan Kidney believes the quality throughout the squad was prevalent in Saturday’s Round 12 Gallagher Premiership win over Newcastle Falcons.

Being the Exiles first game at home in six weeks, Kidney’s men made it a homecoming to remember as his side registered five tries to win 39-17 at the Gtech Community Stadium.

Three of Irish’s scores were dotted down by replacements, and with the bench emptied in the second half, the boss duly credited the performances of his finishers on the day to come back from a four-point deficit.

Such was the challenge that Newcastle posed on the day, Falcons took the lead in the third quarter but the headstrong attitude of his Exiles on the day saw the home side to their second league win of the year.

"Being back at home is a big influence, we’ve been on the road for quite a few days, someone said it's been 43 days since our last home game!

“It’s a difficult way to run a sporting business, but credit to everyone in the organisation to keep a safe track and it was great that we managed to get a result,” Kidney stated.

“The scoreline probably does Newcastle a little bit of an injustice but we stuck at it to the end and we're delighted with the result, though we know there's still room for improvement.

“I can’t speak highly enough of the boys, we had a few things thrown at us in terms of injury, but it shows the strength in depth of the squad and the boys came through.” 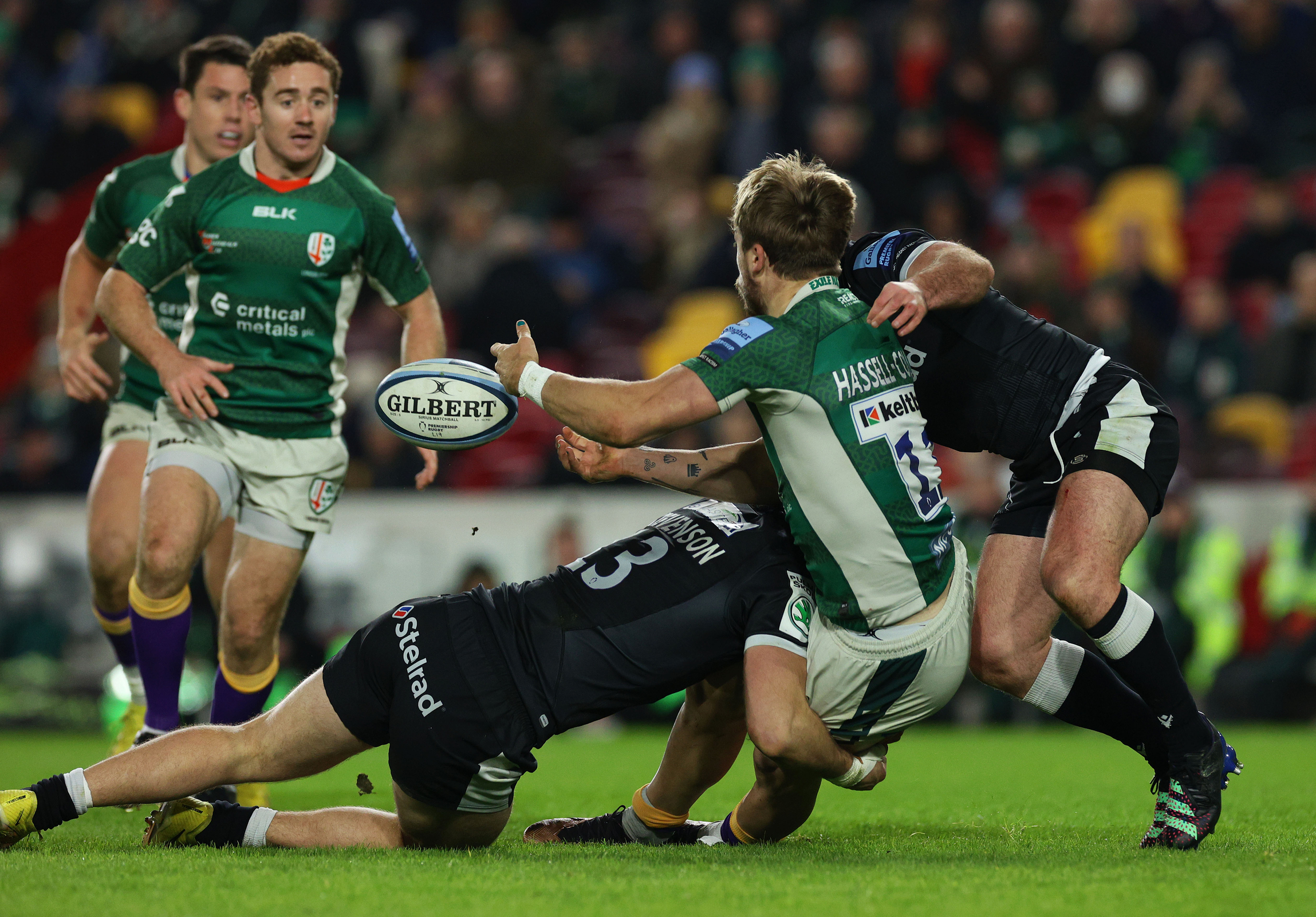 In Irish’s absence from their west London home, a winless run of form followed but the belief in the squad and their performances that picked up five losing bonus points this season shone through on the evening.

“Sport is a microcosm of life, there’s no point in getting down on yourselves and you have to work your way through it, and we done that.

“We were probably tentative in the first half; they had a couple of balls that rolled out to gave us field position back and it was tight for that first 50 minutes, but they came back strongly in those 10 or 15 minutes after half-time.

“It was at that stage we said, 'let's get going here' and I thought we played really well from there on in.”

Out of possession, Irish shone in their defensive output with strong sets that repelled the visitors in key moments of the second half.

The Boys in Green maintained their standing as the league’s highest performing side in regards to tackling percentages, completing 140/155 (90.3%) attempts on the evening.

As well as their free-flowing scores, Kidney was keen to credit the squad’s mindset when faced with a Newcastle team looking for their fourth win of the Premiership season.

He explained: "It has always been that combination of both, Newcastle have been scoring for fun with some great tries so to hold them to two tries was a real pleasing aspect of the performance.

“Those sets were absolutely massive in the outcome of the game.

“The tries are good and we’ll never take them for granted because we do a lot of work on that, but there’s a lot of work that goes on beforehand too.

“Teams are inclined to tire themselves out, gaps will appear towards the end of the game and they’re renowned for taking those opportunities also.

“We had a couple of good defensive sets and managed to take our opportunities when they came our way.

“I could’ve said the same thing in the last few weeks whereby we didn’t take our opportunities and one or two defensive sets that let us down, but that’s the tightness in all the matches." 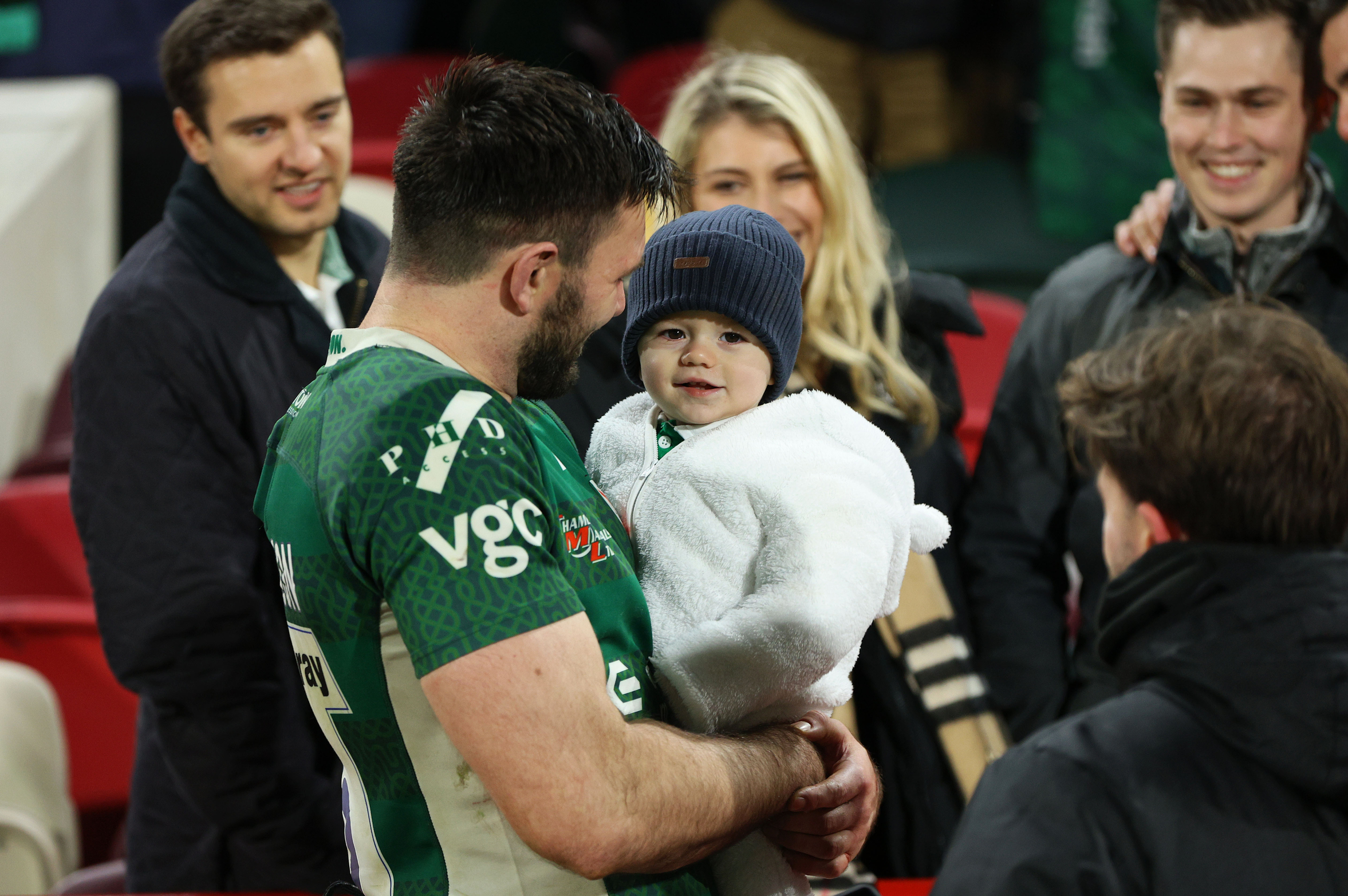 The evening, a massive occasion for Irish in terms of the context of the season, also allowed for personal accolades.

“That’s what it means to Matt, Oliver Hoskins also had 150 appearances too so the attention must go to those boys as well.

“They’re two big milestones, and I’ve had the good fortune to work with those lads from the day I’ve arrived, and they are a credit to themselves, their families and their team.

“When you have boys like that in your team, you know that you’ll always be there or thereabouts.”

The Exiles now take a two-week break from domestic action, with a first Heineken Champions Cup berth in a decade beginning with the arrival of Montpellier Hérault this Friday.

The Top 14 champions bring with them a unique skillset, Kidney commented, that will be another exciting challenge for Irish.

“The importance of the last couple of weeks is that we have been learning to win, all credit to the players to do that.

“When you have that hunger the last few weeks can give you, that’s what can happen.

“What we need to do now is use that going forward, it’s a new competition this week with new challenges, a different type of opposition with a different way of playing.

“It’s a good place to be after Saturday, a special thanks must go out to the supporters after the last couple of weeks, they were great again and helped to bring us through in those defensive sets.

“It’s brilliant for us, it’s the first time we’ve been in the competition for a decade and we’re the opening match, so the games keep getting bigger and better.”