‘We’re very lucky to have them’: Danaher on the travelling Exile Nation 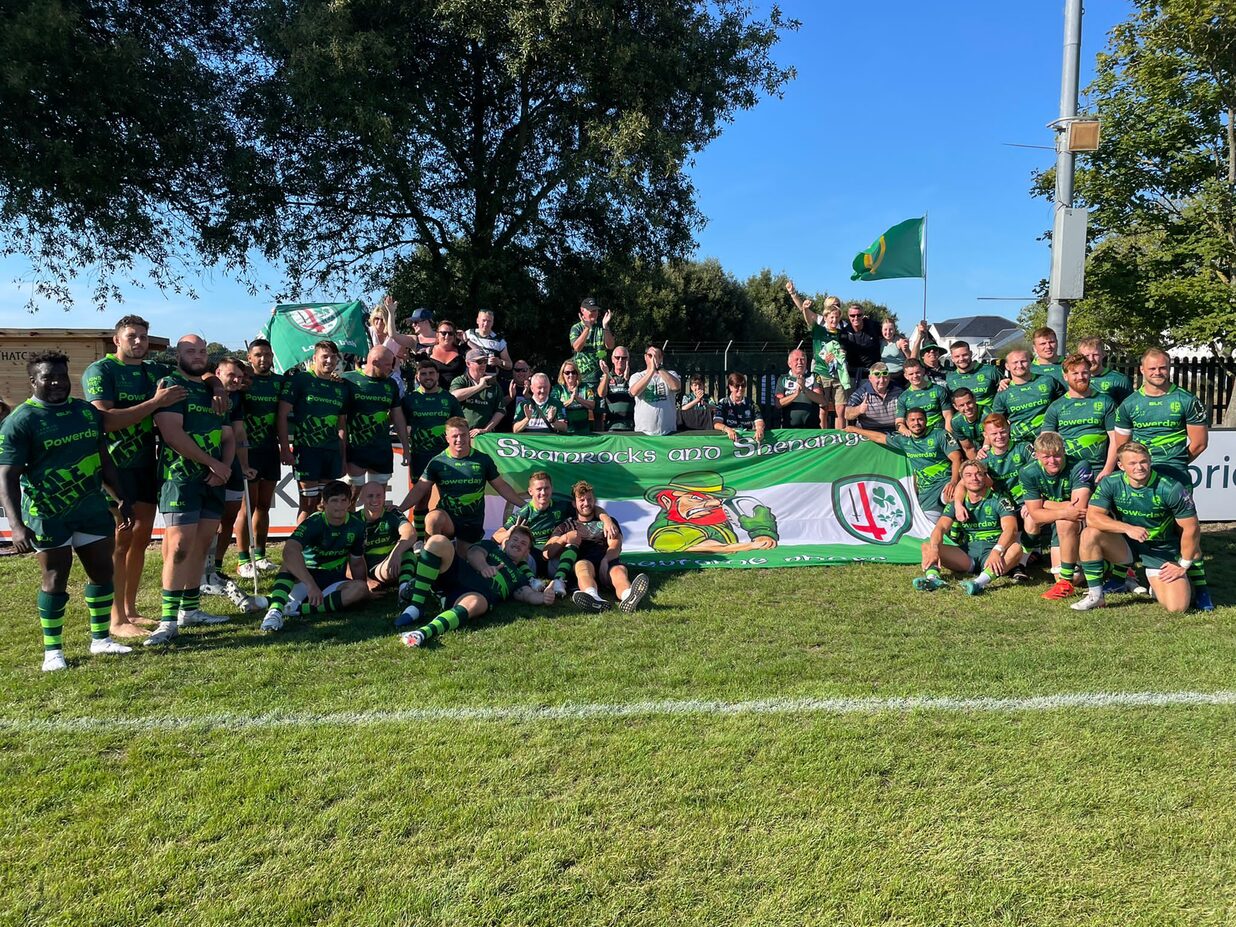 Assistant Coach Declan Danaher has applauded the accompanying London Irish support for their efforts as the Exiles clinched a narrow win in their first pre-season game against Jersey Reds.

Danaher thanked the travelling Exile Nation for their commitment to the Club and was not shocked at the numbers of attendees clad in green on the day, also stating “we’re very lucky to have them”.

With each opponent scoring five tries on the day, the result hinged on a Russell Bennett conversion to a Ryan Hutler score, which drifted clear of the uprights to ensure Irish’s first win at the Stade Santander International.

The character of the famous ground is what makes pre-season trips for the Exiles, and between the booming noise of nearby Jersey airport, Danaher commented on the takeaways for his side in their first pre-season run out.

“It was great to get 31 players game time, we had two groups of 15 plus Joe Vajner and Tom Hitchcock, who came on for us in the second half and was one of a few new faces here with us today,” Danaher discussed.

“It was brilliant seeing them in an Irish jersey.

“There are certain areas we’ve targeted in pre-season, and starting tonight, what I think this game is going to allow us to do is to go and focus on those areas and measure how much success we have had today and if we have grown.

“That will be a good lead for us to go into Munster and then into the Premiership season.”

London Irish is on the road once more next week, with a visit to the homeland to take on Graham Rowntree’s Munster Rugby side to compete for the Jack Wakefield Memorial Trophy.

The storied meeting of the sides, with it being the tenth encounter in 15 seasons, will be the Exiles final exhibition match before the opening Gallagher Premiership match against Worcester Warriors, and Danaher is satisfied on the key findings from the Channel Islands approaching the fixture in Cork.

“Having been here twice before I know how much of a tough place it is to come, Harvey’s [Biljon] got a good group of players here and they were battle-hardened from playing Leicester Tigers last week.

“The pleasing thing is that the lads came out and looked sharp, it’s a positive thing and I can only see that improving further.

“It’s also nice to actually pick up a win, having come here twice before and come away with nothing.”

The positive experience in Jersey extended beyond the rugby pitch, with the squad tasting what the typically hospitable island has to offer.

Danaher expressed: “I’ve massively enjoyed coming here in the past- bar the results- but it’s a wonderful island.

“The nicest thing since coming over in the last 24 hours is seeing the boys mix as a group, this morning the lads were out on the beach having a coffee and walking into the town to look around together.

“The lead up to the game has been really relaxed on Declan [Kidney] and Les’ [Kiss] part, and when the boys have had to step up and perform they’ve done exactly that ,which has pleased us all as coaches.”

London Irish’s longest serving player of the professional era has experienced many a large following on away days, and this weekend was no different with a big quota of the Green Army in fine voice.

“It’s no surprise that there are so many Irish supporters here in numbers, they love the trips down here as much as we do!

“We have such a special Club and the people who come week in, week out, they know who they are and it’s great to see them enjoy this experience alongside us.

“I know it’ll be the exact same next week against Munster and back again for Worcester too, I can only thank them because through thick and thin they’re there to follow us.

“They’re a massive part of us when things go well and to see the guys with the flags getting their photograph with the players, they’re great memories for them and the players alike- we’re very lucky to have them.”