‘We possess a belief and resilience in this squad’: James Stokes on an Exeter test, Irish personnel and a dogged attitude

London Irish’s James Stokes has underscored the fortitude of the Exiles squad at present, as Declan Kidney’s men travel south to take on Exeter Chiefs in Round 10 of the Gallagher Premiership.

In a tricky patch of league form, the west Londoners are searching to reverse their fortunes against Chiefs in wake of some closely contested losses to Gloucester Rugby and Harlequins.

Stokes outlines that the squad are acutely aware of “what this league is about”, with every fixture a challenge, and now face a team they have beaten in three of their last five meetings.

Irish return to the field after a week away following the suspension of the Round 9 fixture against Wasps, with Stokes and the side “savouring” the opportunity of securing more points for the Club.

“We have not had the best start to the season so every opportunity we get to go out there and right some wrongs is something look forward to and savour, particularly at Sandy Park,” Stokes said.

“It’s going to be a great day down there, and a bit of a more personal one since my family live about 10 minutes away and there will be a big party of them coming down - my mum has a Chiefs doormat outside their place, but my shirt is up in the house!

“I remember going to Sandy Park as a youngster in 2008, I have experienced over the years what that ground is like, what a partisan crowd it is, and what a brilliant crowd it is.

“We do have positive memories of going there recently, conditions probably won’t be great with the ever-changing Devon climate, but we’re prepared for all weathers and an all-around great occasion.” 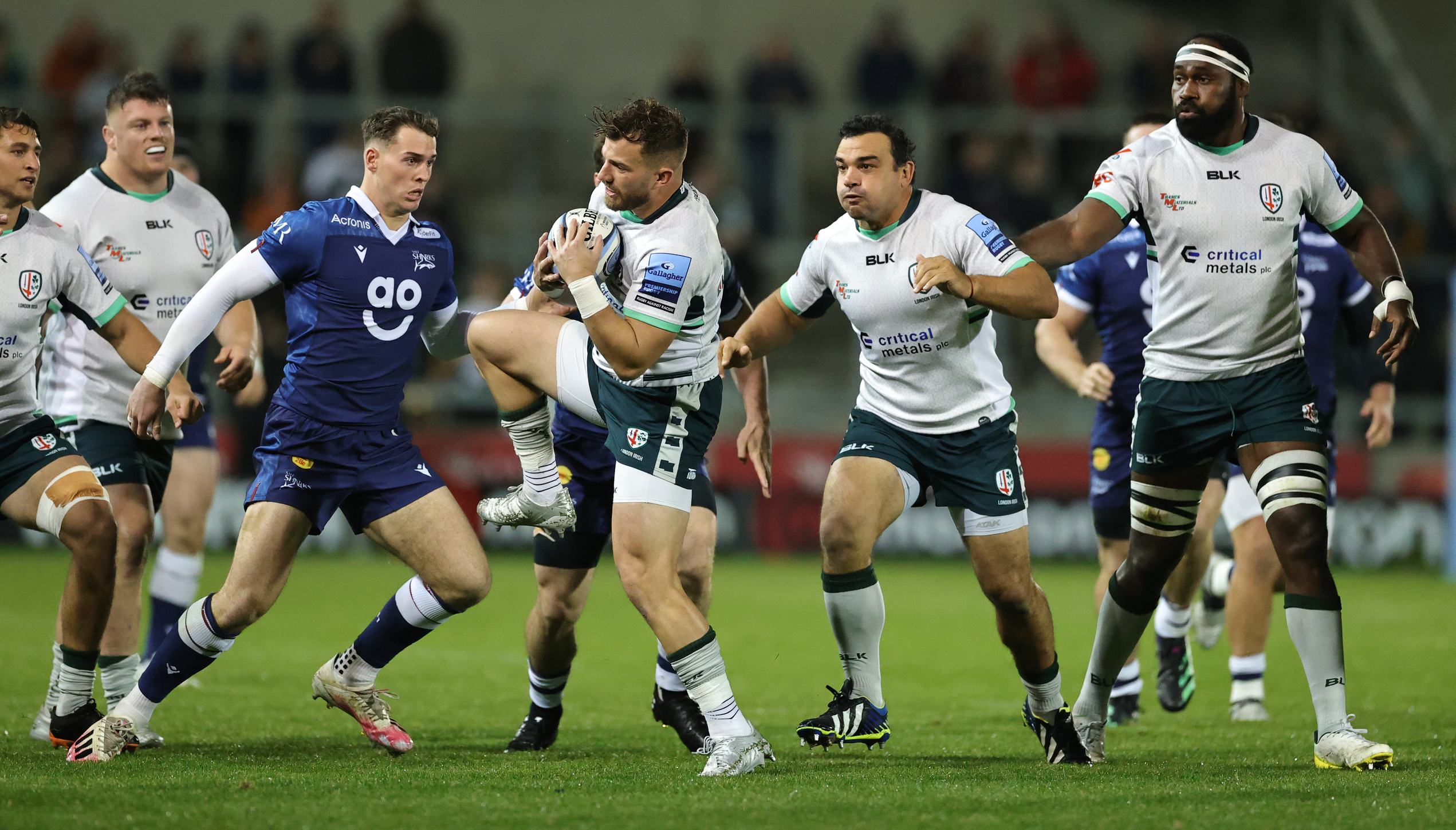 The narrow nature of recent defeats for Stokes and co. would be hard to take, but the typical determined attitude associated with the Club is rearing its head once more.

The 31-year-old talks about the mental framework the Exiles are operating in search of an ascent up the Premiership rungs.

“We’re nearly there in so many little nuances of the game, but we will continue just do what we do and keep working hard in training.

“We had a similar start last year, but then we went on a great run and were competing for the top four in certain parts of the season.

“We possess a belief and resilience in this squad, and we as a squad are aware of what this league is about because every fixture is a tough game.

“Sometimes, you will come out on the wrong side of those results, but it’s about how hard we can work and become better every day.

“We are a confident group and we believe in how we play, but sometimes it’s potentially about not playing as much and working in the right areas of the field, and not maybe trying to plug a corner here and there.

“We’re probably one of the most exciting teams to watch in the Premiership, it doesn’t always correlate into results but focusing on our own game will help us move up the table.” 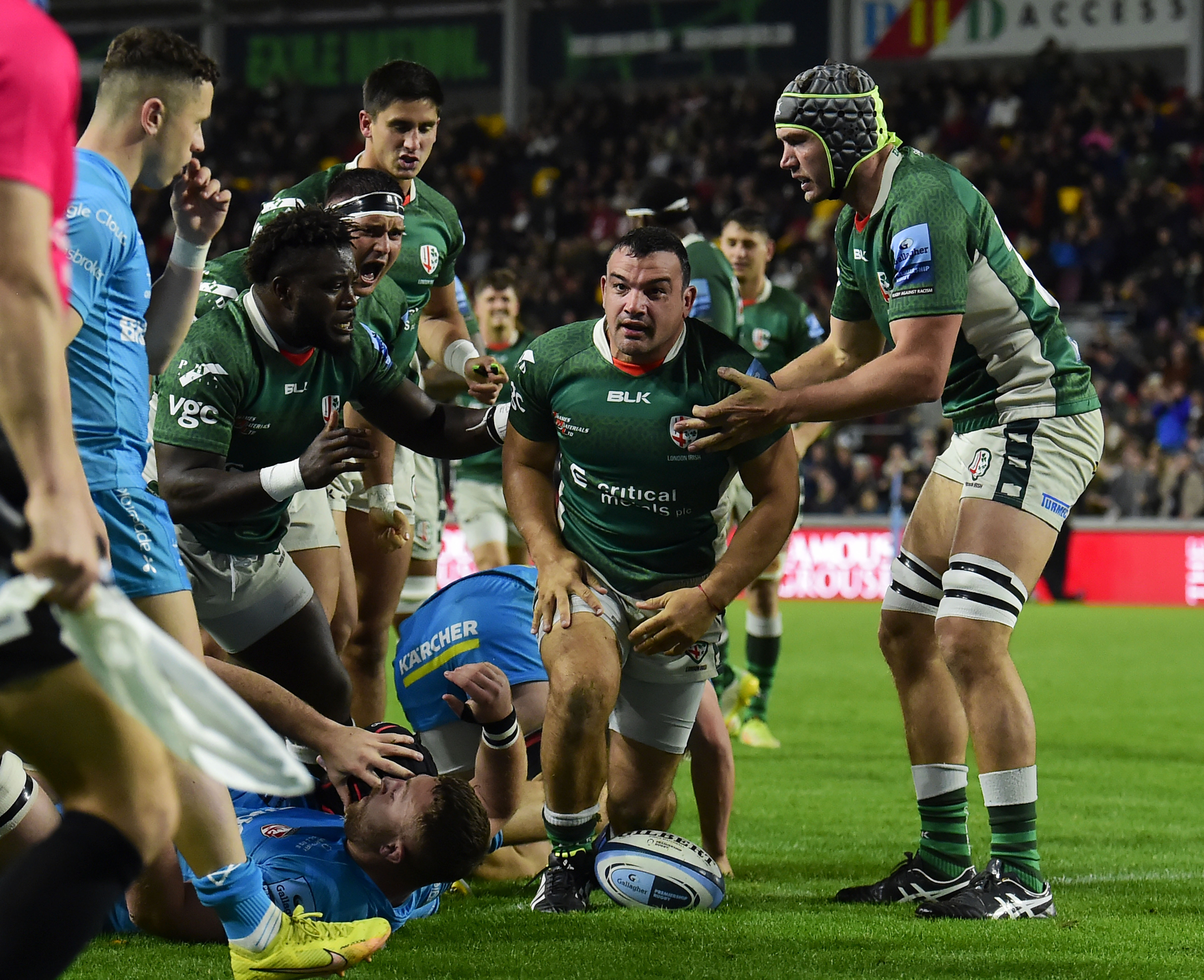 Irish’s entertainment value is represented in their attacking output this season, averaging the most tries per match (4.1) and third most points scored per game (29.9).

Being included amongst such personnel, Stokes played his part in one of the Club’s standout tries of the season in assisting Ollie Hassell-Collins’ sweeping score against Quins in Irish’s last outing.

A growth in the veteran back’s style has seen him become integrated further into an “all-court” style of attacking rugby.

Stokes explained: “Before I came here I thought I was quick, and then I met all the young lads coming through and they taught me new stuff.

“It’s great though, we’re all on the same page, we want to run the ball and pick the right options.

“We communicate all the time and do our homework on other teams, and as I say, being on the same page we can all click and when it’s right, we’re near unstoppable.

“Our backs game is a bit of an all-court game, it doesn’t matter position you play in our shape, you can find yourself anywhere on the pitch but you have to be ready to step in.

“You also need to be adept at those skills, I used to be a purely running threat player whereas now, I have this responsibility to distribute to everyone, which I am quite proud of.

“You need to be versatile and be able to carry off those skills, I have worked on my handling and carrying game but as I get older, I might move a bit more infield!”

With reputable offensive capabilities, Stokes believes Irish’s standing amongst the league has been elevated in recent times, he and the team and are ready for another challenge this weekend in the West Country.

“Our game has evolved from a few seasons ago, teams do have respect for our attacking unit but many teams struggle against it when we’re on song.

“Teams may have seen us as an easy fixture once upon a time, but now they know we’re going to run the ball and give their backs a good test, whether they come to Brentford or if we go away.

“Teams have to take notice of us in every area of the pitch, because we’re always prepared to go.”