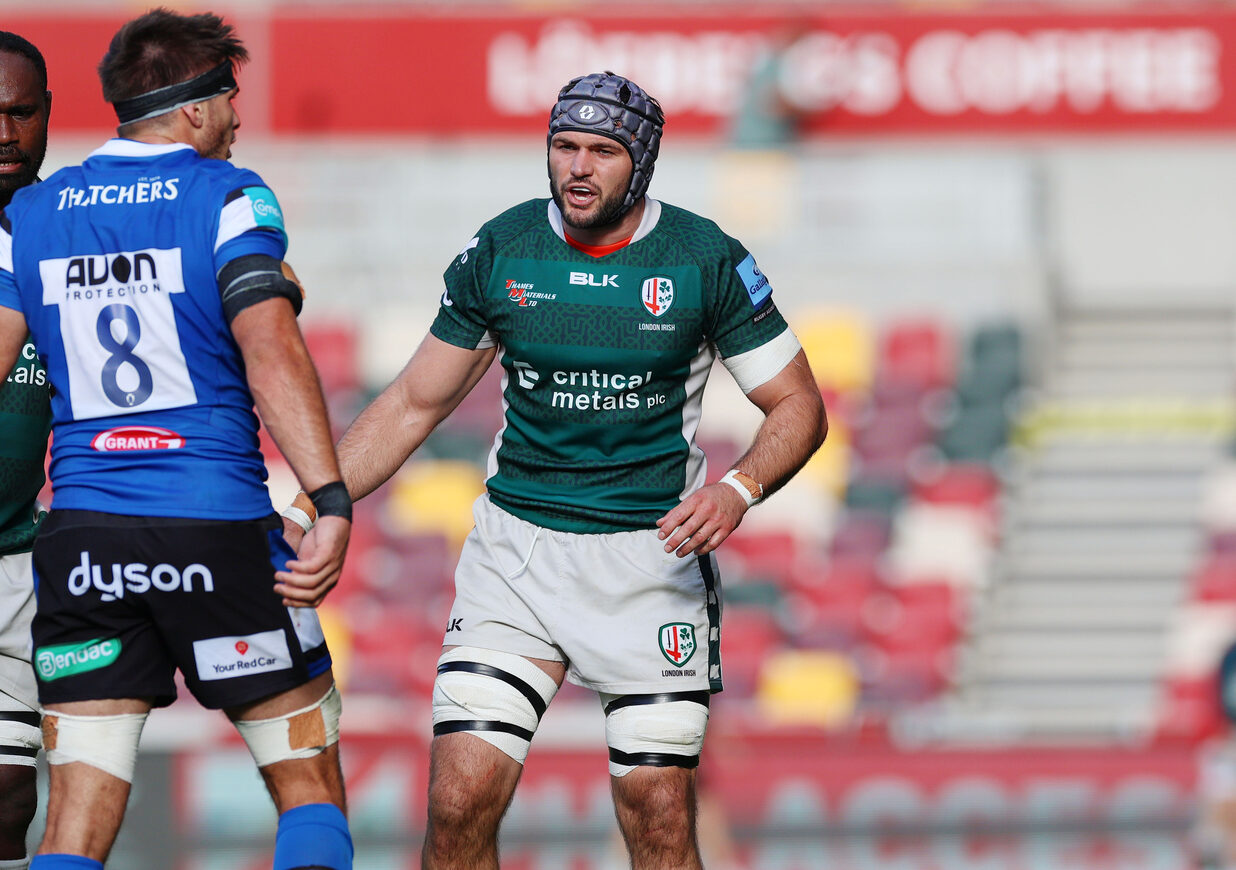 London Irish captain Matt Rogerson has stated that the squad are aware that they can “be better” following a seven-try, 47-38 win over Bath Rugby in the Gallagher Premiership.

In his third game for Irish this term, Rogerson and co. blew the opposition away in the first stanza- scoring five of their seven touchdowns in the first half, alongside capping the men in Blue, Black and White to an unconverted Gabriel Hamer-Webb try.

What followed was a Bath retort that pushed Irish to the final 10 minutes, before Paddy Jackson’s try pacified concerns of a Bath fightback in vain of their games against Bristol Bears and Wasps.

Rogerson analysed what his squad can do better with the benefit now of a bye week in the Gallagher Premiership, as the Exiles sit in the top six of the division after a month of action.

“First and foremost, we’re very pleased to get the five points because that’s difficult to do against any team in the Premiership,” Rogerson expressed.

“In the first half, we were very clinical and took our chances well, but in the second half we let them back into the game off the back of our own errors.

“Whether that was our handling or our discipline, and particularly around the breakdown.

“We mentioned after that maybe against a team where we hadn’t built such a margin of points in the first half, they would have a chance to come back in and potentially win that game.

“I think we know that we need to be better.” 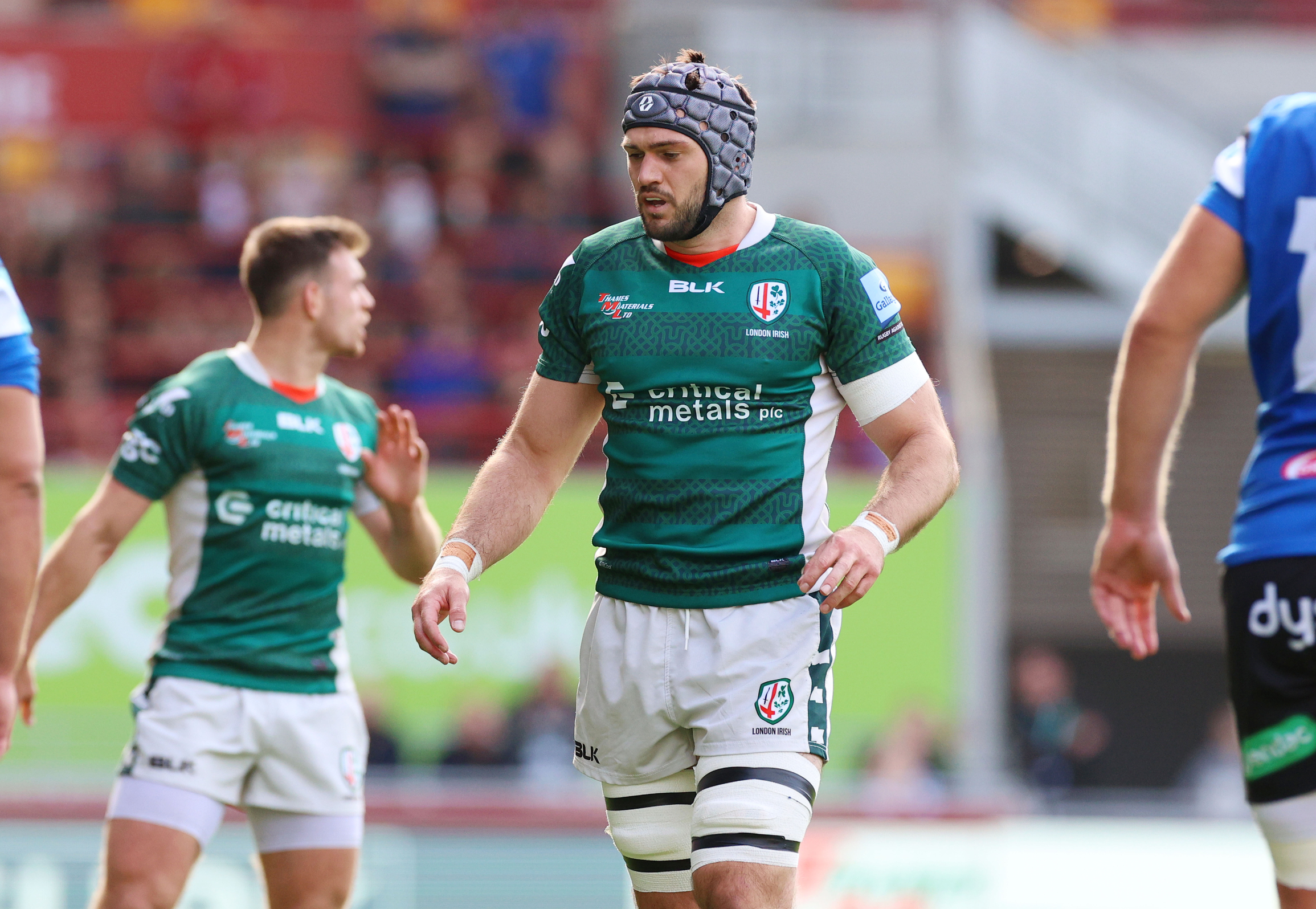 After being awarded the captaincy for the second consecutive season in recent weeks, Rogerson’s experience in his time with Irish means he is aware of the importance of not slipping into comfort in games like Saturday’s and throughout the season.

“I think there is an element of that, if you feel that the pressure is off sometimes those errors can creep in.

“As professionals, we have to take it upon ourselves that in regards to the scoreline, we have to get on task and deliver what we need to, regardless of whether that scoreline is favourable towards us or not.

“I think that is a big learning for us, we have got a lot of young guys with us in this team that are playing really well, but it’s having that maturity in knowing that it is an 80-minute game and that we have to deliver for the whole time.”

With a 92.6% tackle success rate, Irish had one of the round’s highest percentages in the Premiership after already maintaining the best in Round 1 (95.2%) this year.

Irish’s first two tries arrived off penalties won in their own half before attacking progression up the Gtech Community Stadium field, with Rogerson keen to credit Irish’s defensive efforts and attacking mindset.

The captain outlines how Irish worked as a “collective” in order to produce the rewards in their lethal transitional rugby in Round 4.

“I think it shows what we can do as a collective and when we’re working well as a team.

“Those tries show our defensive effort, and that’s a 15-man job as a team to make sure we’re hunting hard and win collisions.

“We transition very well from D to attack often and that is the DNA of what we’re about, but we have to make sure we deliver that across the whole game.

“We can’t allow teams back in with easy ins and coming away from our game plan, we have to be on it for the full 80.” 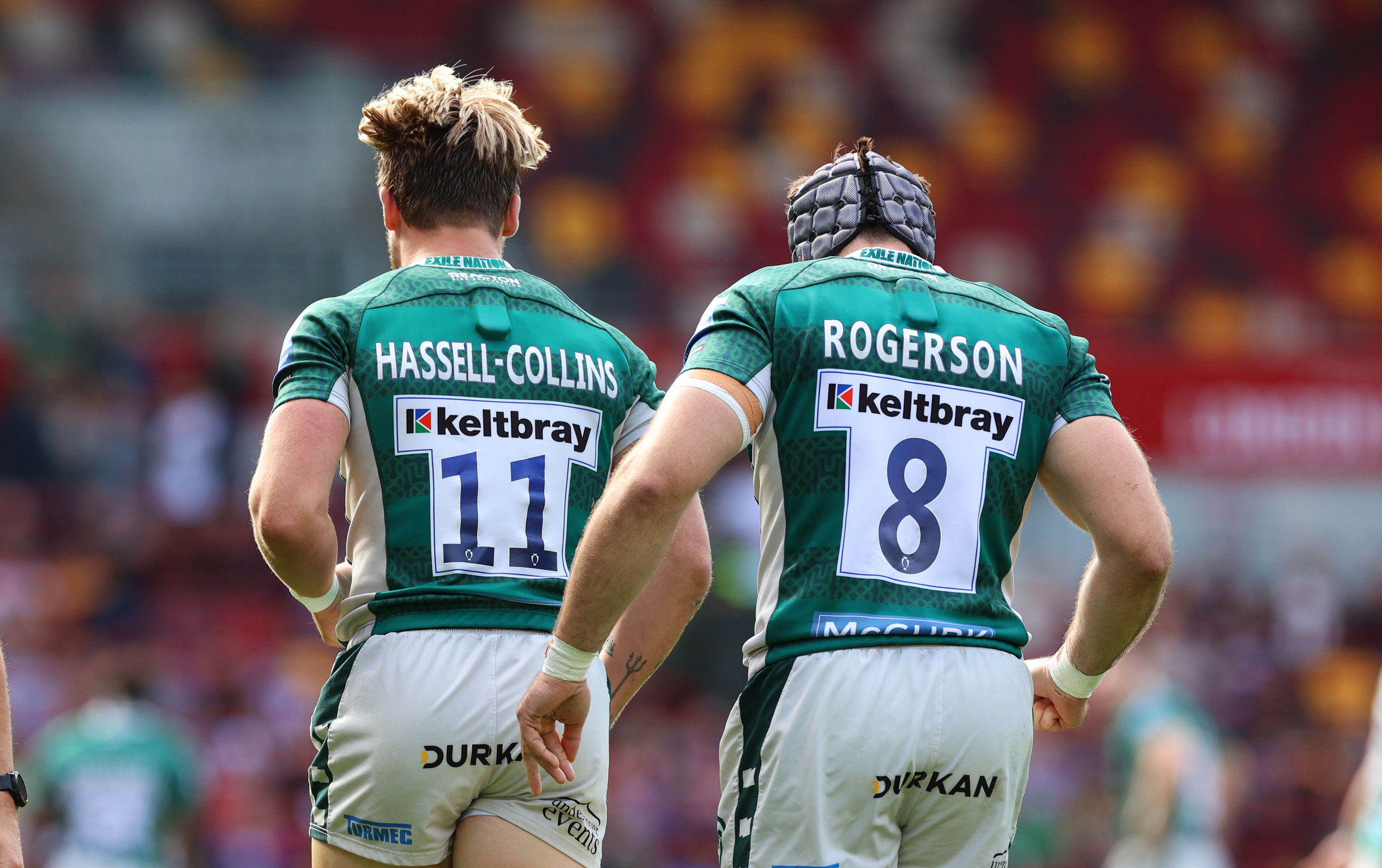 Rogerson also spoke of aiming to make the Gtech Community Stadium a fortress this season, and the Exiles have gone the right way about it so far.

The west Londoners, who now have a 100% record at home in all competitions this season, have picked up two bonus-point wins in the Gallagher Premiership but there is still “work to do”.

“It’s massive, it’s a statement we wanted to put out there as a group from the start of the season that we don’t want to lose games here.

“It’s a big statement to make, and it’s going to be very hard to do that because there is going to be a lot of good teams coming to this ground.

“We talk about making this stadium of ours here a fortress, winning two games from two here is a good start but we’ve obviously got a lot of work to do still in order to continue that on throughout the year.”