‘We have a lasting belief for the second half of season’: Janse van Rensburg on home encounter against Bristol 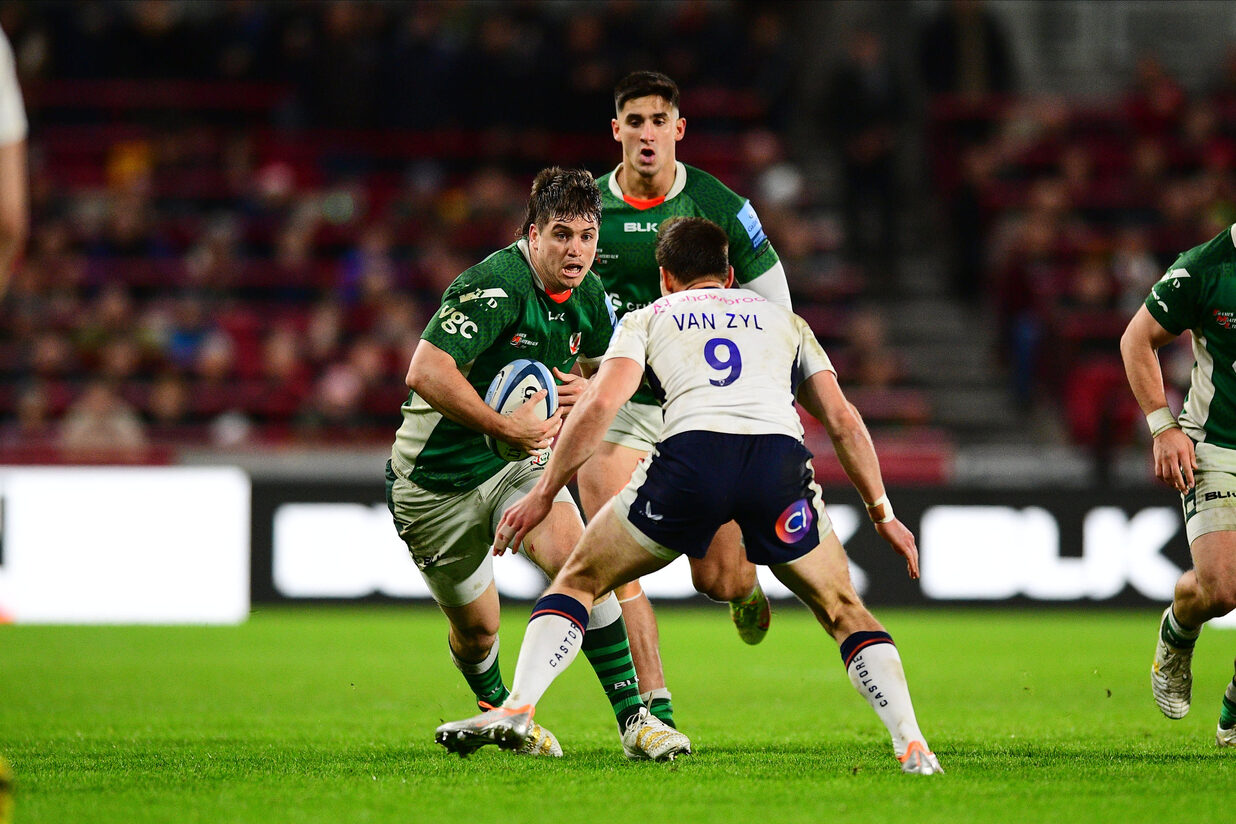 London Irish’s recent home form has given the side cause for optimism as the Exiles begin a new year, Benhard Janse van Rensburg has revealed.

Having lost just once in the league this season at Gtech Community Stadium, Irish still need to seek an uptick in points returns against Bristol Bears after a loss to another West Country team last weekend, Gloucester Rugby.

The Exiles are riding high in recent days after a extending their unbeaten domestic streak at home to three games, qualifying for the Premiership Rugby Cup semi-finals with a win over Bath Rugby.

Sitting back in the stands to spectate on the goings-on at the Gtech in midweek is a luxury rarely afforded to the midfield powerhouse, but it was one he enjoyed, nonetheless.

“It was good to see what the younger players and some new signings could do, it was fun to watch from the sidelines for once!

“They did a great job and everyone at the Club is proud of what they achieved, it’s a good building block to see what the Premiership could be like for them,” he commended.

“Getting that home semi-final was our target and hopefully we can take it all the way this season.”

For the first team, the reverse on the road at Kingsholm tested Irish’s mettle in adapting to a much more conservative, kicking oriented affair against the Cherry and Whites.

Having held out until the last play of the game, Santiago Carreras’ penalty meant Irish walked away with a losing bonus point, with the South African reflecting on the game. 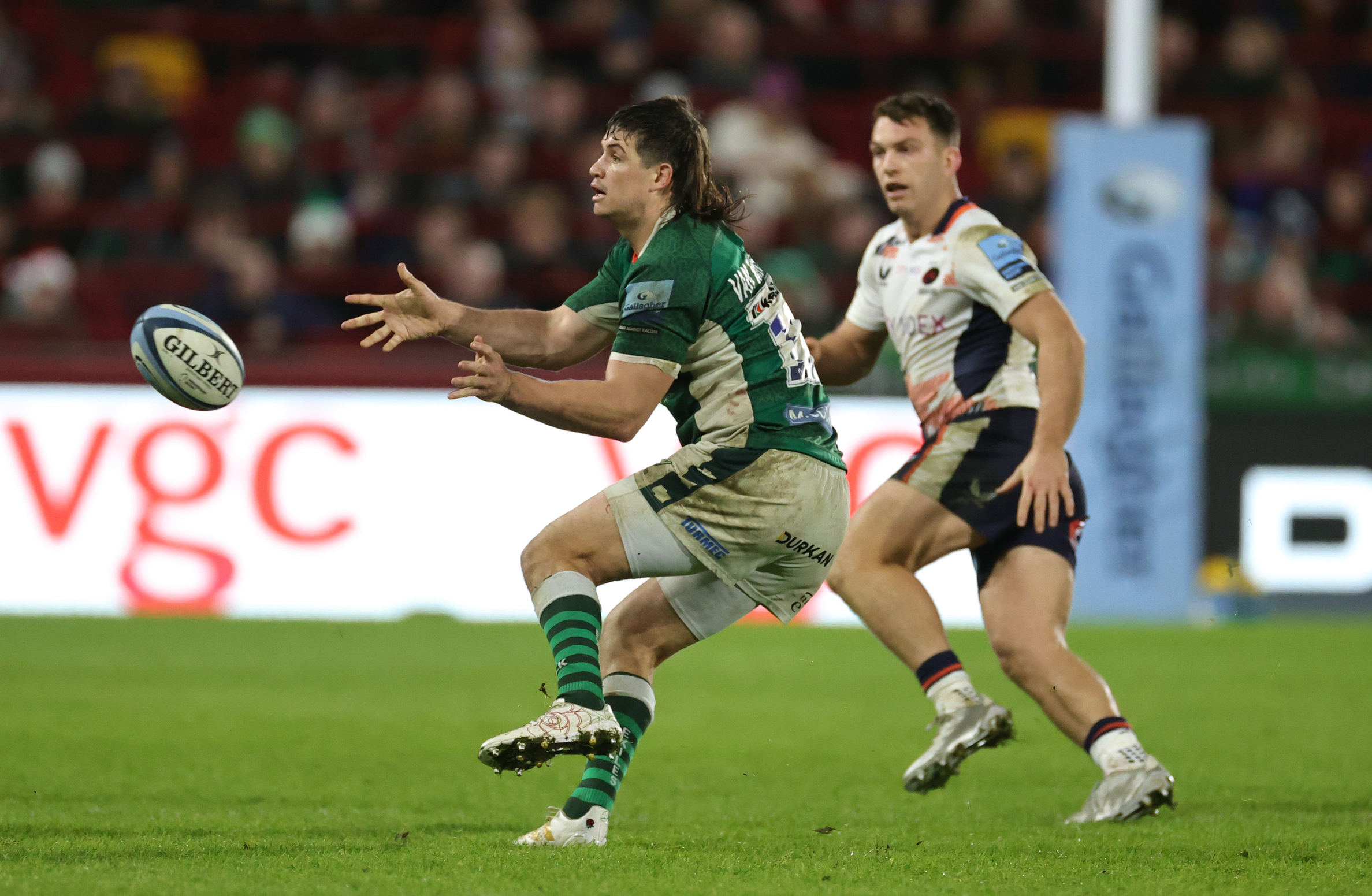 “For Irish, we are not always involved in low-scoring games like that.

“The weather wasn’t great, so it was a bit up and down for us but there was a fair amount of peaks in the games.

“It was just one of those games, we still felt in it through the last few minutes and if we won it at 6-5 we would have been happy, even though we didn’t score a try.

“It was messy, with a lot of kicks, scrums, lineouts but it was one we couldn’t get over the line unfortunately.”

Despite the loss, an unwavering determination still remains in the squad as the Boys in Green enter the second half of the 2022/23 season.

“We were definitely gutted after Gloucester, it’s a game we had until the last minute or so but we have shown in recent weeks what we are capable of, especially at home in front of our crowd.

“The Saracens game was a brilliant experience for me and the boys, and it definitely left a lasting belief in us for the second half of the season.

“Before we played Saracens they were unbeaten, and the result they got against Exeter Chiefs really shows the quality of that Saracens team.

“With just three away games left in the league, we want to match that energy from our home games and carry that into games away from home too, and hopefully cause a few upsets.” 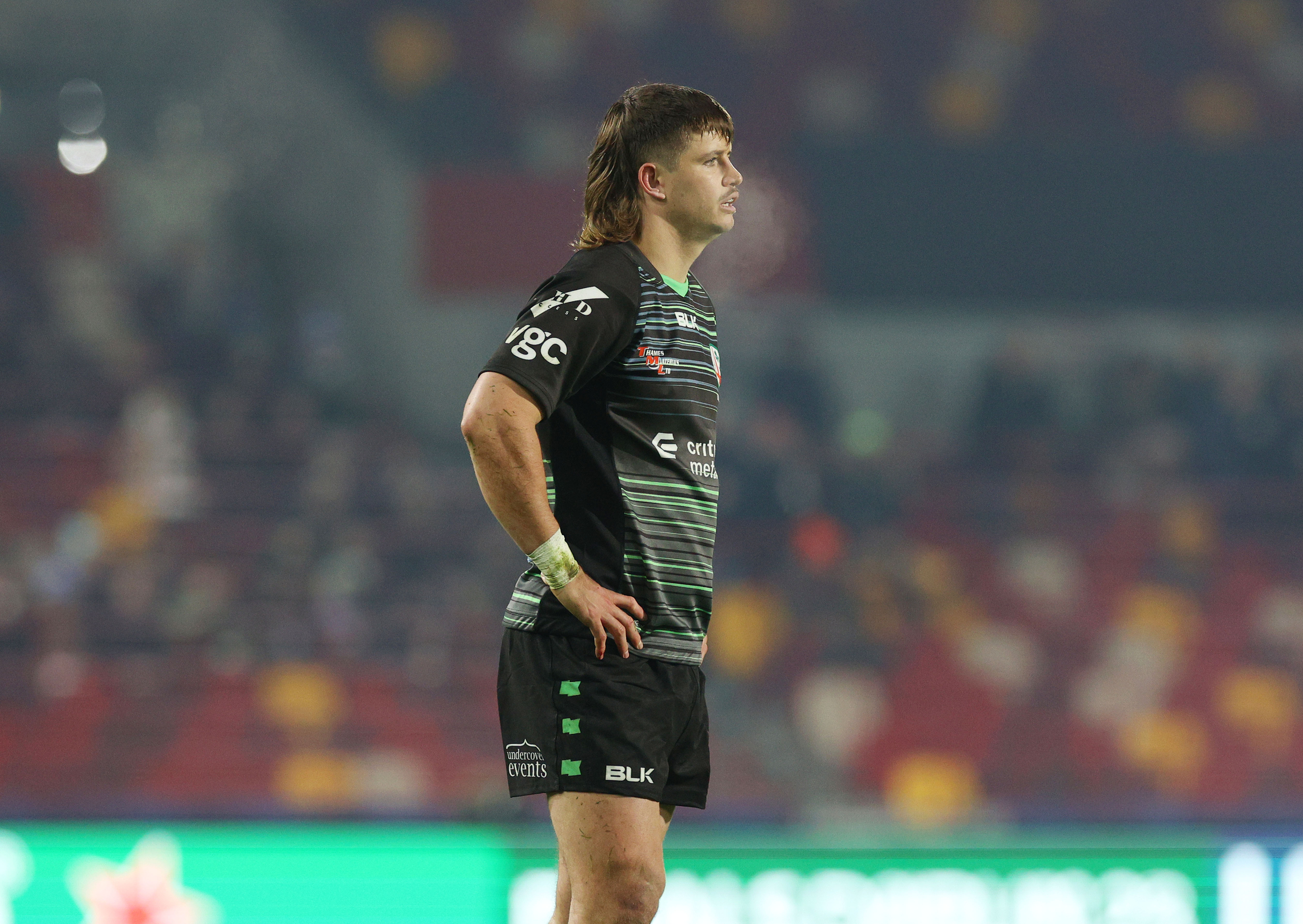 Pat Lam’s side make their way to Brentford this Sunday, a team very much in need of another addition to the win column with their start-studded squad belied by their basement standing in the Gallagher Premiership.

Bears are nonetheless unbeaten in their last four matches across the Premiership and also the EPCR Challenge Cup, most recently picking up a win down the Thames at the Twickenham Stoop against Harlequins.

With just a point separating the two Clubs entering Round 15, Janse van Rensburg anticipates another thrilling encounter that has characterised the thrilling league season so far.

He concluded: “I think they are on a high, but the competition this year is so close and most teams are within 10 points of each other.

“The tightness of the league will give belief to a lot of teams that they can do really well this year and break into the play-off spots, this weekend will add to that excitement.

“We as a team know that we will need to play well and that two or three wins can change the picture of the table, especially with us being at home, but we are focusing on our processes and taking things game for game.

“The coaches mentioned that the average points scored in this match is up in the 60s, so we look forward to putting in another great performance and hopefully come out with an important result for the team and our fans.”