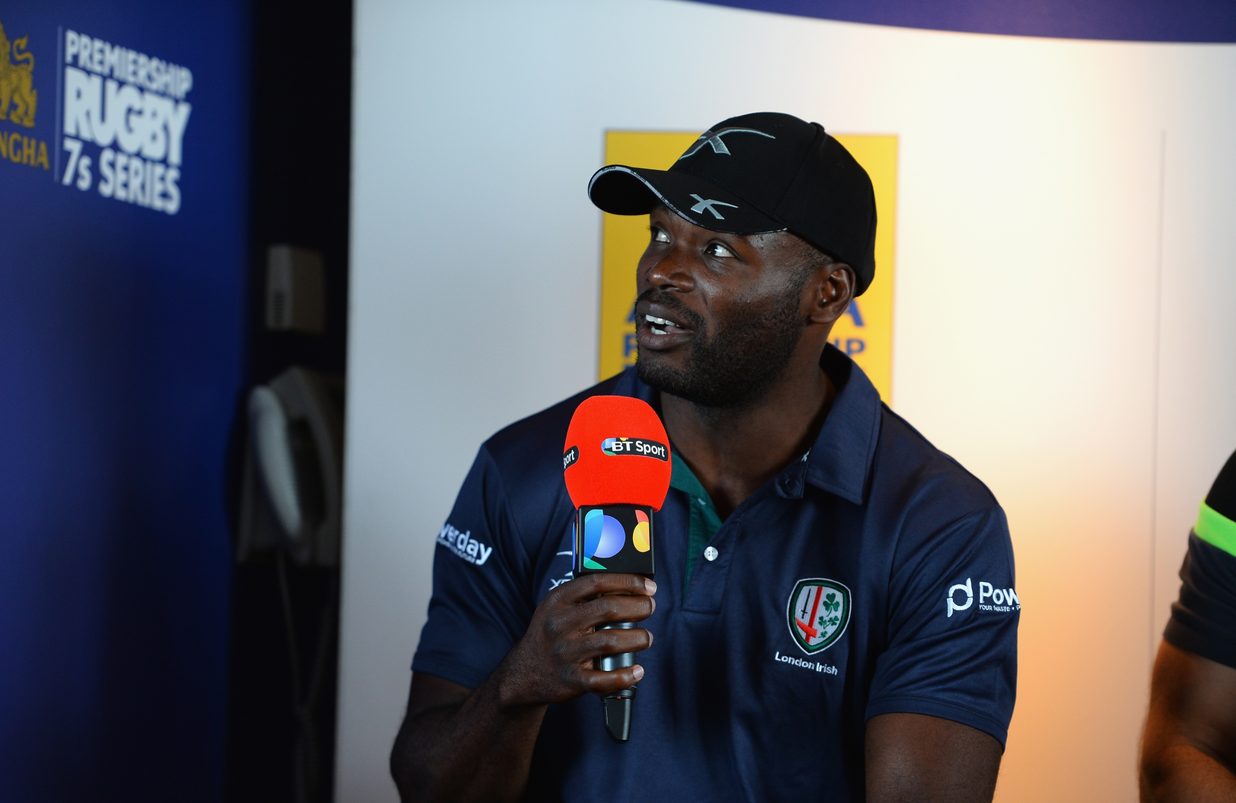 With six weeks to go until London Irish lock horns with Harlequins in the iconic London Double Header at Twickenham, Topsy Ojo has rekindled his memories of the season opener.

Speaking to LITV, the club stalwart who is set to embark on his 14th campaign with the Exiles, says the supporters play an integral part in creating those standout moments.

“From the moment the team bus pulls into the stadium and moves through the car park, you can see a sea of green welcoming us,” said Ojo.

“The noise and excitement from the supporters is incredible, and that’s before the game has even started.

“It’s a special feeling to see the stadium filling up with London Irish supporters and when the match gets underway our supporters are unbelievable.”

Club record try-scorer Ojo is now closing in on Justin Bishop’s appearance record of 280 having played 275 times for Irish during an illustrious career.

Delighted to see the Exiles involved in the showpiece occasion, the England capped winger said: “There’s an added excitement to be involved in the London Double Header this season as we can mark our return to the Premiership at the home of English Rugby and the guys are really looking forward to the day.”