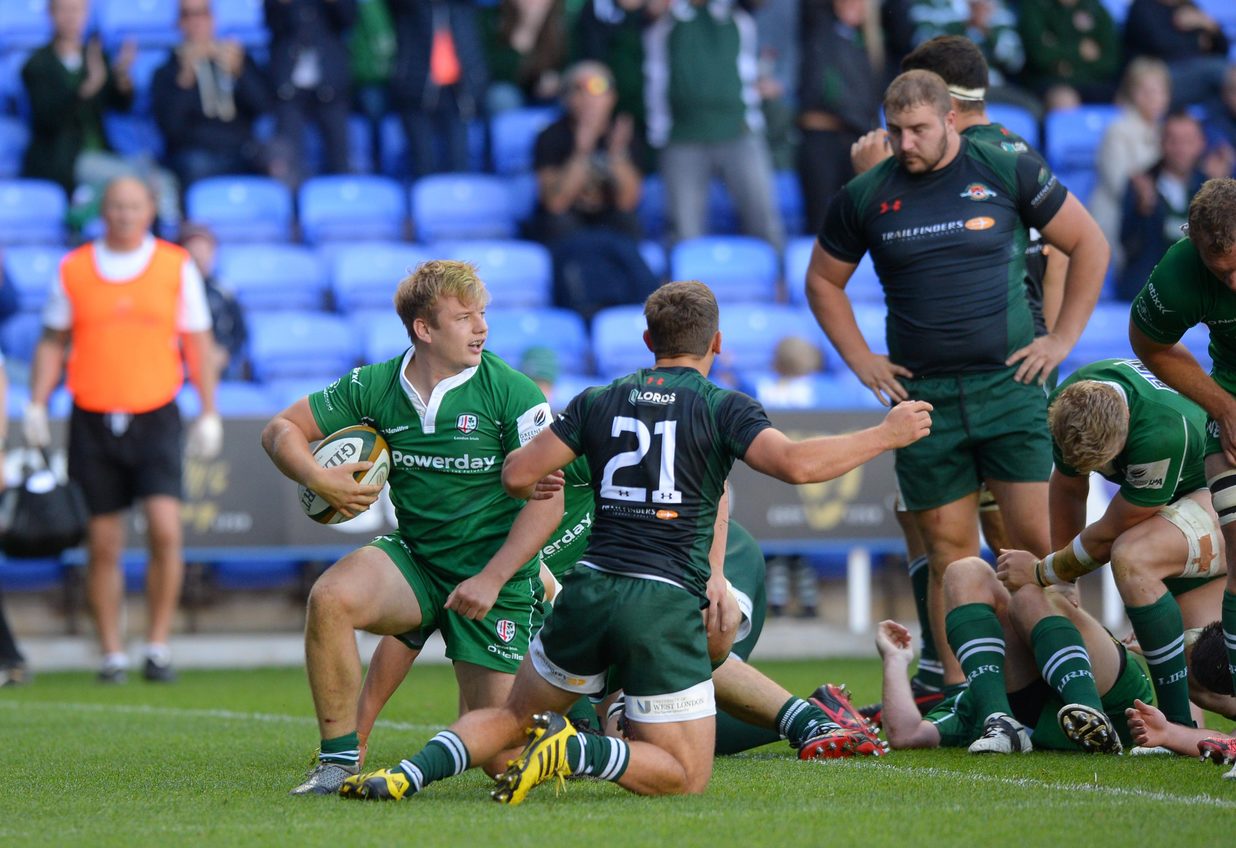 London Irish scrum-half Scott Steele is set to make his 50th appearance for the club when his side visit Cornish Pirates in the Greene King IPA Championship this Saturday (kick-off 1pm).

Steele, 23, who made his Exiles debut against Harlequins in the London Double Header in 2014, is delighted to have reached the milestone and is keen to mark the occasion with aplomb.

“I’m really looking forward to making my 50th appearance and hopefully we can come together as a team and put on a good display,” said the Scot.

“We’ve been playing well of late, and to get the performances as well as the wins has been the most pleasing aspect of our game in recent weeks,” he added.

Nick Kennedy’s men have racked up eight league wins out of eight to cement their place at the summit of the Championship table, six points clear of Yorkshire Carnegie.

Steele is expecting an attritional battle against a side that will be backed by a vociferous Pirates following at the Mennaye Field.

“Cornish Pirates will be a tough battle for the boys and we are prepared for a very physical test – we’ve watched them on the video and they clearly have threats that we will have to counteract,” he added.