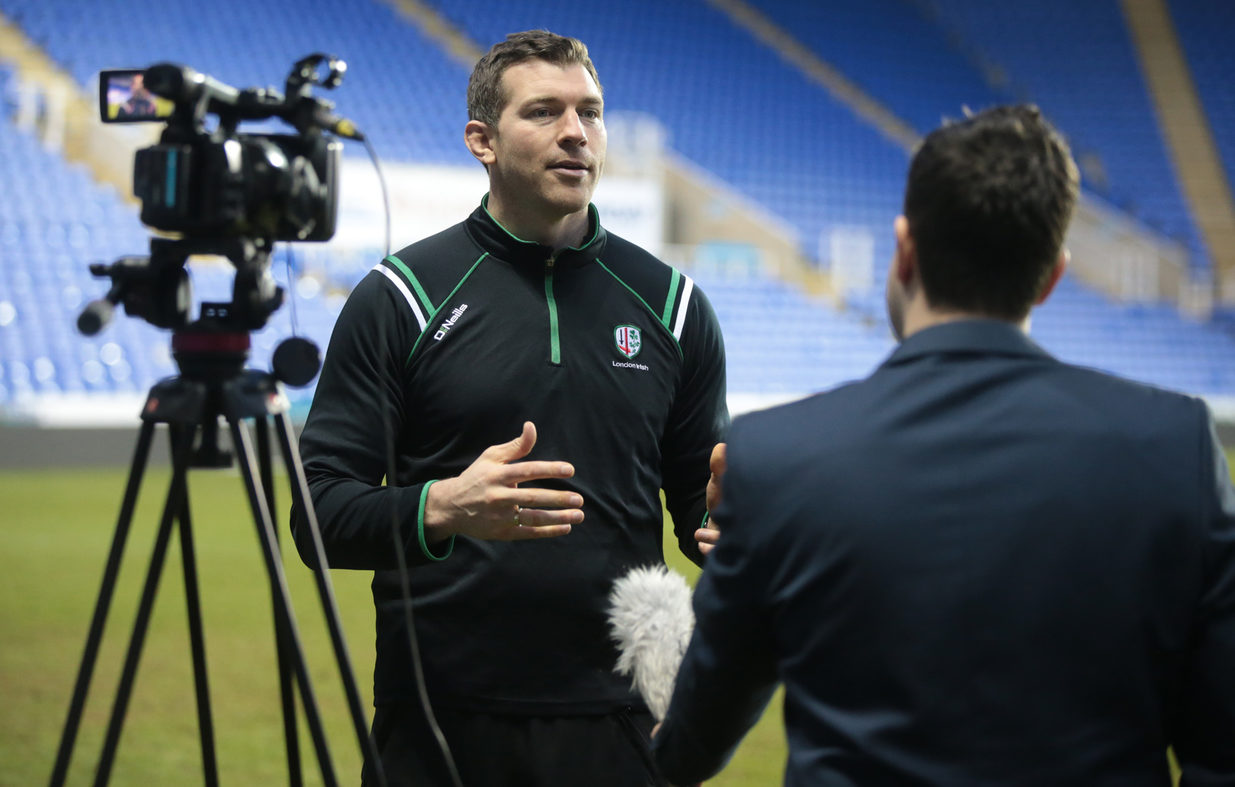 London Irish chief Nick Kennedy says the forward pack was at the heart of Sunday’s 60-14 triumph over Nottingham in the Greene King IPA Championship.

Luke Narraway made his return to the starting line-up with a particularly solid game as Irish dotted down nine-times to preserve their 14-match winning streak in the league.

“After a close game against Ealing last week, we decided not to make too many changes in order to build some consistency into our game and it paid off,” said Kennedy, 34.

“Our forwards were magnificent and when we got into Nottingham’s 22 we were clinical. Our set-piece, scrummaging and mauling was good and the guys who came off the bench were fantastic,” he added.

Johnny Williams, a World Cup-winner with England Under-20s, was named man-of-the-match and marked the occasion with a second half try.

Delighted with Williams’ display, Kennedy said: “Johnny was brilliant for us and it’s great to have him back in the starting line-up after easing him in from the bench over the past few weeks following injury.

“He won a lot of collisions with his strong physique and I thought he was fantastic today.”

The Exiles’ next home game is against London Scottish on Saturday 25 th February in the Greene King IPA Championship (kick-off 3pm).