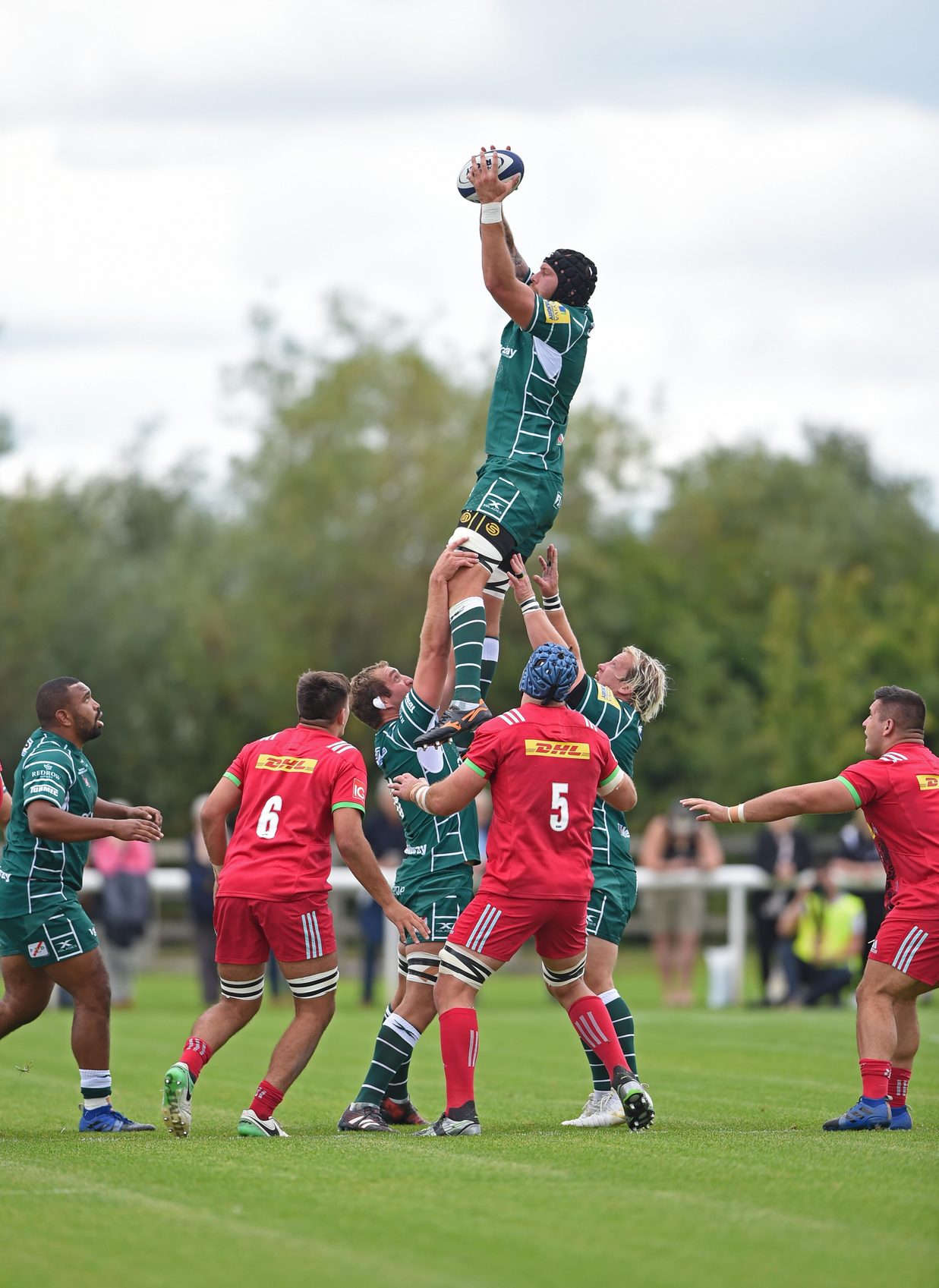 Towering lock Sebastian De Chaves is itching to grace the hallowed Twickenham turf this Saturday when his London Irish side take on Harlequins in the iconic London Double Header (kick-off 4.45pm).

De Chaves, 26, who was named Irish’s Players’ Player of the Year at the end of last season, has featured in all three of the Exiles’ friendlies this summer as all roads lead to Twickenham.

“As a player you always want to play on the biggest stage and Twickenham doesn’t get any bigger in the world of rugby,” said the South African.

“I’ve seen the London Double Header on TV and I thought it looked awesome, so I’m thrilled to be involved in such an iconic occasion.”

In just his first campaign at Irish, De Chaves played a key role in helping the club achieve promotion back to the Aviva Premiership.

“We laid down some really good foundations in the Championship last season and we’ve had a great pre-season this year, so it’s all been building towards this moment.

“What a way to start the season at the home of English rugby.”

London Irish v Harlequins kicks off at 4.45pm following Saracens v Northampton Saints at 2pm and tickets are available from £25 for adults and £15 for children from  www.lidirect.co.uk/events.aspx  or by calling 0118 968 1016.