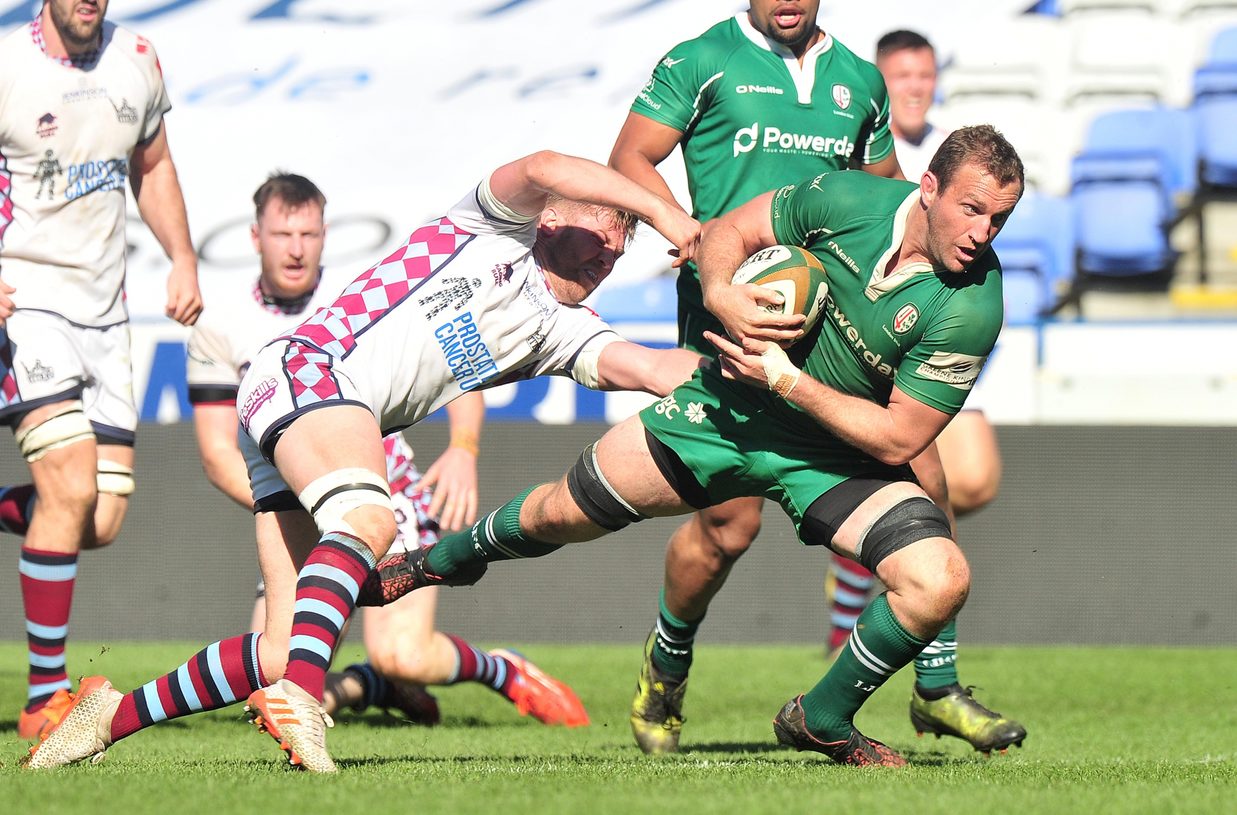 Coman, 29, who joined Irish from Edinburgh last summer, says the South Yorkshire side will be a tough proposition at their Castle Park home.

“We went away to their place a couple of weeks ago and they were a very physical side,” Coman told LITV.

“They rested a few players for that game and I’m sure there will be a bigger crowd this time round, so we’ll have to play well in order to return home with a victory.”

Finishing the campaign strongly with an 82-3 triumph over Rotherham Titans and a 22-5 win at Doncaster, Coman admits momentum is key at this stage of the season.

“It was great to finish the regular season top of the table and we’ve just taken things one game at a time all season-long, which has set us in good stead for the play-offs.

“Every week we have looked to improve our game in training and we’ve been working relentlessly towards this point in the season.”

Be the 16th man cheering the players on in the next step back to the Premiership. Tickets for the home Play-off Semi-final against Doncaster Knights on Saturday 6 May at the Madejski Stadium are on sale from www.lidirect.co.uk   or by calling 0118 968 1016 #StrongerTogether.