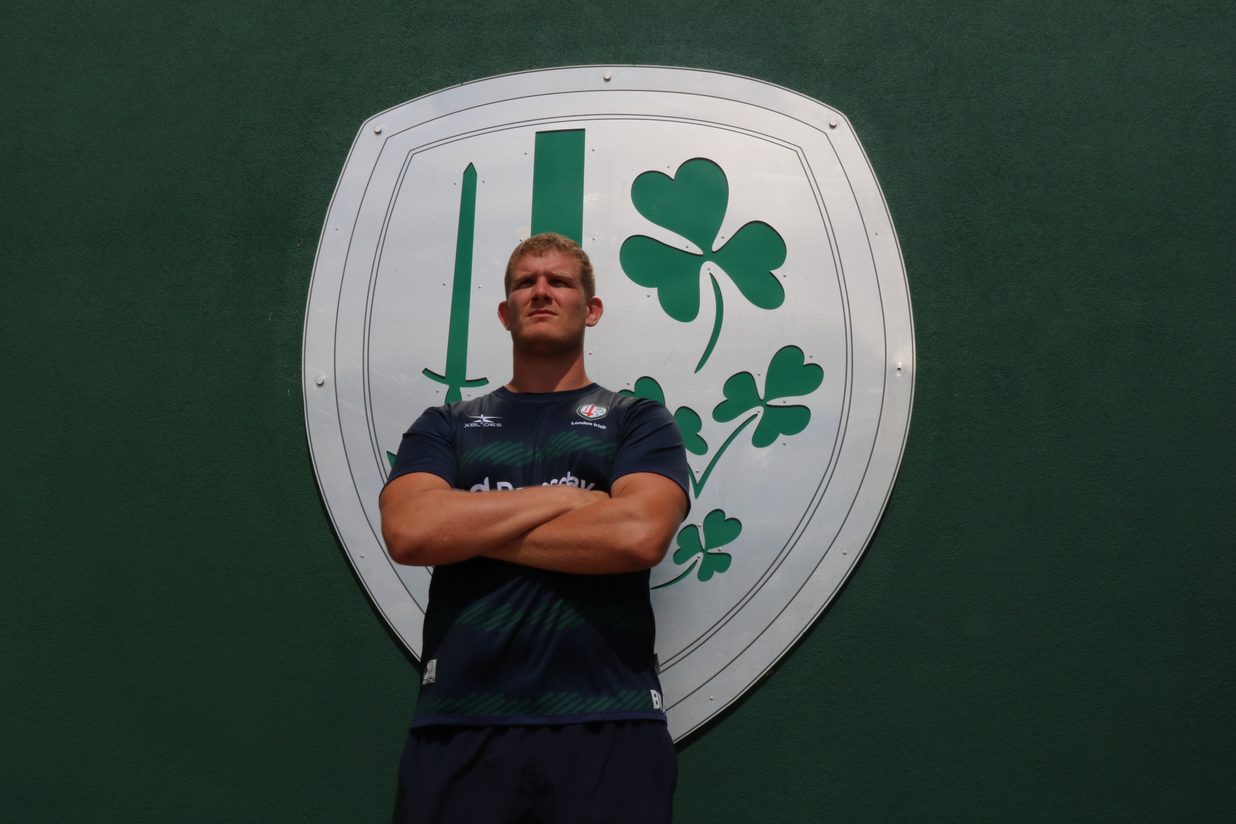 Barney Maddison is relishing the prospect of going up against his former club when the Exiles open up their Greene King IPA Championship campaign away to Ealing on Saturday 1 September (kick-off 7.15pm).

The 29-year-old, who hails from Northumberland, was Ealing’s Players’ Player of the Year last term as well as being named in the Championship Dream Team. Now the industrious second-row is eager to go from strength-to-strength under the watchful eye of London Irish director of rugby Declan Kidney.

“It will be good to go back to Ealing and it’s obviously a massive game,” said Maddison.

“They’ve recruited very well, and I have a lot of mates there so I’m looking forward to the first game. I’m just focussed on making sure that I do as best I can in pre-season and try my best to get myself in the squad.”

Maddison is an experienced campaigner when it comes to the Championship, having served Rotherham Titans and Ealing with distinction.

Linking up with former teammates Josh McNally and Lovejoy Chawatama, Maddison is delighted to be part of the Exiles’ set-up.

“Before joining the club I had heard really good things from Josh and Lovejoy,” said the athletic lock.

“There’s a really good team spirit in the changing room and I’m enjoying it.”