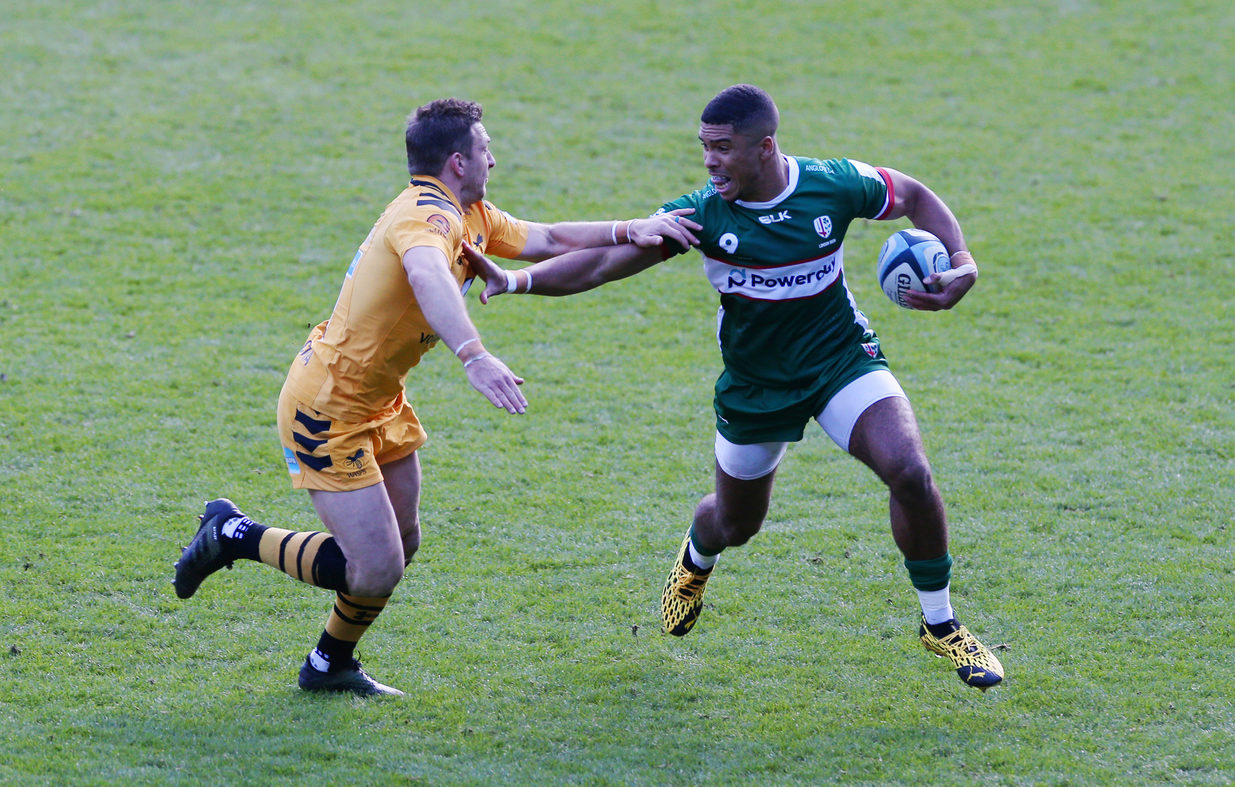 London Irish secured a four try bonus-point in defeat against Wasps at the Madejski Stadium this afternoon.

Wasps produced a clinical second half display to take victory 26-36, but the Exiles fought until the death and managed a bonus-point try on the stroke of full-time for their efforts.

Ben Meehan and Ben Loader went over for Irish in the first half with Matt Rogerson and Motu Matu’u scoring in the second half.

Dan Robson scored one of Wasps five tries in an excellent individual performance from the visitor’s captain.

Ben Meehan crossed for the opening try of the afternoon with a piece of individual brilliance. Five metres out from the visitors’ line, the Australian grubber kicked past two defenders and regathered to the jubilation of the home support. Stephen Myler converted to make it 7-0.

Jimmy Gopperth reduced the lead almost immediately with his first penalty goal of the afternoon, punishing Irish for an earlier infringement. Irish led 7-3.

Ben Loader came close to extending the Exiles’ lead after a fantastic individual break, however Paolo Odogwo made an impressive try saving tackle to deny Irish.

The match started to open up with both sides seeing their fair share of possession. The turning point in the first half came when the Wasps line-out was overthrown and fell into the hands of first Ollie Hoskins and then Adam Coleman who rampaged his way up field.

Following a number of infringements from Wasps, Irish had the advantage. Ollie Hassell-Collins turned finisher to provider, throwing a wonderfully weighted pass to Ben Loader who stepped his defender and dotted down for the try. Myler again converted to make it 14-3 with eight minutes of the half to go.

Wasps got themselves back into the match with a try on the stroke of half-time. Biyi Alo bundling his way over the line after Irish showed plenty of determination in defence. Gopperth converted to make it 14-10 at the break.

Wasps struck first after the break with their second try of the match from prop Ben Harris. Dan Robson was the instigator with a great piece of skill, before the TMO deemed Harris to have grounded the ball. Gopperth kicked the extras and Wasps went into the lead 14-17.

Matt Rogerson regained the lead for Irish with the Exiles third try. Sekope Kepu drove very close to the line before offloading out of the tackle to Matt Rogerson who dived across the line.

The match continued to eb and flow with Marcus Watson crossing for the visitors third try to allow them to retake the lead 19-22.

Wasps crossed for two late tries through Robson and Umaga to round off an impressive second half.

Irish fought and, for their efforts, managed to get over for their fourth try through Motu Matu’u. Myler’s conversion made the final score 26-36.

Irish have a short term around with a trip to Sale on Friday evening in round 13 of the Gallagher Premiership. The next home match is the annual St Patrick’s Party fixture against Northampton Saints on Saturday 28 March. To get your tickets, please click here!