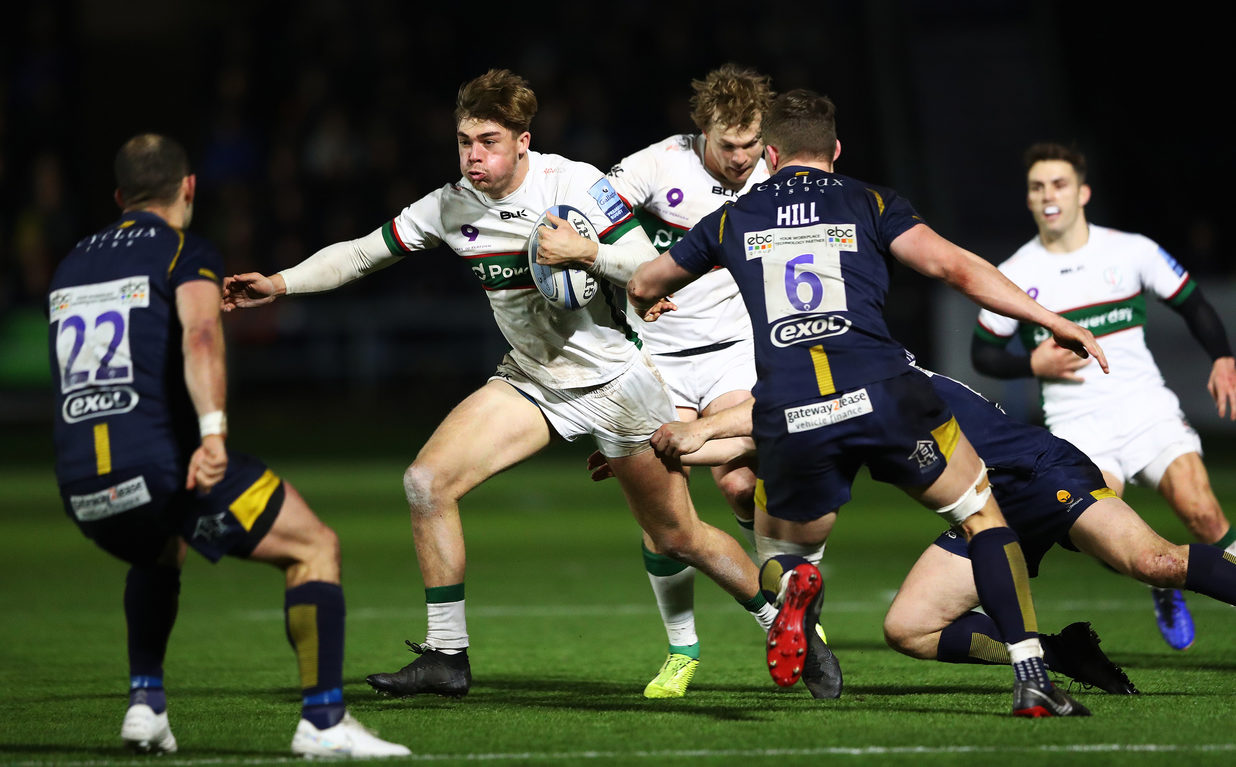 London Irish suffered defeat on the road, going down 20-6 in front of a capacity crowd at Sixways this afternoon.

Irish had Motu Matu’u sent off after 34 minutes of play in the key moment of the game, with Warriors crossing for two tries in their 14-point win. Stephen Myler kicked two penalty goals in a difficult afternoon for the Exiles.

Tom Howe looked certain to score for the hosts after six minutes, only for a fantastic defensive intervention from Ollie Hassell-Collins and Tom Stephenson to prevent the former Wasp from grounding the ball. Irish were able to clear their lines and take play up towards half-way.

Stephen Myler booted Irish ahead on the 15-minute mark. Referee Ian Tempest penalising the hosts for not rolling away at the break down.

Worcester were over for the first try of the match a few minutes later. Duncan Weir latched on to a pass, bumping his way out of the tackle to score. He added the conversion to put the Warriors in front 7-3.

The Warriors fly-half then kicked two successive penalties to move his side in to a 10-point lead at 13-3.

Myler was almost given the opportunity to reduce the deficit with a penalty kick, but the TMO judged that Irish had given away the penalty and reversed the decision. Allan Dell was consequently sent to the sin bin for 10 minutes.

Only minutes later it went from bad to worse for London Irish, Motu Matu’u sent off for an alleged dangerous tackle, leaving Irish down to 13 men for a few minutes and then 14 for the remainder for the match.

There was no further score and at the break it was Worcester 13 London Irish 3.

Myler reduced the arrears two minutes after the restart, his second penalty made the score 13-6.

Irish showed great tenacity to try and stay in the fight, however there was a second try on 60 minutes for Worcester, nicely finished by substitute fly-half Jono Lance. He added the conversion to put daylight between the sides at 20-6.

The Exiles produced their best move with 15 minutes remaining and it could have ended with a try had Tom Stephenson not been tackled around the neck. Chris Pennell was sent to the sin bin and it was 14 against 14 for the remainder of the match.

Irish had chances but just couldn’t get the score that would have seen them leave with a bonus-point. Worcester finished the victors 20-6.

London Irish welcome Exeter Chiefs to the Madejski Stadium next Sunday 5 January for Round 7 of the Gallagher Premiership, please click here for tickets.