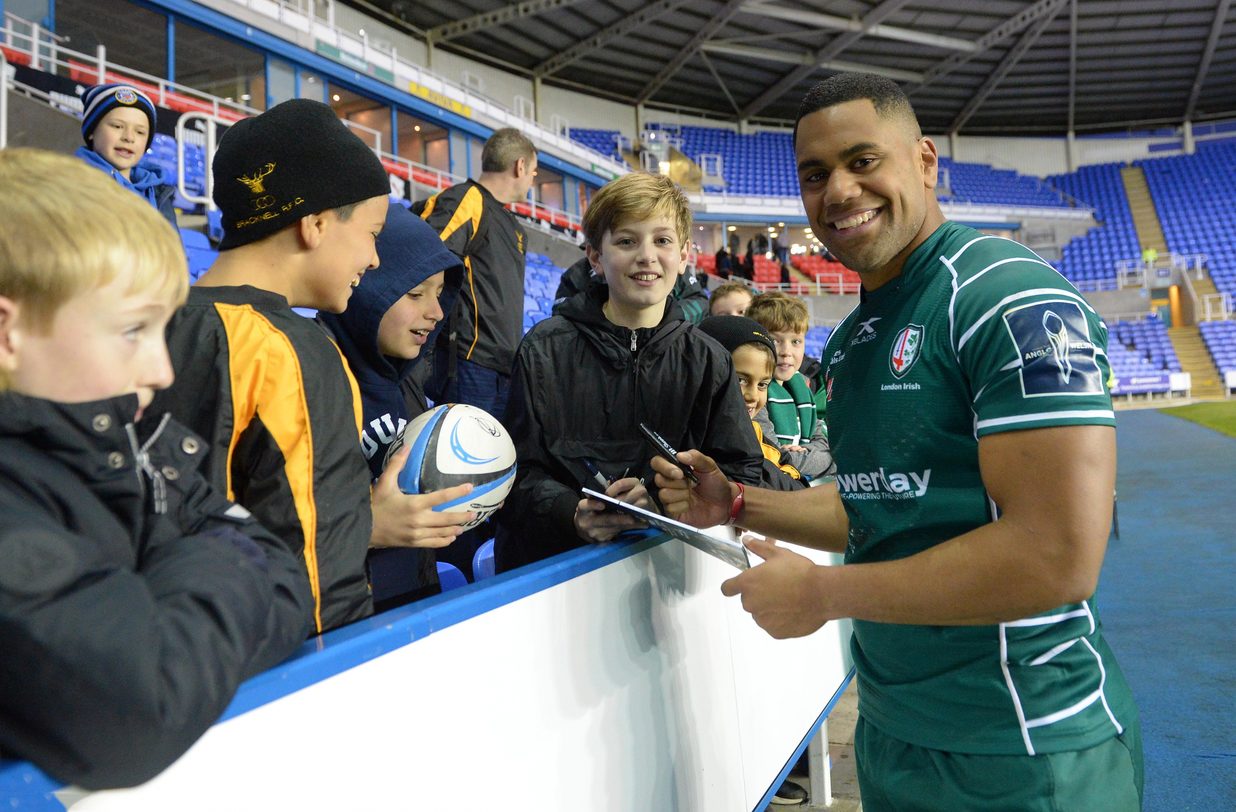 Joe Cokanasiga is one of 10 players shortlisted for this season’s Anglo-Welsh Cup Breakthrough Player Award, with supporters able to vote for the London Irish wing by visiting www.new-heroes.com.

Launched in 2012, the Breakthrough Player Award celebrates and recognises under-23 players who have stood out in the Anglo-Welsh Cup.

Cokanasiga, 20, bagged himself a hat-trick during a 66-7 victory over Wasps, before touching down at Cardiff Blues the following week.

Voting closes at midday on Monday 12 March, with the winner announced prior to the Anglo-Welsh Cup Final. The lucky winner will receive a Perpetual Chrono A.T watch courtesy of Premiership Rugby partner Citizen, while Gilbert, official ball and rugby clothing partner of Premiership Rugby, will supply £1,000 worth of kit to a grassroots club of the winner’s choice.

London Irish’s next home game is against Worcester Warriors on Sunday 25 February (kick-off 1pm), with tickets available from £3 for under 13s and £23 for adults by calling the Ticket Office on 0118 968 1016 (Monday to Friday 9am to 5pm, Saturday 9am to noon) or online at www.lidirect.co.uk.