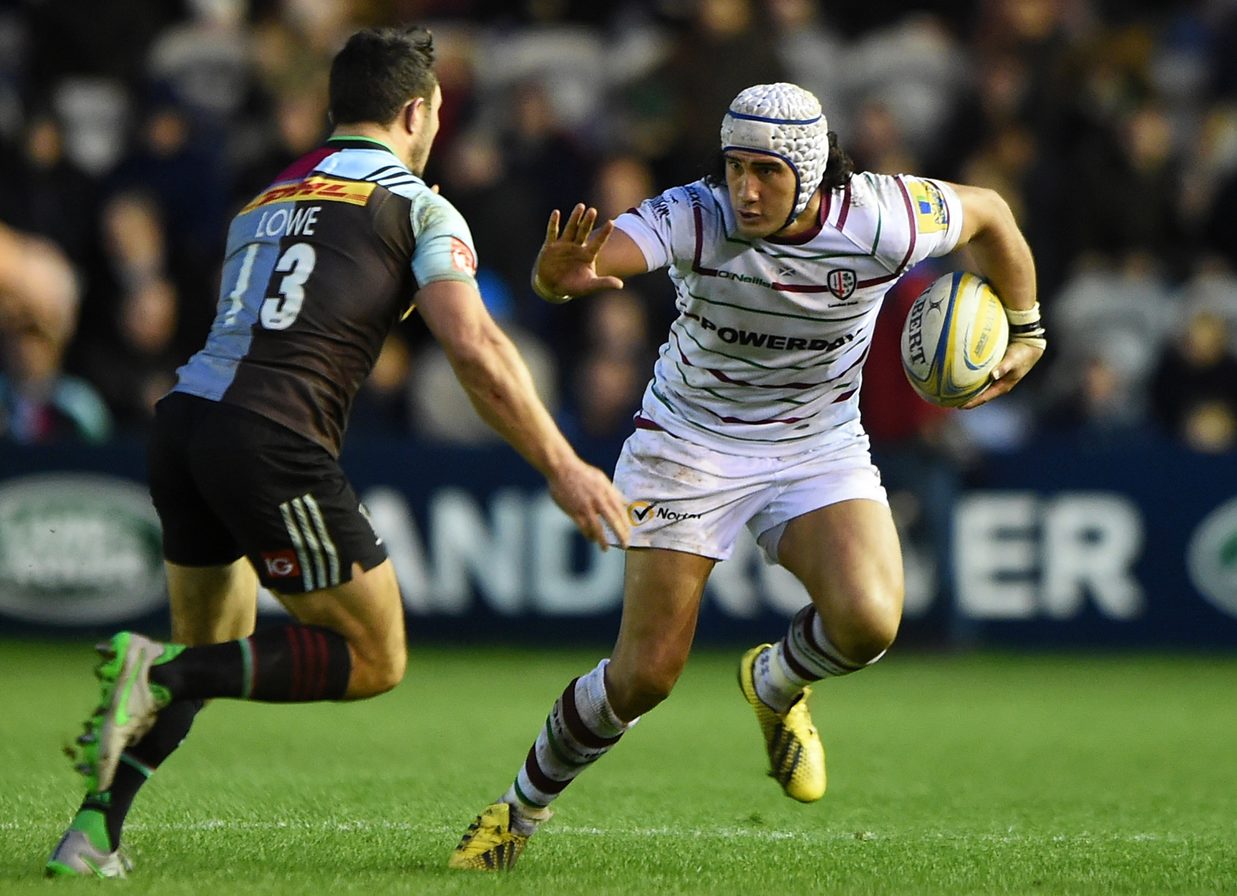 London Irish suffered a 38-7 defeat against Harlequins at The Stoop this afternoon with winger Tim Visser crossing for three tries.

Irish found the hosts in determined mood as they scored five tries to one, Halani Aulika crossing for Irish just before the end.

London Irish made six changes for the match, with Canadian international Ciaran Hearn making his Irish debut in the midfield. Gerard Ellis, Jebb Sinclair and Darren Allinson also started. The Exiles were dealt a late blow before kick-off with the withdrawal of Captain Matt Symons this morning. Eoin Sheriff started in the second row and Luke Narraway captained the side.

The hosts took an early lead with a Nick Evans penalty as Irish failed to roll away from the base of the ruck. Ross Chisholm, a first half replacement for Ollie Lindsay-Hague, thought he had the first try of the match after 28 minutes but Alex Lewington tracked the winger down and made a brilliant try saving tackle to keep the score at 3-0.

Harlequins continued to pressurise the Irish line and were rewarded when Tim Visser powered his way over for the first try of the afternoon. The Scottish winger ran an inside line and received the ball from Nick Evans to score under the crossbar. Evans added the extras to make it 10-0.

Irish defended valiantly throughout the first half and held out a Harlequins onslaught just before the break and it remained 10-0 at half time.

Danny Care crossed for the hosts within eight minutes of the re-start as Ross Chisholm exploited a lack of numbers down the short side, the ball was passed back inside to the Harlequins captain who ran in for the try. Evans converted to make it 17-0.

Ten minutes later Visser was over for his second try brushing aside weak Irish defence to score in the corner. Evans again converted to make it 24-0.

Irish did enjoy a spell of possession in the second half but lacked any real threat. Tikoirotuma broke through but was turned over without support.

With 10 minutes remaining Tim Visser was almost in for his hat trick but was denied again with Alex Lewington making the last ditch tackle. Moments later the Scot did have his third and his side's bonus point, beating two defenders to dive in at the corner. Evans converted to make it 31-0.

There was still time for Harlequins to get a fifth try as Jack Clifford bundled his way over for a try. Tom Cruse was sent to the sin bin for a dangerous tackle and Conor O'Shea's team took advantage of the extra man. Ben Botica kicked the conversion to make the score  38-0.

Halani Aulika scored a consolation try just before the end and Theo Brophy Clews converted to make the final score 38-7.

The Exiles return to European action next weekend with Edinburgh visiting the Madejski Stadium in round three of the Challenge Cup.