London Irish Assistant Coach Corniel van Zyl has outlined how the Exile Nation provides another layer of motivation for the team ahead of a European test against DHL Stormers.

Heineken Champions Cup action returns to Brentford this Sunday (15th) with the visit of the reigning United Rugby Championship (URC) victors, John Dobson’s side having beaten Irish 34-14 in Round 2 of the pool stages.

Irish’s Assistant Coach has said that there have been important learnings taken from their last meeting against Stormers in Cape Town, particularly based around the set-piece.

Van Zyl has stated that he and Irish’s forwards are eagerly anticipating another physical battle up front come Sunday afternoon, even with the likes of capped internationals Frans Malherbe, Salmaan Moerat and Evan Roos missing out.

“It was nice being in Cape Town in the summer, it was a nice, fresh change up for the boys,” the South African-born coach commented.

“Stormers have a few Boks in their tight five which made it difficult for us, especially at the set-piece, and even with a few of those players missing now it will be the same challenge.

“They are a very set-piece orientated side, particularly at the scrums and mauls, that will be a big test for us this weekend.

“When you play against the South African teams, you have to try and spice it up a little bit.

“The boys have been really good lately in their training and applying that into games, they accept the challenge they will face but are starting to get excited for what is to come this Sunday.

“It’s always great to test yourself against the best, they are the United Rugby Championship winners for a reason, so we are looking forward to taking them on at our home this time around.” 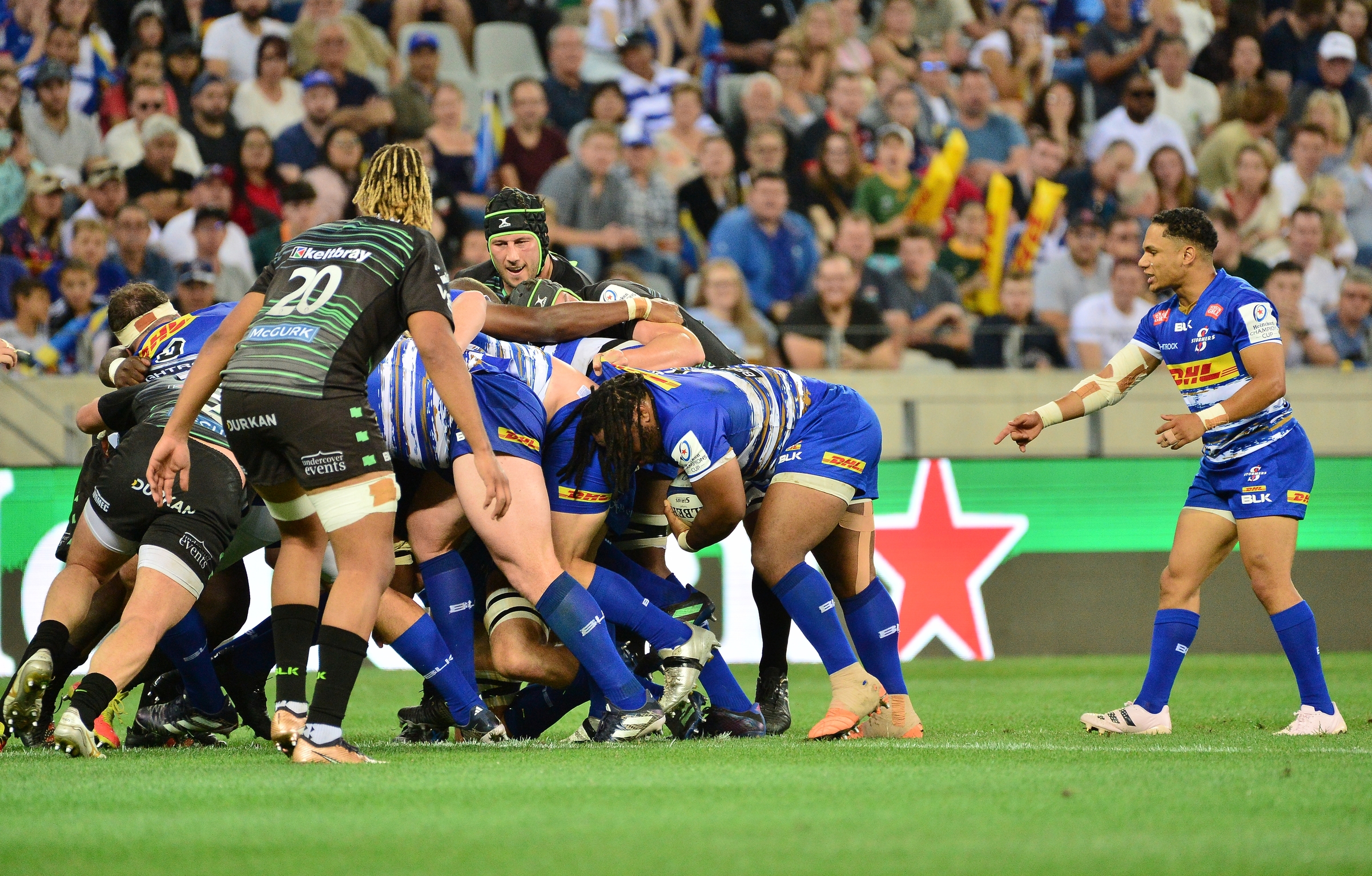 The Exiles are in a rich vein of form at the Gtech Community Stadium, unbeaten in their last four in domestic competition but Irish will need to translate such results onto the continental stage this weekend in order to progress.

Two losses from as many outings in the west Londoners’ return back to the Champions Cup after 11 seasons has left it all to do in their remaining encounters against the reigning URC and Top 14 champions.

Amidst a tough grouping in Pool B, van Zyl takes confidence from what Irish can extract from Irish’s games against an elevated calibre of competitors in Europe this season.

“Our draw was tough for sure, but as a team we want to improve and not just be one of the teams that qualified for the competition.

“It will help us improve as a Club, and going forward, we want to pride ourselves on being in the Champions Cup.

“We can take important learnings from our first two games, but we’re looking only at what we can do this weekend and do the exact same next week for when we travel to Montpellier, which will be a different challenge too.

“We focus on staying on track and what is the next thing coming up, and that has been important for us this season in our belief.”

Irish’s Round 3 opponents remain a formidable force, a recent defeat to Glasgow Warriors one of only three times they have been beaten in their 13 outings in all competitions this year, and remain in the hunt for consecutive URC titles as the current second-placed side in the division.

The trio of rare losses for the Western Cape outfit all arrived away from home, with the coach commenting on the difficulty in adapting to different environments across seasons and being determined as ever to “make the supporters proud.”

“Personally, I have experienced it before in going from winter to summer and vice versa mid-season, and it does take some adapting to.

“I think it had a little less effect when we went to Cape Town in December, but this time around, I think it’s even warmer there and colder here.

“It will make that bit more of a challenge for them, but in saying that, they will have had at least 10 days over here and they would have had time to adjust and also take lessons from that Glasgow game, but we can only focus on what we need to do.”

“We are a proud team and want to make the supporters proud at home, that is a massive drive for us.”

The gravity of welcoming South African opposition to Irish for the first time is not lost on the experienced 43-year-old coach, who trusts the levels of expectation of such a fixture will be met.

“Hopefully there will be a few Stormers fans to welcome to the stadium, it’s always great to have as many spectators in as possible to come and watch.

“This is a big block coming up for us and switching between competitions keeps it fresh.

“There is a massive belief within this squad, it is in a really good space at the moment and yes, anything can happen.

“It will be entertaining, that’s always the standard when you come and watch Irish games!

“There is always something happening to make it interesting, hopefully that continues with a big result.”