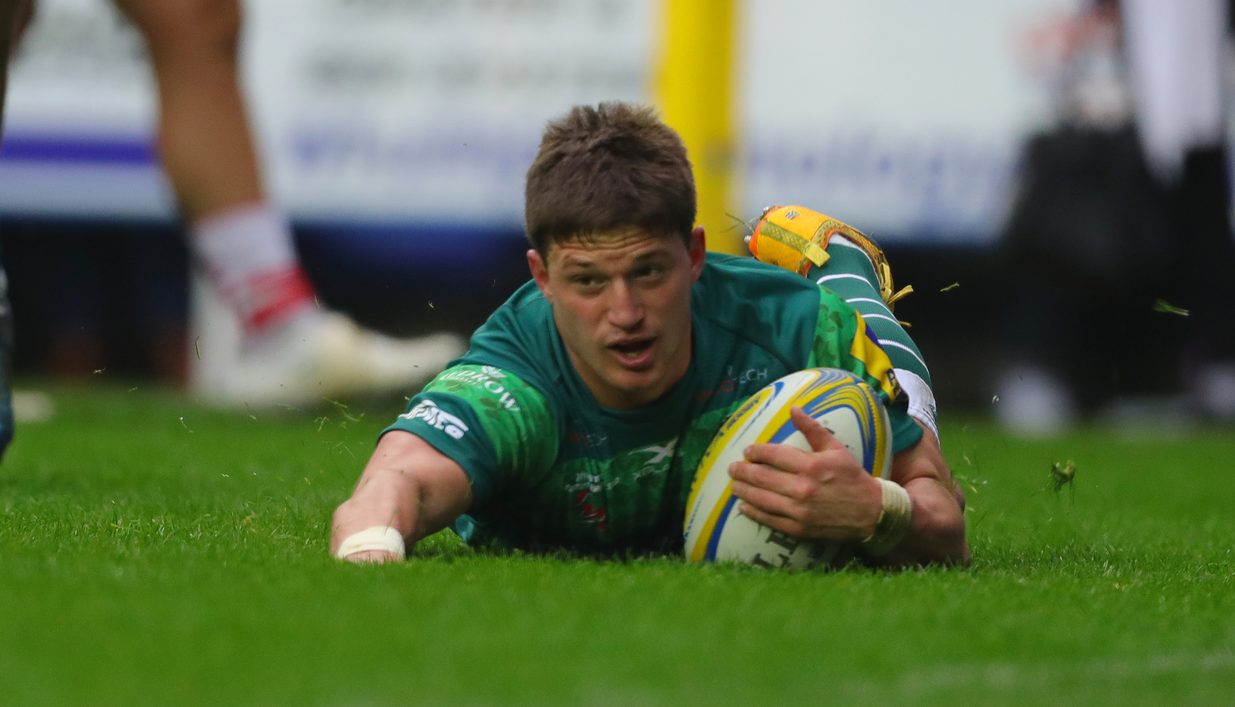 Swapping the searing heat of the rainbow nation for the sub-zero temperatures of London at the turn of this year, South African scrum-half Piet van Zyl has enjoyed a new lease of life as the Exiles prepare for this Sunday’s Aviva Premiership clash with Exeter Chiefs at the Madejski Stadium (kick-off 3pm).

Six months ago, the former Springbok thought his days of playing professional rugby were behind him after leaving Pretoria’s Blue Bulls and returning to work on his family’s farm in Free State Province.

Fast forward to this season and van Zyl, 28, is going from strength to strength in the green of Irish as the club fights for its Aviva Premiership status. Scoring two tries during last week’s clinical 35-5 victory over Harlequins at The Stoop, van Zyl’s display complimented a strong all-round team effort, which yielded the bonus point.

“We were desperate to win the game and it was a massive team effort,” said van Zyl.

“Rugby is one of those sports where it’s solely down to a team effort and we showed against Harlequins that we’re good enough to stay in this competition.

“I have been in this situation before and we came out on top. Credit to our coaches for taking the pressure off us and allowing us to take things game by game and I think that’s why we put in a good performance.”

The duo were at Alton School in Hampshire this week where they were on hand to offer tips and advice to youngsters attending one of London Irish’s many rugby camps taking place this Easter.

“It’s really good to be able to give something back to the community and Arno and I enjoyed our time at Alton,” said van Zyl.

“It was great to see the enthusiasm and passion that the kids had for the game of rugby.”

With three Springbok caps to his name, van Zyl has a wealth of experience at the highest level, which he has been keen to utilise in the Aviva Premiership.

“For me the Aviva Premiership is more competitive than Super Rugby and the games are mostly close contests, albeit Saturday’s game against Quins was by a bigger margin.

“I’m enjoying the experience over here and it’s been a good four months for me so far. I’m lucky to be doing something that I love, and I have a talent that god has given me, so I’m really enjoying the freedom of going out onto the pitch and showing what I can do.”