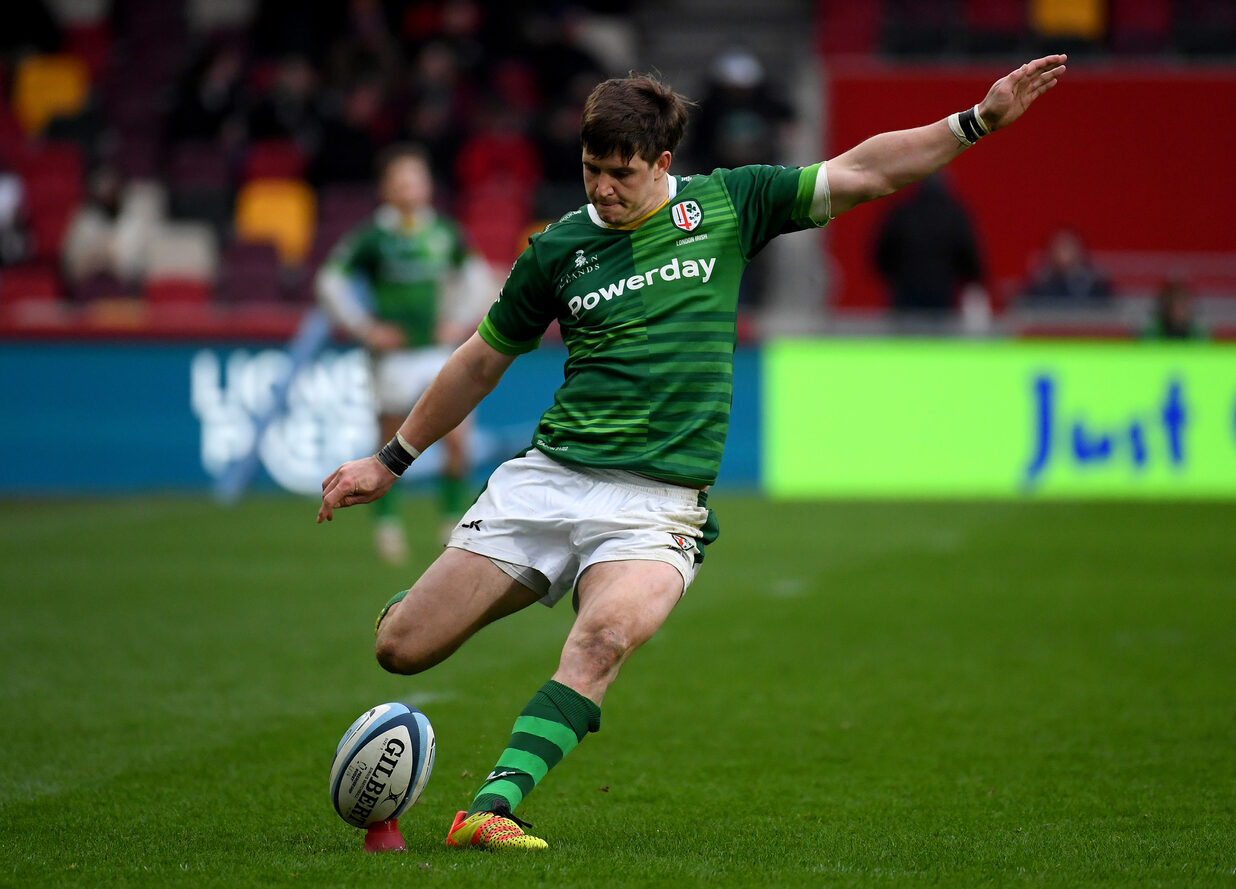 Benhard van Rensburg is relishing the test of heading to Mattioli Woods Welford Road this Saturday as London Irish take on Leicester Tigers and explained how he turns intimidating away fixtures into fuel for his performances.

With the versatile back picking up five of his seven tries this season on the road, including in wins against Exeter Chiefs and Sale Sharks, the South African hopes to continue such form in Round 20 of the Gallagher Premiership.

When questioned whether playing away from home phases the squad, van Rensburg describes the “buzz” he gets from away crowds to spur himself on.

“Especially throughout Covid where we played without fans for a while, it does make a change,” van Rensburg stated.

“As a team, it depends- you can either get intimidated by that or you can turn that noise into a crowd and get a buzz off it.

“It can either be intimidating for you, or you can hype yourself up.

“For me every time a crowd shouts I think of them shouting “Irish, Irish!” and turn it into something good for myself.”

Irish will face sturdy opposition on the field as well as off it, with Tigers setting the pace at the helm of the Premiership and having lost just three times in all competitions this campaign.

Van Rensburg says life in the English first tier has “lived up to expectations” after a move from NEC Green Rockets, and challenges like those this weekend command an adaptability in playing style against different opponents.

“I knew the Premiership was a tough competition to play in, there was not one game this season where we thought it was going to be easy.

“Every single game is a tough one, you have to be on the spot every day and be accurate, otherwise you can lose against any team.

“Different teams play different styles of rugby; Leicester and Sale play a hard game where they use their forwards to get momentum and are a tough team to stop, whereas on the other hand you get Bristol or Harlequins who like to spread the ball wide.

“You have to know what you are up against each weekend and have to prepare for that, which makes it more challenging.”

Taking to the field with experienced teammates has eased the burden of playing in a new country for van Rensburg.

He continued: “Playing with people like Nick Phipps, Agustín Creevy, Paddy Jackson and Curtis Rona, it brings a calmness over me and almost feels like they take the pressure off with the experience they have.

“They know how to treat players that are new in a team and make you feel comfortable in their own way, you can always learn new stuff from them, and it doesn’t matter if they play in your position.

“I can learn stuff from Gus off the field, the way he thinks and the way he treats certain moments in the match- there’s always stuff to learn from players like him.”

Irish’s summer signing recounts the reverse fixture against Steve Borthwick’s side back in October, and points to a key facet of the game the boys in green will have to refine this weekend.

“A little bit of discipline towards the end let us down last time, but I think if we can keep our discipline this weekend, I think it can be a very interesting game and hopefully we can pull it through this time.”