U13/14 Festival a hit with youngsters from across the country 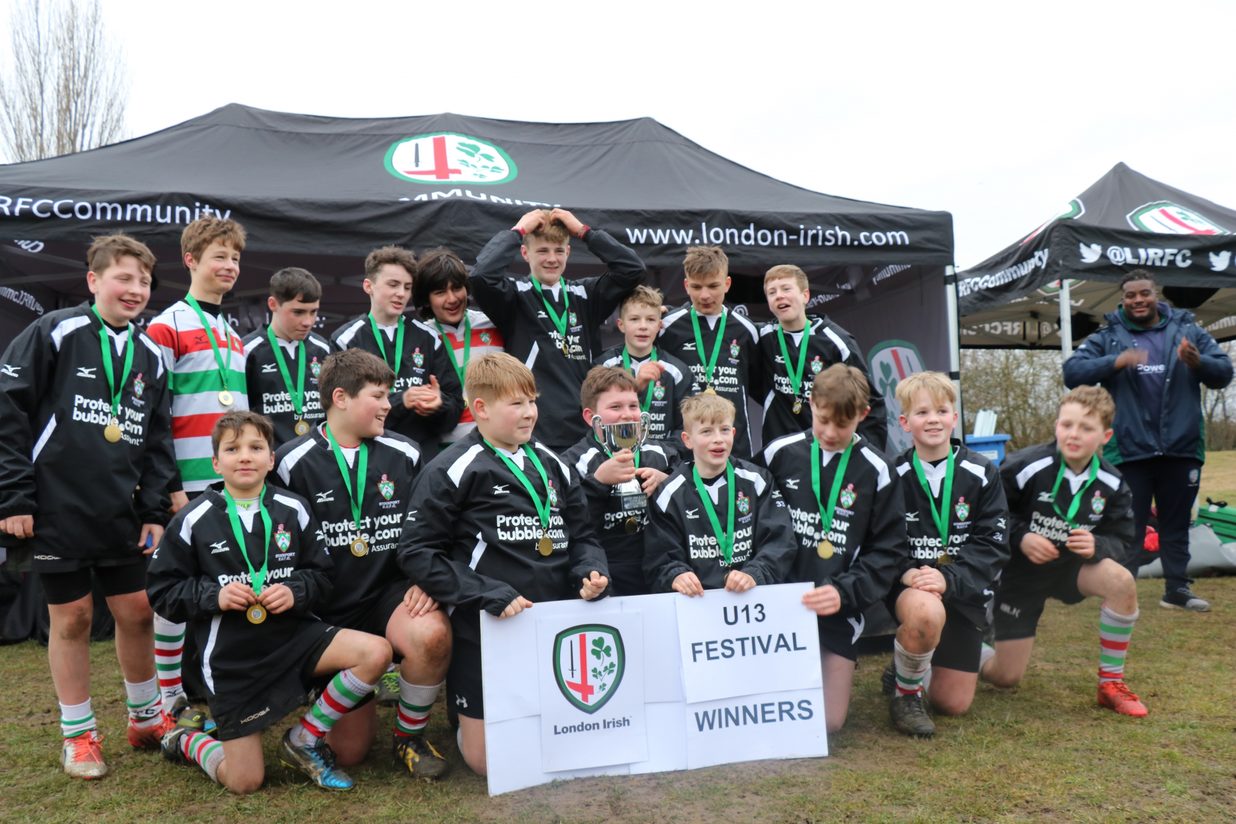 London Irish hosted its annual U13/U14 Festival on Sunday, with 28 teams from across the country making the trip to Hazelwood for an action packed day of rugby.

Braving the elements, the eventual winners of the U13 competition was Stockport RFC, who were outstanding from start to finish. Defeating a valiant Henley Hawks outfit in the final, the Greater Manchester club were in high spirits on their train journey home.

Meanwhile, in the U14 tournament London Irish Amateurs were crowned champions after securing victory over Beaconsfield in front of a buoyant crowd. The Amateurs played some scintillating rugby, overcoming Worthing RFC and Reading Abbey RFC on their way to clinching the trophy.

Rene Draude, Worthing Under-14s coach said: “There was some good quality rugby on show and it’s nice to play against teams that we haven’t played against before.

“The day was really well organised, and everyone enjoyed themselves.”

London Irish front-rower Lovejoy Chawatama was in attendance, with the jovial prop impressed with the talent shining through.

“There was some fantastic rugby on show and well done to everyone who competed throughout the day,” said Chawatama.

Bill Pulling, community marketing and events organiser said: “I would like to thank all of the physios from St Mary’s University for being on hand to ensure the safety of the players.

“Special thanks must go to the referees from the Hampshire Young Match Officials Association, who controlled all matches impeccably.”

The St Patrick’s Party will see London Irish take on Gloucester Rugby in the Aviva Premiership as part of a day of non-stop entertainment with live music, fairground rides and lots more from noon until 7.30pm. Find out more by clicking here .