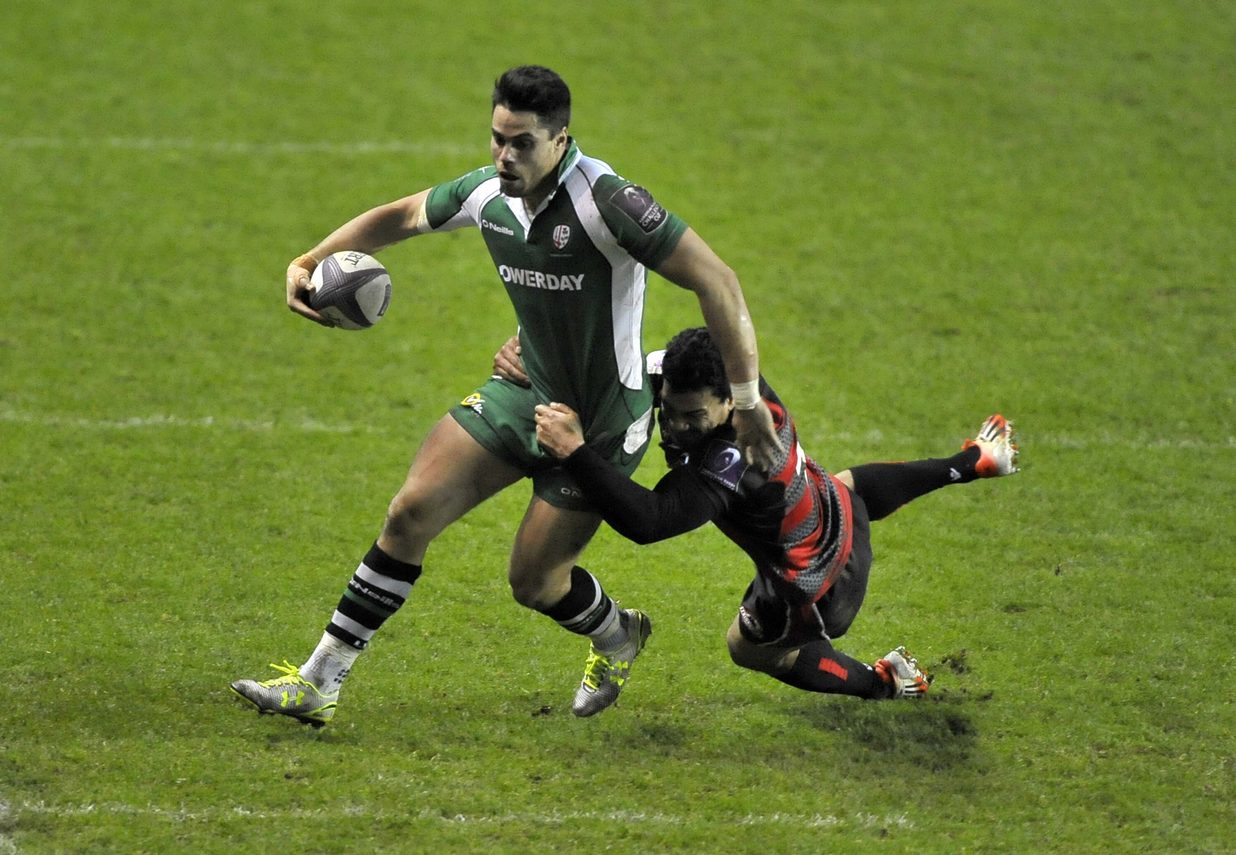 London Irish have made two changes for Sunday’s Aviva Premiership trip to Leicester Tigers (kick-off 3pm).
Scotland internationals Sean Maitland and Blair Cowan return to the Exiles’ ranks as London Irish eye crucial Premiership points on the road.
Maitland, who made the switch from Glasgow last summer, gets the nod at full-back, while Blair Cowan starts at openside flanker with No.8 Rob McCusker missing out through injury.
“We will go up there with a positive mind-set and a positive attitude and get stuck in to Leicester,” said assistant coach Clark Laidlaw.
“We know it’s going to be a tough test for the boys at Welford Road, but if the lads apply themselves well then there is no reason why we can’t come away with a result,” he added.
London Irish lock horns with the Tigers on the back of last weekend’s bonus point defeat at home to title-chasing Exeter Chiefs. Defeat at home to the Chiefs ended a run of three successive home victories, and Laidlaw insists the camp remains upbeat as the business end of the campaign looms large.
“The boys have been pretty positive all week and we have had some honest and open conversations with them in recent weeks about where we are at as a team - the boys are responding well to it,” said Laidlaw.
“We have to concentrate on our own game and not be distracted by what is going on around us in the table,” added the Scot.
Irish face a Tigers outfit looking to bounce back from three successive defeats against Sale, Newcastle and Harlequins respectively.
Laidlaw is under no illusion with the task in hand, but insists his troops must relish the occasion at the home of the Tigers.
“Welford Road is one of the iconic grounds in the league with all of the tradition and history that goes with the club,” he said.
“I’m certainly looking forward to going there and sampling game day – the boys are excited and we’ve had a good week in training,” he added.
London Irish: 15 Sean Maitland, 14 Topsy Ojo, 13 Ciaran Hearn, 12 Fergus Mulchrone, 11 Andrew Fenby, 10 Theo Brophy Clews, 9 Scott Steele, 1 Tom Smallbone, 2 David Paice, 3 Halani Aulika, 4 Matt Symons, 5 Elliott Stooke, 6 Luke Narraway (c), 7 Blair Cowan, 8 Ofisa Treviranus
Replacements: 16 Tom Cruse, 17 Tom Court, 18 Leo Halavatau, 19 Will Lloyd, 20 Joe Trayfoot, 21 Darren Allinson, 22 Shane Geraghty, 23 Johnny Williams