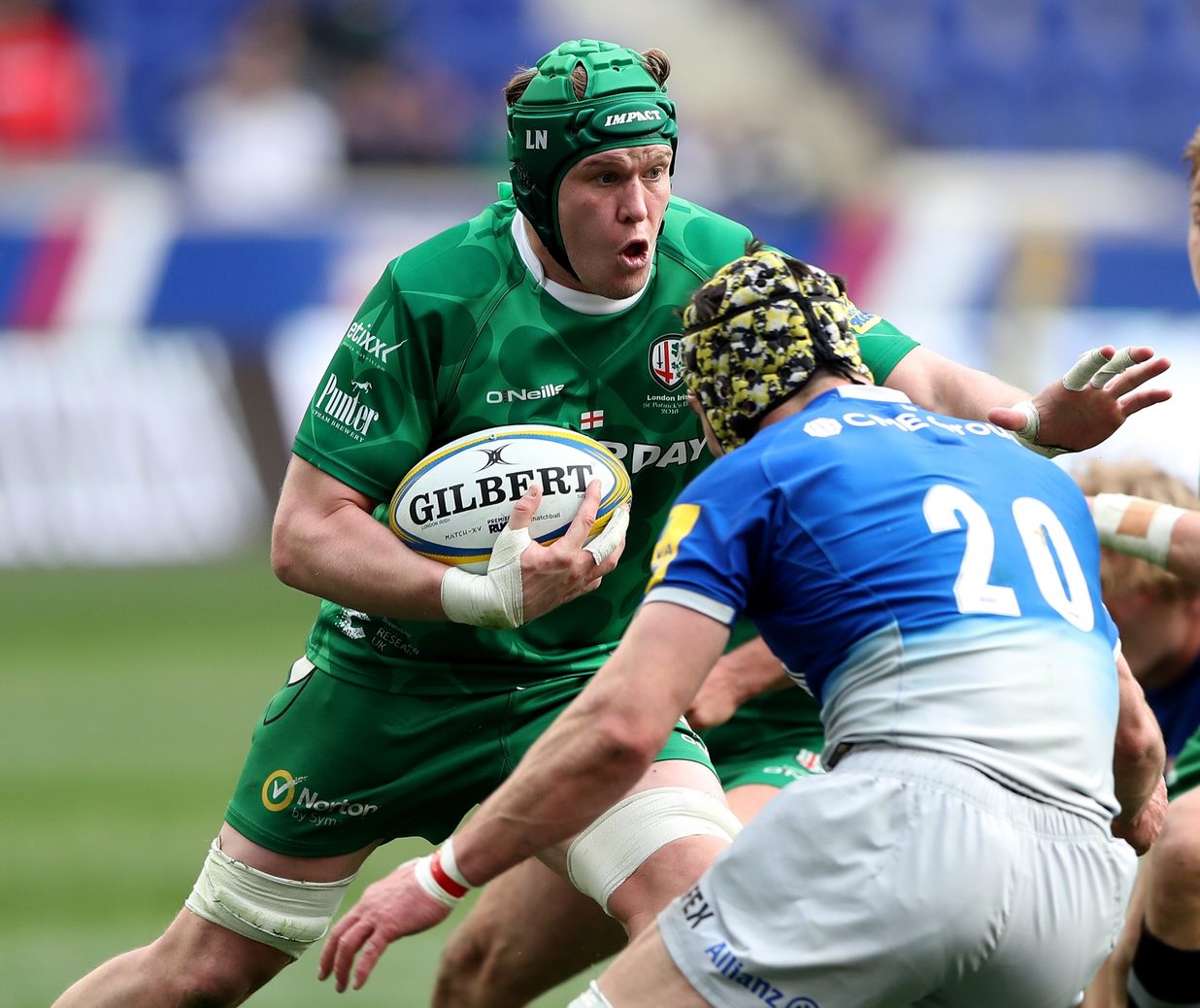 London Irish have made two changes from the side that made the trip to New Jersey for this Sunday’s Aviva Premiership St Patrick’s Day Game against Gloucester Rugby at the Madejski Stadium (kick-off 3pm).

Tom Court replaces Tom Smallbone at loose head prop, while Will Lloyd comes in for Elliott Stooke at second-row as the Exiles look to secure valuable Premiership points in front of what will be the biggest home crowd of the campaign so far.

Exiles Head Coach Tom Coventry sticks with the same backline that served him well for large periods of last weekend’s 26-16 defeat to Saracens, with Greig Tonks retaining the fly-half berth.

“We need to perform well and the signs are good – we played well against Saracens, but unfortunately we let them get away at the end of the game,” said Coventry.

He added: “If we continue to grow and come up with a collegial approach to the game, then I’m sure we will be okay. We had a great week in the US and we were very well hosted by the New York Jets.

“It was disappointing not to get the win over Saracens, but we played some very good rugby. On our return to England it was all about getting the lads through recovery and preparing them for this weekend’s game.

“We feel well prepared and things have gradually built as we’ve got closer to the game.”

It promises to be an electric atmosphere inside the Madejski Stadium for Sunday’s St Patrick’s Day Game. And the Kiwi coach is eagerly anticipating the occasion, saying: “It’s one of the biggest days in the London Irish calendar. St Patrick’s Day is a huge day for people from Ireland, and we are expecting a big crowd at the game, who will hopefully enjoy a good game of rugby.”

This Sunday you can get a refreshing pint of Guinness at the Guinness Inflatable Pint unit, test your rugby skills at our Norton Rugby Skills Zone, take to the skies with our array of fairground rides and dance the night away with live music. Find out more about the entertainment we have in store this St Patrick's Day Game by clicking here.