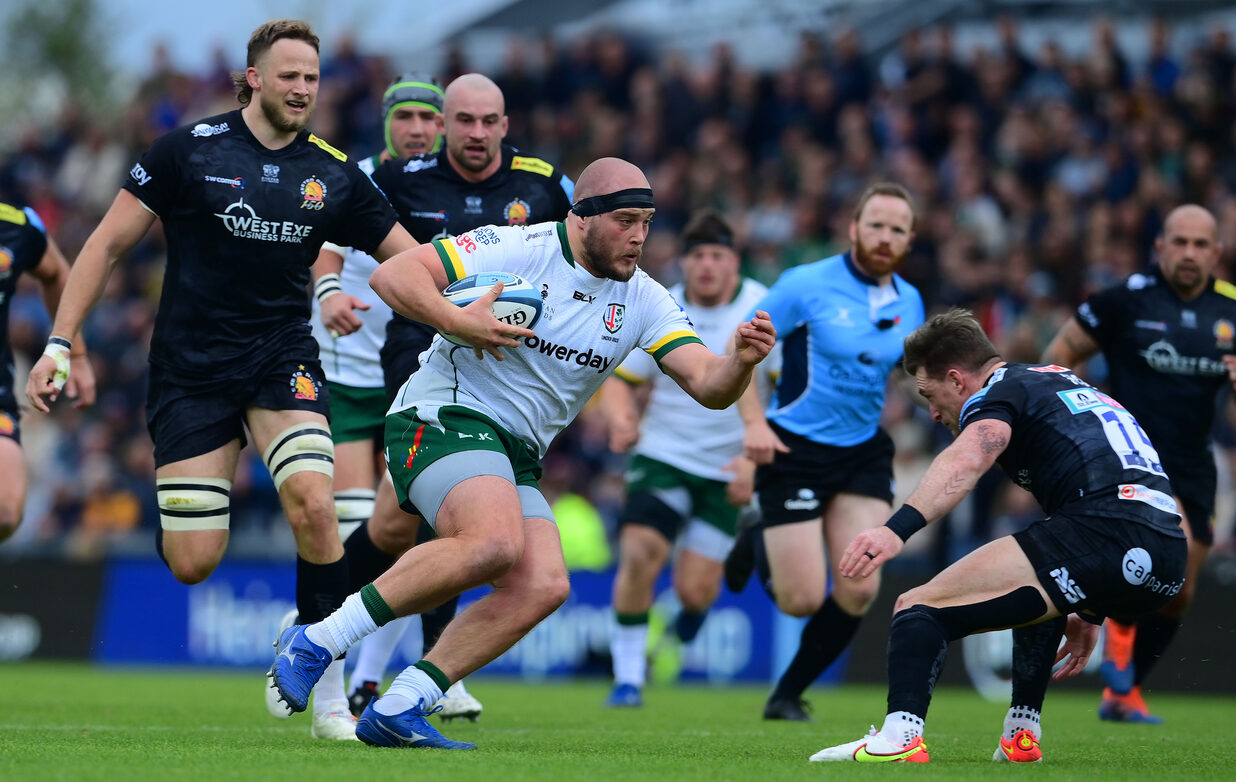 Ollie Hoskins believes London Irish were rewarded for ‘trusting the process’ against Exeter Chiefs last weekend - and insists the Exiles will need to adopt a similar attitude against Bristol Bears on Saturday.

Irish registered their first victory of the season at Sandy Park in Round 6 and buoyed by that win, Hoskins and co. are excited about returning back to the Brentford Community Stadium this weekend, for the visit of Pat Lam’s side.

“It really has been close calls so far this season – really fine margins,” he said.

“We’ve always been a very process driven team, so we’ll always stick to our plan.

“It would’ve been easy for us to throw our toys out the pram and try something different, but we stuck to it and we were rewarded at Exeter.

“To get that monkey off our back and get that first win - and for it to be a bonus-point win at Sandy Park - is pretty impressive and builds some momentum going forward.”

Hoskins is under no illusions regarding the size of the task facing Irish on Saturday, despite Bears - who topped the division last term - heading into the weekend in 12th place.

“What’s important now is that we build on that Exeter performance and victory, starting against Bristol this weekend,” said Hoskins.

“We’ve had a few close games at home, with a couple of draws and a narrow loss – we need to get that win now.

“The fans are back and they deserve a good win at home – and that’s what we’ve been focusing on all week.”

*You can read more of Ollie's exclusive views in Saturday's matchday programme - available in and around the ground for £4 on matchdays!