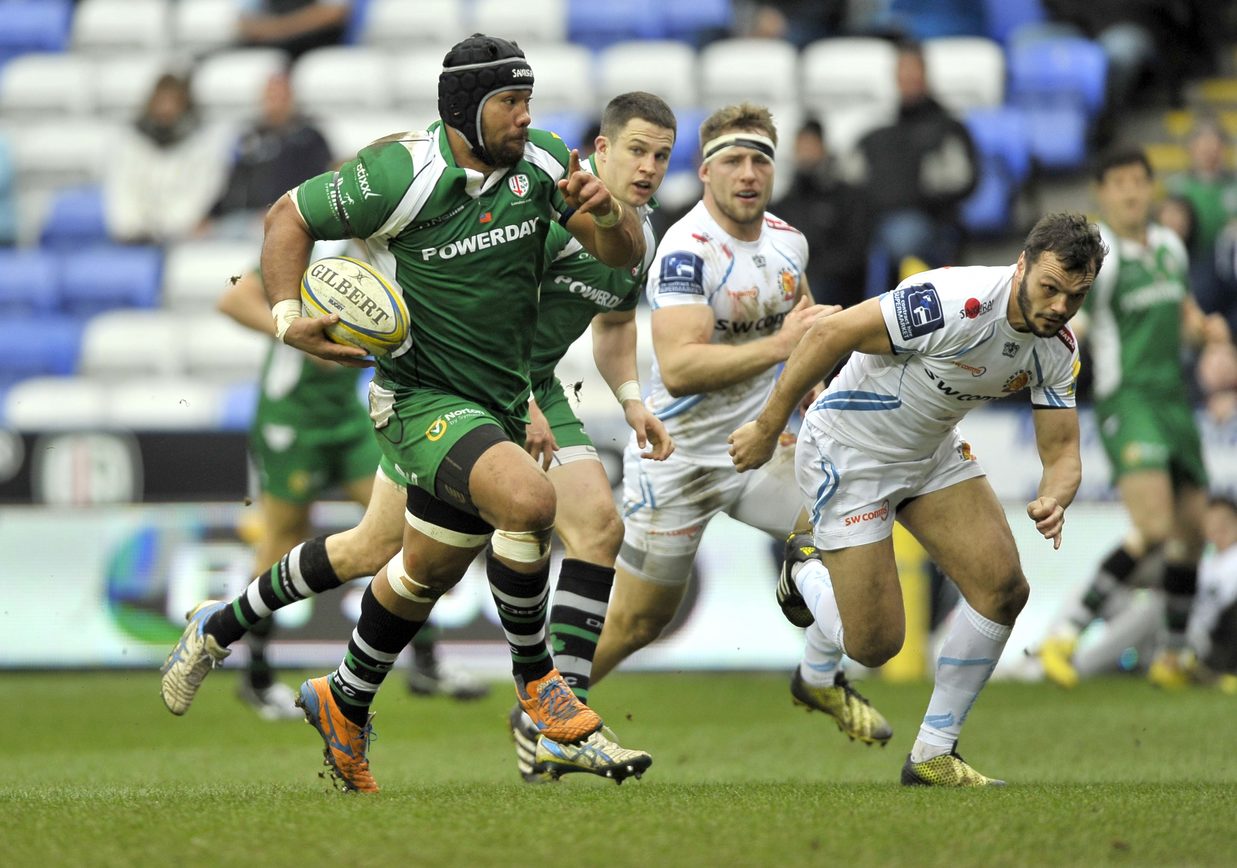 After a closely fought first half London Irish went into half time with a narrow 10 – 6 lead thanks largely to a breakaway try from Ofisa Treviranus, picking from the base of a ruck to sprint away and score under the posts from 35 metres out.

The second half saw Irish score a further four tries; from Topsy Ojo, James Short and another two tires from Treviranus, one from a crash ball off replacement scrum half Darren Allinson and the other from an offload from centre Tom Fowlie, as the Samoan back-rower claimed a hat-trick and the man of the match award after a fine display in Italy.

“I got my tries as a result of all of the boy’s good work,” said Treviranus of his hat trick. “Everyone put in the hard work and that allowed me to score.

“In the first half we didn’t follow our plan that the coaches gave us. In the last 20 minutes we picked up the intensity at the breakdown and followed our calls and that is what made the difference.

“The way we played in the last 20 minutes is how we wanted to play the whole game. The first half was tough, going in leading by just four points but we were happy with how we came back and did what we needed to do.”

Following the bonus point win Irish finished top of their pool, securing a home quarter final against Scottish side Edinburgh and Treviranus recognises the importance of securing a home tie and also how much work Irish have left to do.

“There is a massive gap between this final pool game and the quarter final,” he said. “I think that is a good thing as it gives us time to get refreshed and also a chance to work on fixing the mistakes we made.

“We are really looking forward to the Edinburgh game. It is a really good chance for us, playing a home quarter final in front of our own supporters.

“I think it is a good chance for us, our supporters and for London Irish as a club.  Playing it at home will be great so I cant wait for that game but there is a big gap now to work on what we need to do both individually and as a team so it is a massive opportunity for us to push on.”

And, due to the luck of the draw, if the Exiles win against Edinburgh they would then face a home semi-final against either Cardiff Blues or Newport-Gwent Dragons giving them another chance to play knock-out cup rugby in front of their supporters at the Madejski.