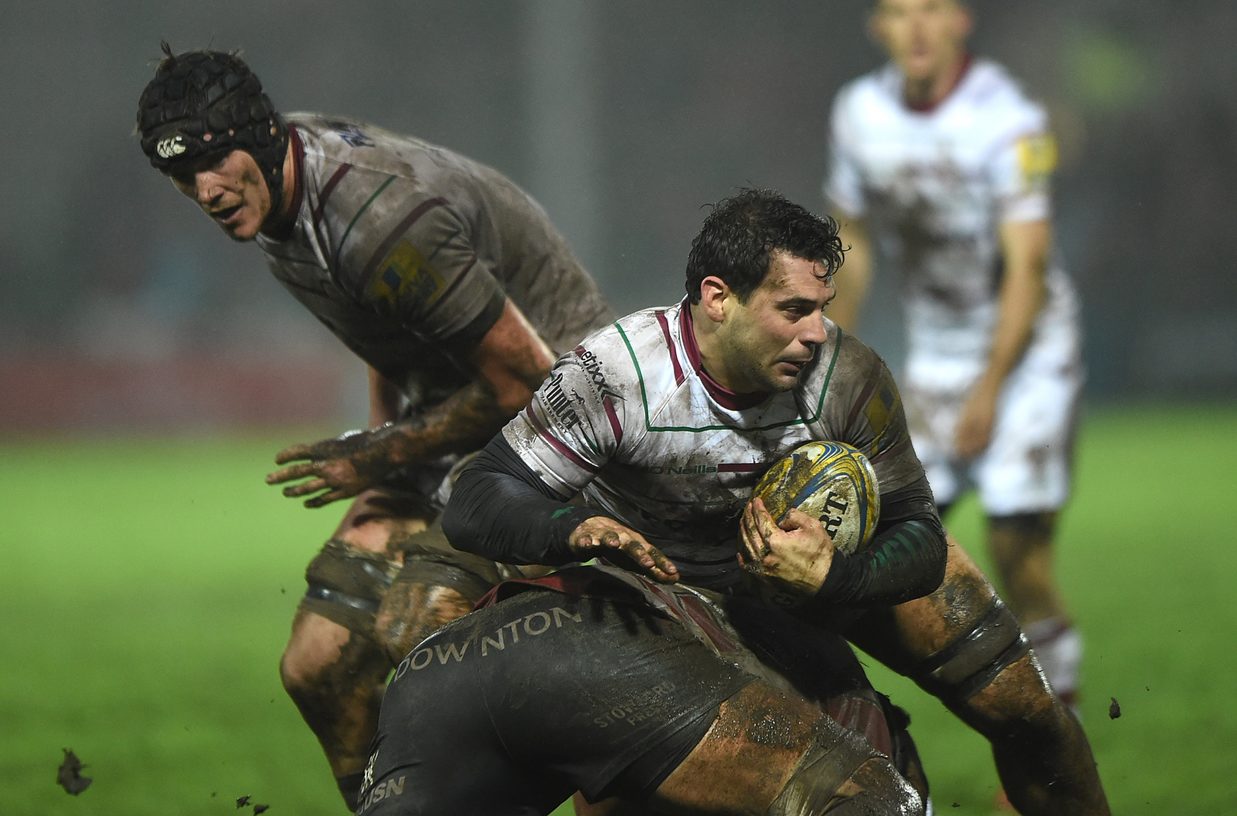 The 25-year-old, who made the switch from Harlequins last season, visited Hudson Catholic High School in New Jersey earlier this week to promote the sport to local youngsters.

And Trayfoot admits he has been impressed with the appetite for rugby in the States since touching down, saying: “I think there are a lot of people who would like to play the sport, and there is certainly potential for this great game to grow in America.

“To make it easier for people to understand, we’ve used American football as a basis for explaining the rules and techniques involved in the game.”

The 6ft 5” imposing forward is amongst the replacements for Saturday’s Aviva Premiership clash with Saracens at the Red Bull Arena.

Trayfoot is eagerly anticipate a tough tussle with the reigning Premiership champions, adding: “Training has been very good and the guys are very focussed on the job – we are well aware that we are over here to do a job and we want to get our season back on track with a win.

“That’s the most important thing about this trip. It’s always nice to see a change to your normal fixture schedule, and in this instance it has been good to freshen things up and get away to somewhere new.”

Match tickets to the USA game this Saturday 12th March at the Red Bull Arena are available here.

Match tickets for the famous St Patrick's Day game on Sunday 20th March at the Madejski Stadium are also on sale. Click here to purchase now or call the London Irish ticket hotline on 0118 968 1016.