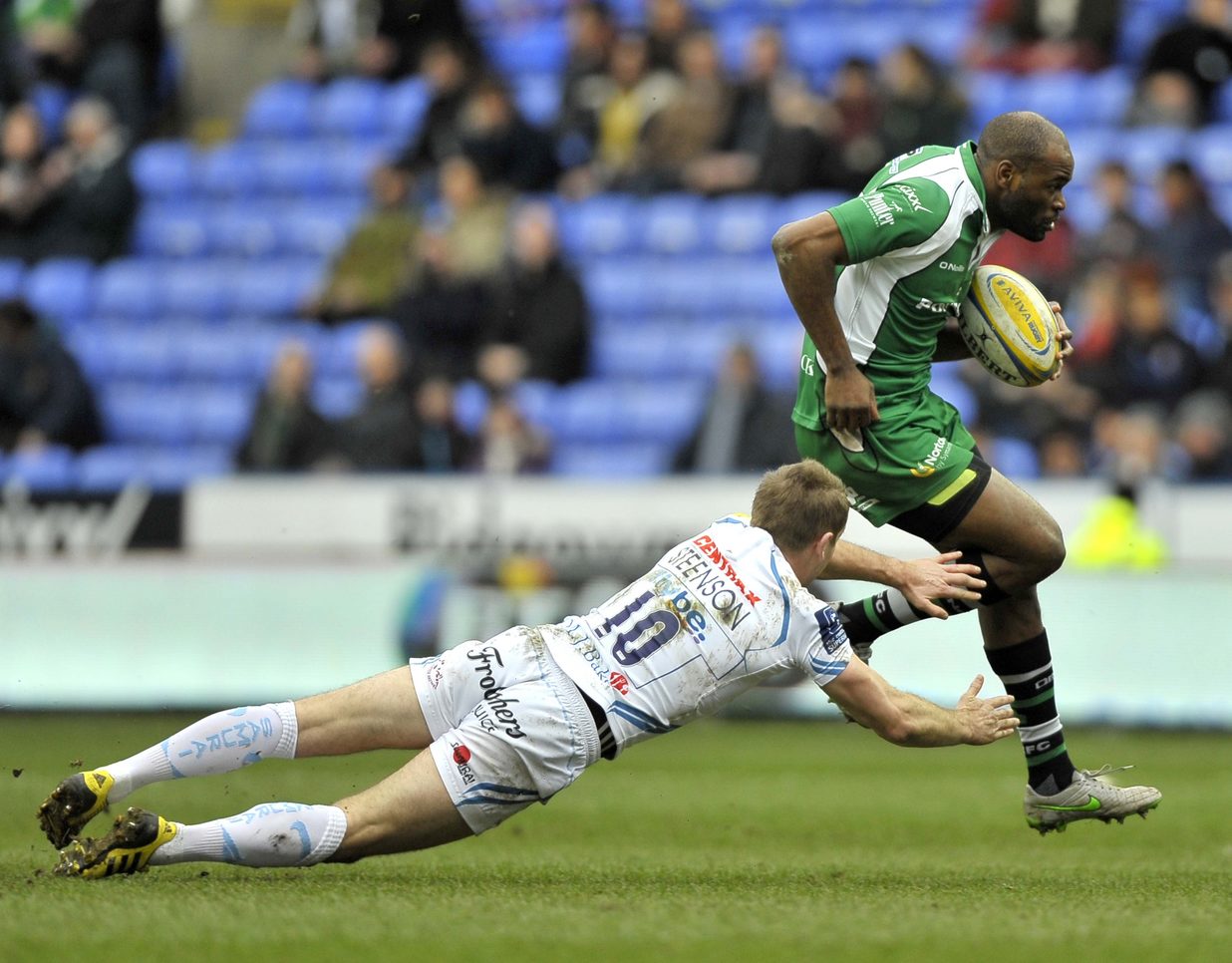 London Irish’s record try scorer Topsy Ojo insists his side are ‘not panicking’ after suffering defeat against Exeter Chiefs last weekend, a result that left the Exiles at the foot of the table.
The Irish winger is under no illusions of the task in hand, and has vowed to help his teammates do all they can to improve the Exiles’ fortunes.
“We are in a battle 100% there is no getting away from that, but we are not panicking, there are plenty of points to play for,” said Ojo, who was awarded Citizen Try of the Week for his length-of-the-field effort against Exeter Chiefs last Sunday.
He added: “We know we are creating enough opportunities to win games, so it is important we maintain the positivity. We were disappointed with the result on Sunday but if you look at the game as a whole, there is enough that if we can maintain a lot of those standards, then we have a chance of picking up the points we need.
“With that in mind, there is no panic, no emergency, it is just about maintaining that focus and belief and making sure we are ready to perform at the weekend.”
It was not for want of trying that Irish failed to get the victory over the title-chasing Chiefs. The effort and endeavour the players showed was very evident, however Ojo alludes to a lack of accuracy and composure as crucial to not getting the victory.
“I think 75-80% of what we did was spot on - the intensity in defence and our overall intent, attitude and creativity was exactly where it needs to be for the rest of the season,” said the explosive winger.
“The falling point was our conversion rate, if we had taken more of the opportunities we created in the first half, I think we would have been able to close the game out, so ultimately that is where we came up short,” added Ojo.
Tom Coventry’s charges have been much improved with their discipline in recent weeks, however this was not to be on Sunday as they were on the wrong side of the penalty count and had two players yellow carded.
“In recent weeks we have taken massive strides forward with our discipline, I know it is always hard in the set piece, because sometimes, once there is a perception, it is very difficult to turn that around,” said Ojo.
“Speaking to some of the front row after the game, they felt a little hard done by with some of the decisions. As a result, against teams with quality kickers, Gareth Steenson last week and Freddie Burns this weekend, if you give them opportunities to take points they will take them.
“It just means having to work that little bit harder to stay in the game. It is something that we have spoken at length about following the Exeter match and we need to make sure going forward it isn’t such of an issue,” added Ojo.
Last season Irish snapped up a win at Welford Road for the first time in 11 years, and Ojo sees Sunday’s fixture as an opportunity to get that much need first away win of the season.
He said: “It is an opportunity for us, not just based on their own form but off the back of last year as well. We went up and we were desperate for a win, I think that one was based more on the fact that we hadn’t won there for over a decade and to claim that scalp was huge.
“There is even more importance placed on the fixture this year with the need for us to pick up points. We are under no illusions about how tough it will be, Leicester are a formidable team regardless of their form. Welford Road is one of the hardest places to go, but we are up for the challenge and if we get the same intensity that we got last week and convert those chances then we have an opportunity.”
Stand by for the team announcement today at 12 noon.