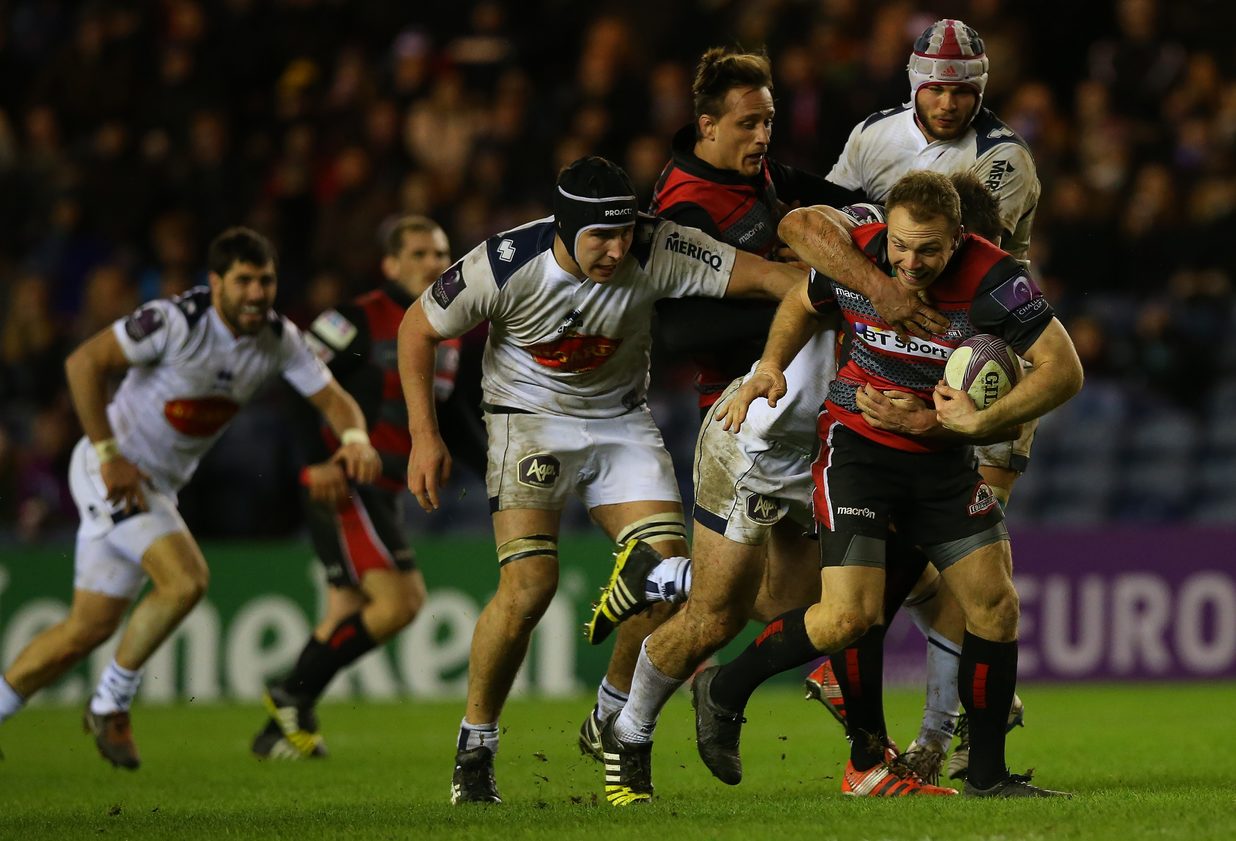 New recruit Greig Tonks is delighted to be back in the Aviva Premiership after making the switch from Edinburgh Rugby this week.

Speaking for the first time after inking a deal with the Exiles, the fly-half who has six Scotland caps, is raring to go ahead of this weekend’s trip to Bath.

“I’ve been really impressed with the facilities here at Hazelwood, and we as players certainly have everything we need,” said the 26-year-old.

“I spent four years away in Edinburgh and I loved it there, but it is good to get back into the Premiership. It is a very competitive league and the next few weeks is going to be tough for us starting with Bath this weekend.

“We have a battle on our hands, but I’m looking forward to the challenge and I believe that the club has what it takes to dig deep and pick up some results,” he added.

Tonks admits it took a heavy heart to leave Edinburgh, a club that he grew very fond of during a successful spell north of the border, but the South African-born No.10 is now itching to pull on the green jersey.

He said: “There are some amazing people up there and it was hard to leave, but joining London Irish is a great opportunity for me.

“I’ve got a lot of friends and family down here, so I’m looking forward to the new lifestyle. I knew a few of the boys before signing for the club and they had nothing but good things to say about the set-up here. There seems to be a really good team environment here and everyone is keen to dig in and give their best.”

Turning his attention to a showdown with Bath, Tonks is keen to make an early impression for his new club, saying: “I’ve just got to get my head down in training and give 100%, and hopefully I can get my chance in the team.

“I’d like to think that I can bring some experience to the team and a good tactical and game awareness.

“Firstly, I need to get up to speed with the systems that are in place here and get to know the lads and how they tick on the rugby field.

“Bath will be a stern test, and they will be disappointed with their recent run – they are a decent team at home and they have got the sort of players that can put on a performance when they need it most. They score some good tries and have a lot of talent in the backline at their disposal, and we just need to go there and give it our best shot.”