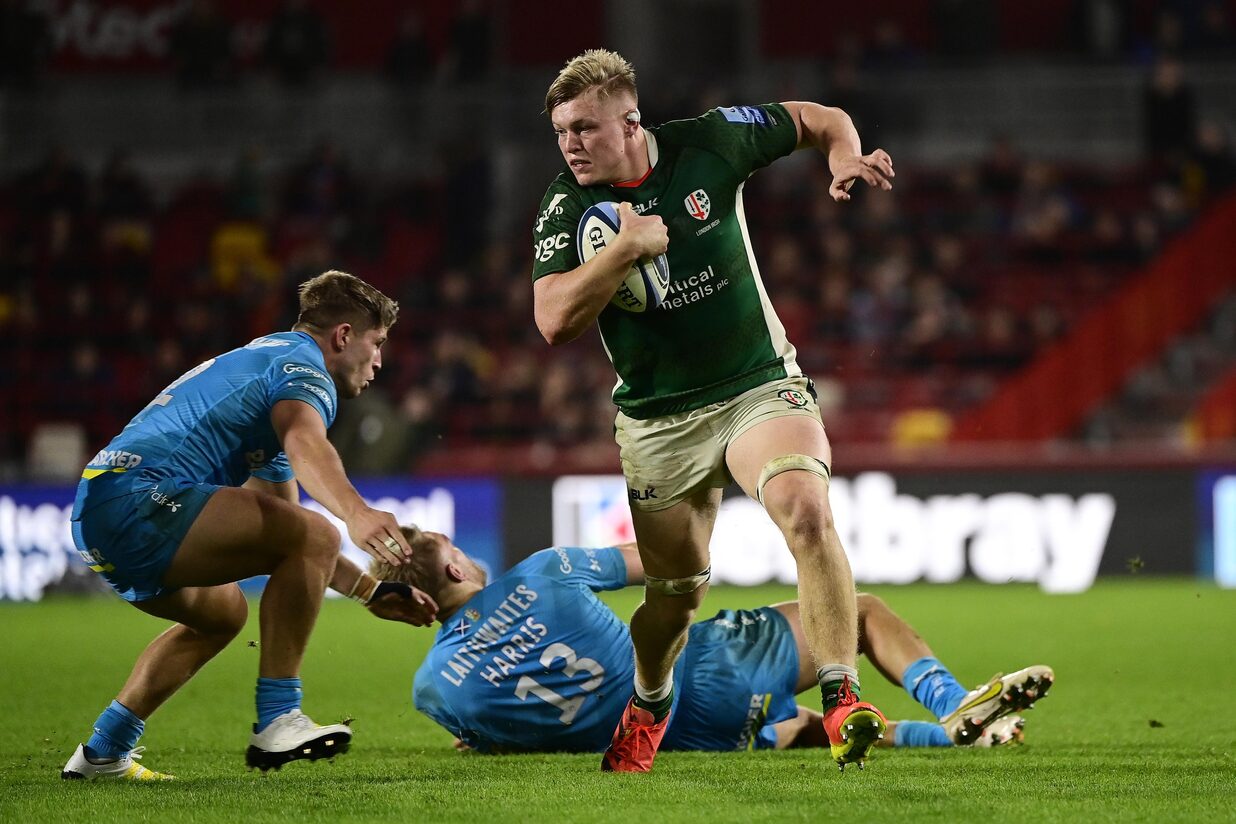 Ahead of a first personal trip to play at Mattioli Woods Welford Road, Tom Pearson has outlined the onus is on London Irish to reverse their fortunes this weekend.

The Exiles’ last Premiership outing saw them led by Pearson’s influence in a strong second-half showing at Sandy Park against Exeter Chiefs, falling short in a 22-17 final score.

In a patch of tribulation for the squad, Pearson has sought out positives such as early intent in Irish’s league displays, but maintains that consistency will eventually see the team into better form.

Coming off the back of another bye week, the 23-year-old tells of the challenge in returning back to action with a fitful schedule.

“It is difficult, I know it’s something not a lot of teams aren’t used to and it’s a challenge to keep momentum,” Pearson explained.

“In our situation, coming off the back of close losses and then having a week off isn’t ideal, you want to get back in and right those wrongs.

“At the same time, it does give you time to pick out specific areas to focus on with three or four really good rugby sessions that you might not be able to do in a gameweek, but the more games the better really!” 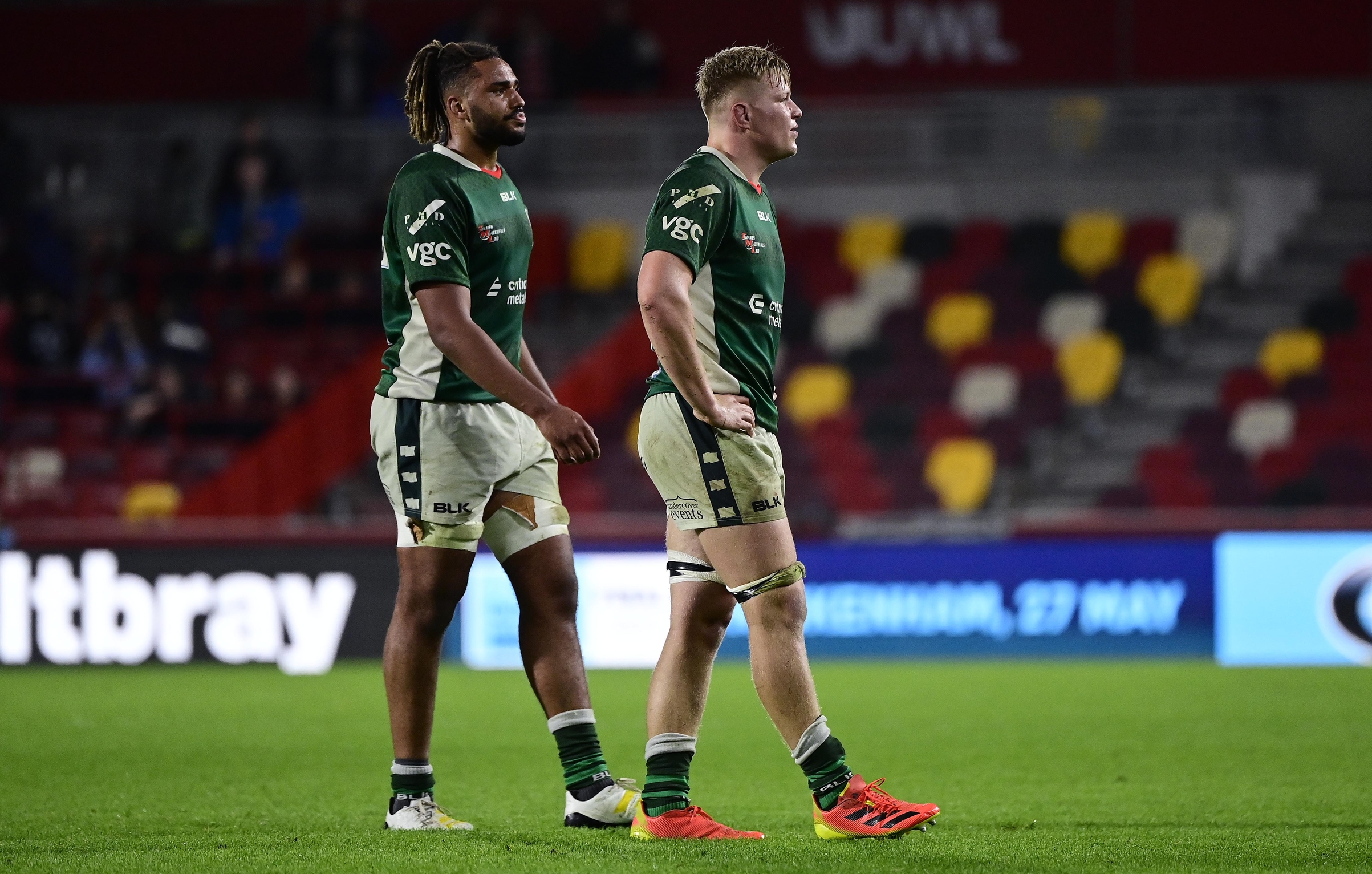 In between Irish’s league games, Pearson and Will Joseph have been incorporated back into England’s plans this season over the Autumn Nations Series schedule.

Despite not yet attaining his first cap under Eddie Jones, the back-row forward has been encouraged by his inclusion and is valuing his time with the national set-up.

He also points to such involvement in England’s training squads, which started in the second half of the 2021/22 campaign, as grounds for extending his contract with the Club over the summer.

“It’s tricky of course when sometimes you go in and out at the start of the week and then come back to play for your Club, but at least in that sense you have a game at the end of the week to put in to practice what you have been training on.

“You take on so much with England, so the more opportunities to train with those guys, the more you learn.

“One of the reasons I re-signed last year was how much I was enjoying my rugby, having broken through into a few training camps towards the end of last season pre-Barbarians and Australia.

“I picked up a light injury in one of those camps that kept me out of selection unfortunately.

“It’s so important that they look at Irish as a good Club, results haven’t been going our way but that doesn’t stop boys being selected and getting their chance in the national teams, be it England or elsewhere.”

“It’s great, players like Ben Donnell and also Juan, who is even younger than me, but he has the makings of a real Argentina legend in a few years’ time.

“We all push each other on in the week and we really build those bonds on the weekends, at Irish I always have in the back of my mind that players like Juan are playing well and contesting for a starting spot, so it’s really positive.” 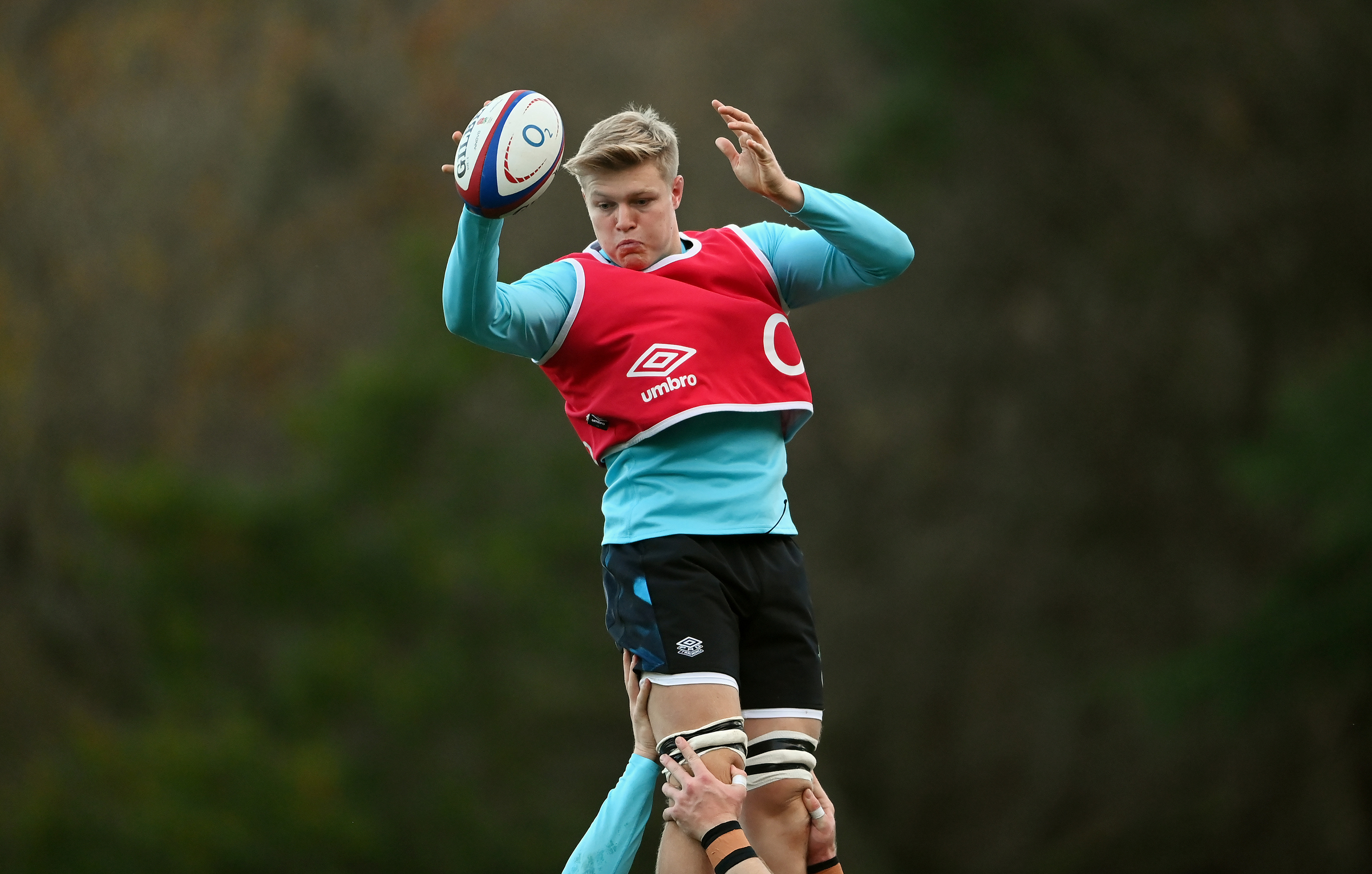 Now fully integrated back into the Exiles fold as the Autumn Nations Series comes to a close this weekend, Pearson is keen to get his Club back to winning ways.

Reflecting on the season thus far, he and the squad are readied to redress the shortcomings of the last few weeks that have seen the Exiles sit in the undesirable position of last in the Gallagher Premiership.

“We have been in similar situations in recent weeks and that is frustrating on that part, but at the same time you can look at games like Harlequins and Exeter Chiefs away and see that they are really tough places to go.

“How close those games were are frustrating, I wasn’t playing in the Quins match but I was at the Stoop that day and those last five minutes were a tough watch.

“We haven’t had too many games at Brentford this season, but when those games do come around we will really go for those.

“I think we need to be a bit more consistent over 80 minutes; the positive thing is we have started quite well in a number of games, we were two tries up against Quins for example, and it is something we couldn’t say last season.

“On that occasion against Quins, in the last 20 minutes we fell out of luck and it was almost the opposite against Exeter.

“I think more consistency throughout 80 minutes will see us turn the results around.”

Steve Borthwick’s Leicester Tigers, the reigning champions of the Premiership, await this Sunday for Irish, who are yet to reach the heady heights of last term.

The East Midlanders still remain a threat this year, Pearson maintains, but the youngster remains optimistic of Irish’s chances in Round 11.

He concluded: “100% they’re a great side, but on the flipside to that, challenging yourself against the champions at a place like Welford Road is what we look forward to as a squad.

“It’s exciting for us, it’s my first time actually playing them but we know it’s going to be tough and they play their brand of rugby - it’s a simple yet effective style, and we know what they’re going to bring.

“It’s more about us this year, if we can deal with their kicking game and neutralise that, we can utilise our backs to counterattack.

“That’s really important, as well as neutralising their maul threat but equally our lineout has been really solid this year.

“If we can get our back three guys into the game early, teams have had success from that recently and we’re playing them at a good time in the autumn.”