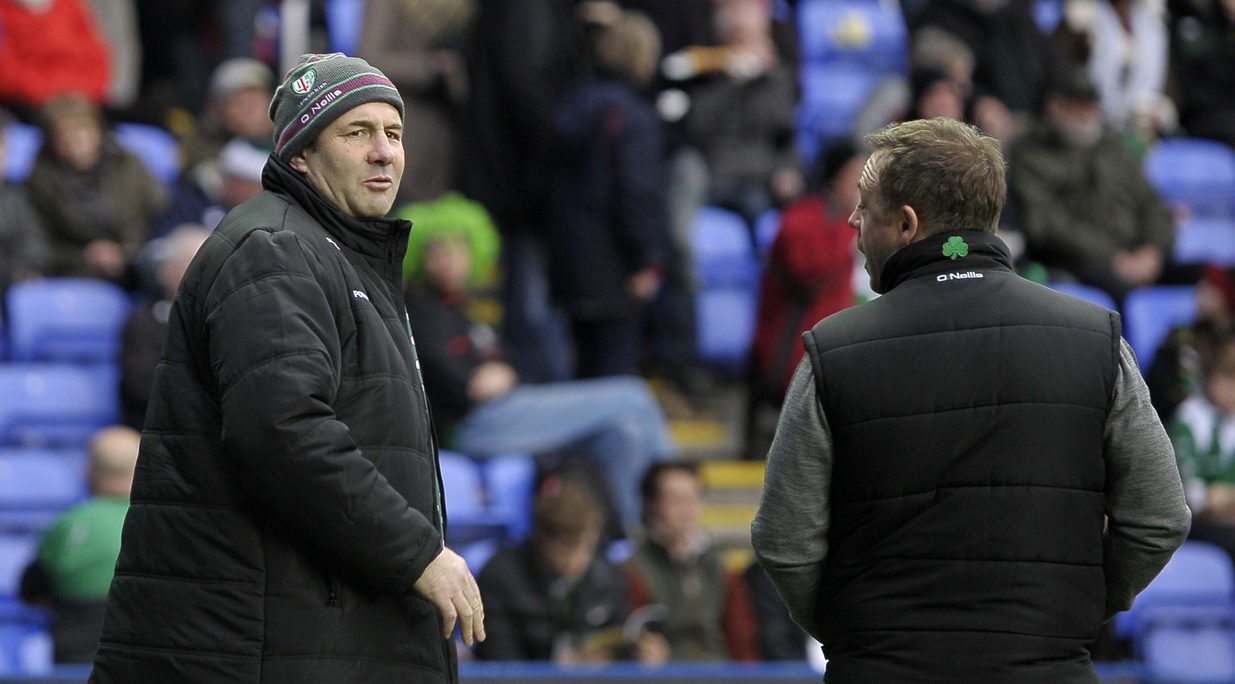 London Irish’s defeat against Harlequins on Sunday at the Madejski Stadium condemned the Club to relegation from the Aviva Premiership.

Tom Coventry’s charges showed spirit to claw their way back into the contest and led 25-22 with just over 10 minutes of the match remaining. However a Kyle Sinckler try secured the visitors a bonus point victory.

Speaking after the game, the Exiles Head Coach was in despondent mood.

“We are all hugely disappointed, it’s a sad day for the Club in so many respects. The changing room is a morgue as you would imagine. The boys gave everything, I thought they played well at times, they exerted dominance in the game, and we just weren’t able to keep Harlequins at bay. We were quite easy to get through at times defensively and those tries that they scored pretty quickly were telling of that.”

Sunday’s match was in many ways the story of London Irish’s season. The players worked hard to get themselves into winning positions, but were just unable to close out the contest.

“We have gotten ourselves into situations where we can win games, but finishing games off hasn’t been a strong point of ours.

“I must say that we have shown signs of being in games for longer, we have improved from the first five or six rounds where we didn’t show any signs of dominance in any particular area, and we have steadily been in games longer and the score lines have reflected that. We just haven’t been good enough in finishing the big moments and scoring in the killer zone and putting teams under pressure when you really need to, and it has come back to haunt us.”

“There has been lots of things that we will look back on and review and see if we can eliminate going forward and take the positives out of this year.”

Two positives this season have certainly been Theo Brophy Clews and Johnny Williams, two senior Academy players who have been shining lights for the first team this season. Brophy Clews kicked 10 points in a Man of the Match performance on Sunday.

“Theo has been one of the highlights of the season, I think he has had a marvellous year. He had Johnny Williams outside him who is the same age. They have been two standouts for me, they have been marvellous boys and have been easy to coach.

“They are a sign of where the Club are going. We have good youth coming through the Academy, the Academy have done a wonderful job this year and those two boys have come directly out of it. Tom Smallbone is another young prop who did a pretty good job. Those sorts of things, we probably don’t acknowledge. The progression of those boys is where you build a club and base your future around. There are plenty more coming through as well.”

There were over 9,000 supporters watching the final home match on Sunday and the atmosphere around the ground was fantastic. Coventry applauded them all for their fantastic support.

“Our supporters have been marvellous, they were cheering us right up until the finish. I’d like to thank them for getting behind us all season. As long as we can give them everything that we have got, they can watch us play and be proud of the fact that we are giving something back and that is the key.

“At times in the year we have struggled to do that. There were times when I thought we had come off the field and let our supporters down and ourselves down, but as the year has gradually gone on we have had to be a little bit tougher.