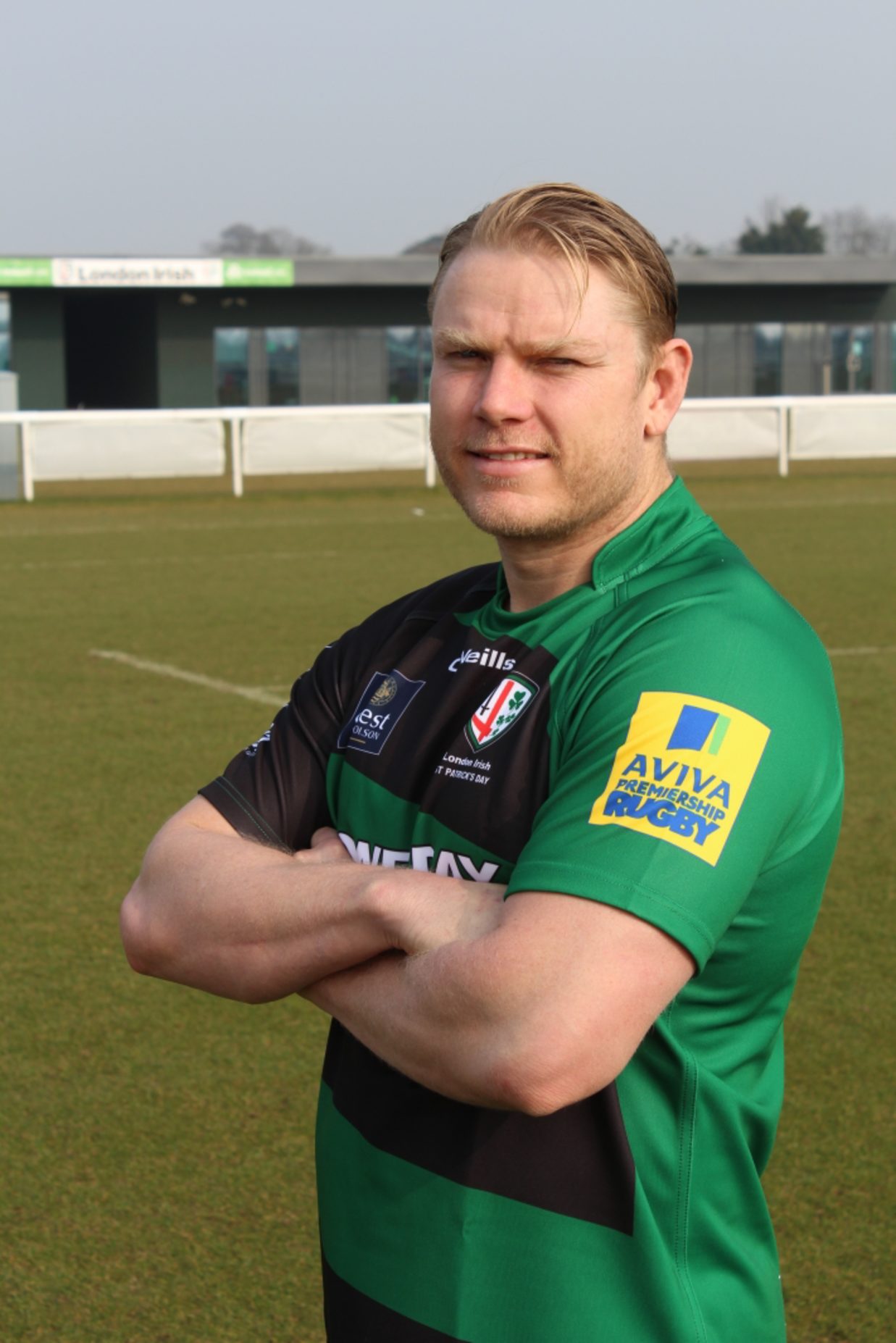 Like London Irish's opponents Newcastle Falcons, Tom Court has yet to experience the St Patrick's Party – but after hearing tales of past fixtures, the prop is relishing the chance to get involved.

The Exiles have celebrated St Patrick's Day at the Aviva Premiership Rugby home game closest to 17 March since 2001, but have never previously hosted the Falcons for the occasion.

With Court joining from Ulster last summer, Dean Richards' side will not be the only St Patrick's Party debutants running out at the Madejski Stadium when the 2015 Party kicks off on Saturday.

The annual fixture is a firm favourite among Exiles fans and this year more than 20,000 revellers can listen to live music starting at 11am in The Village and take part in various competitions.

Former Ireland international Court admits that while it might be difficult to resist temptation to get involved in the festivities, the atmosphere should boost the players out on the pitch.

"The London Irish St Paddy's game is part of what the club is renowned for and it's a massive celebration,” he said.

"Obviously it's the highlight of the London Irish season in terms of the pre and post-match celebrations and functions.

"I'm really looking forward to it and it'll be great to have the family there getting involved with the pre-match setup and the post-match celebrations, hopefully after a win.

"The Irish connection that has run throughout the club over the years gives us a very proud heritage that the boys want to inject into the game.

"It will be an intimidating atmosphere for Newcastle, I guess that's part of the plan but we need to make sure that we do not get drawn into the celebrations beforehand.”

The Exiles have triumphed in four of the last five St Patrick's Party fixtures and will be keen to secure another victory, with Newcastle only one place behind Irish in the Aviva Premiership Rugby table.

And with Falcons winning plaudits for their attacking style this season, Court believes they will make ideal opponents for a thrilling game in front of a vocal crowd.

"It's good to be playing Newcastle as they play a really expansive game now and have got some really dangerous backs like Sinoti Sinoti, Alesana Tuilagi and Juan Pablo Socino,” he added.

"They've also got a lot of other players coming through and have really built a dominant forward pack.

"They've been a bit unlucky at times not to come away with more wins and more points and deserve to be much higher up the table.

"We're focused on the game as we want to finish as high up the table as we can.”


The London Irish St Patrick's Party takes place on Saturday 28 March at the Madejski Stadium. The day starts at 11am with fun for all the family, followed by London Irish v Newcastle Falcons in the Aviva Premiership. For tickets call 0118 968 1016 or visit www.London-irish.com.