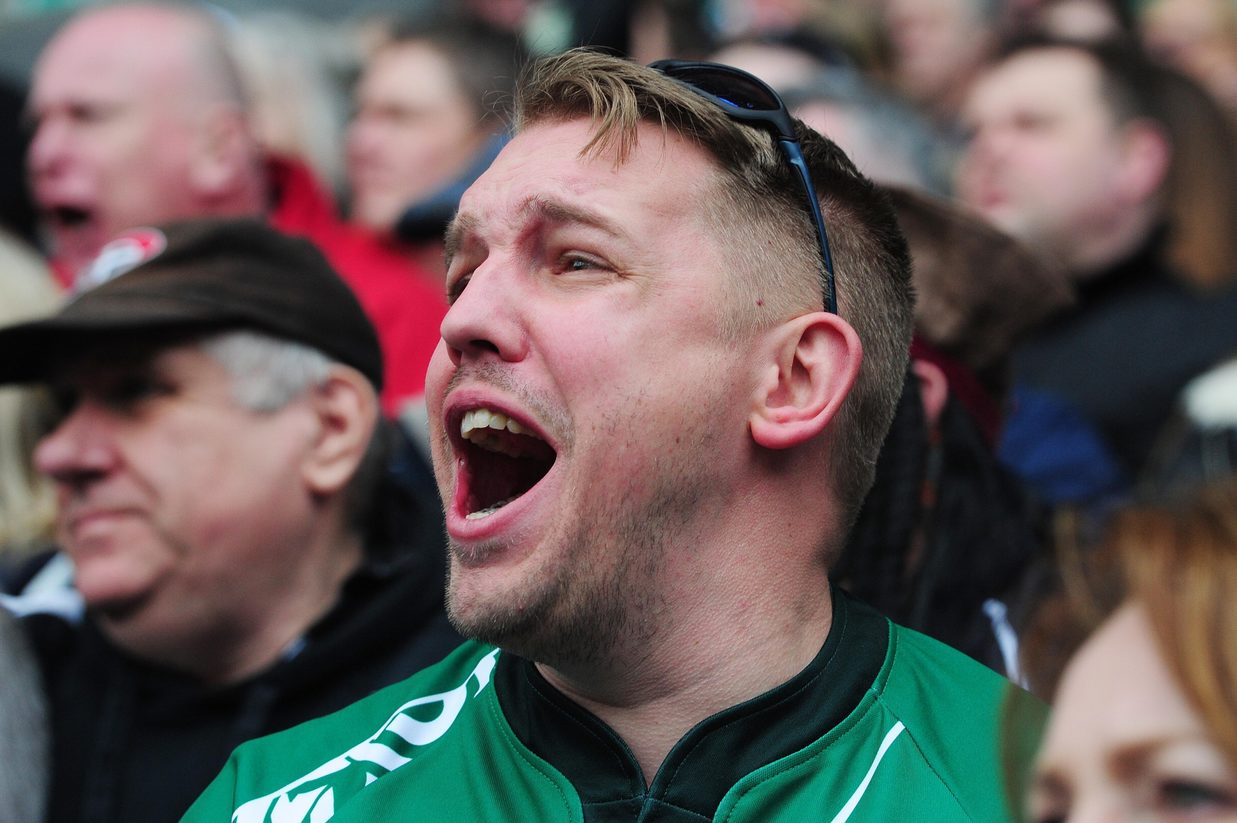 Victory over Doncaster Knights in the semi-final moved the Exiles a step closer to the Premiership, with supporters now snapping up their tickets for the showpiece occasion on Wednesday 24 May (kick-off 7.45pm).

More than 200 tickets were purchased within half an hour of the final whistle on Saturday as supporters rally behind Irish’s promotion bid.

Chief Executive Bob Casey said: “Our supporters were fantastic on Saturday as they have been all season and I’m sure they will bring the noise at the Madejski Stadium in the second leg of the final.

“It promises to be an electric atmosphere on the Wednesday night and it will be an occasion not to be missed.”

A rousing rendition of Fields of Athenry will be performed pitch side by Paul Bowen before the players enter the arena, while the pre-match Craic will be open in the North Stand from 5.30pm where food and drink will be on sale.