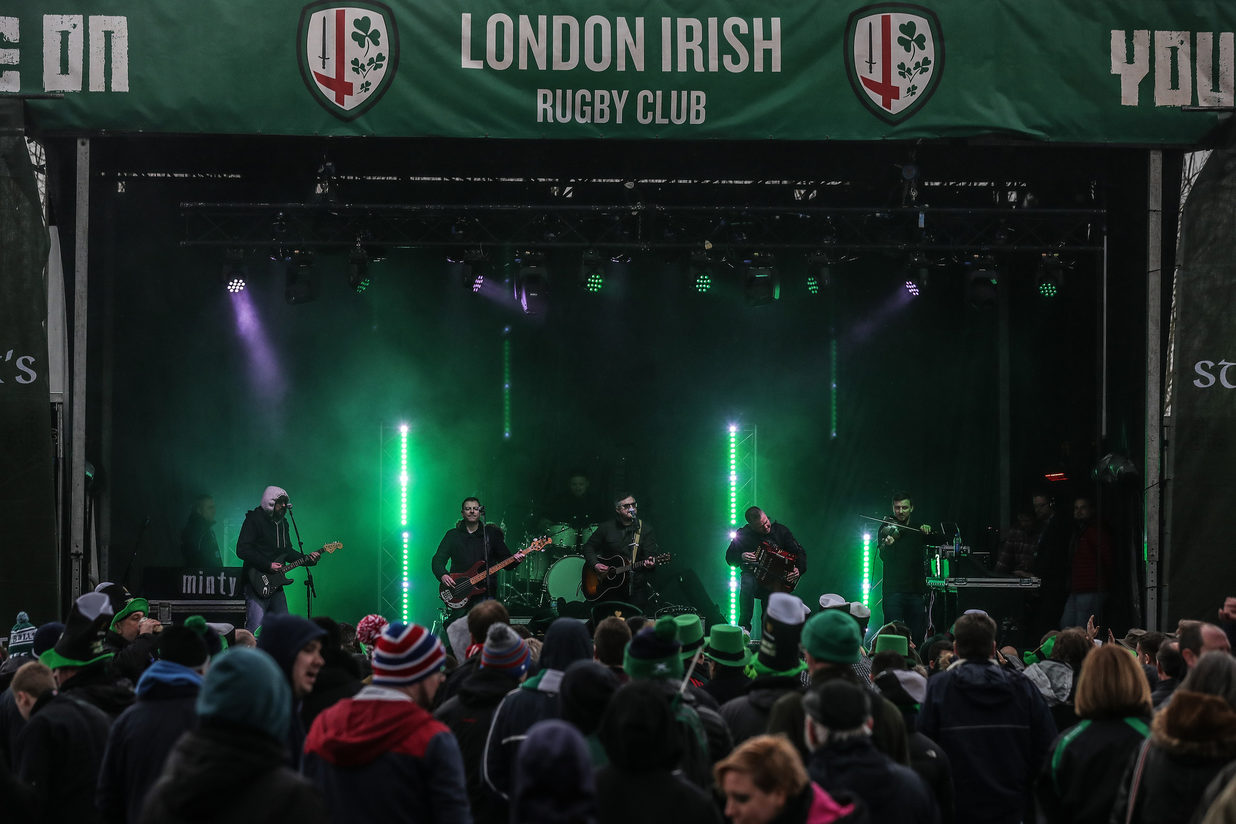 Three of London Irish’s biggest matches this season - the Christmas fixture against Bath, the St Patrick’s Party against Northampton Saints and the ‘Farewell Madejski’ final game of the season against Bristol - are now on sale.

Tickets are available exclusively to Members for a priority booking window which will last for one week, before going on general sale next Monday 16 September. The tickets will remain at the Early Bird discounted price until Monday 23 September.

The Golden Bundle is a three game ticket that includes the club’s biggest games of the season, whereas the 8 Game Bundle offers half of the home matches this season at a reduced price - see below for more information.

The 8 Game Bundle incorporates all of the top fixtures that you’ll want to see, including; the Christmas game against Bath, the iconic St Patrick’s Party against Northampton Saints, the Gallagher Premiership showdown against rivals Harlequins and the epic end of season ‘Farewell Madejski’ party against Bristol Bears.

As well as the standout fixtures, a selection of other matches across the season are also included within the bundle - click here to see what’s included.

Following feedback from supporters, this ticket offering is aimed at those who might struggle to attend all 16 home fixtures or are unable to commit to the cost of a full Season Ticket.

The 8 Game Bundles start from £180 for adults and offer a saving of up to £68 compared to buying standard advanced tickets on a match-by-match basis, and to make the bundle even more affordable supporters can spread the cost over four months by using direct debit if they buy before the end of September, with not a penny owed until mid-October!

Club Members can save 10% when purchasing an 8 Game Bundle, the discount will be automatically applied when you log in to the ticketing website.

A full Season Ticket still remains the best value for money option and is the only way to get priority choice of seating in the new Brentford Community Stadium.

The Golden Bundle is a three game ticket that includes London Irish’s biggest Gold category games of the season. Bath on Sunday 22 December, the St Patrick’s Party against Northampton Saints on 28 March and the Farewell Madejski match against Bristol on 6 June. If you can only make it to three games this season, these are the ones you don’t want to miss!

Every year the club’s Christmas fixture is a stand-out in the Exiles calendar. Bath make the short trip down the M4 this season and Irish will look to celebrate the festive season in style against its rivals from the south-west.

Bristol Bears will be the last opponents to visit the MadStad and preparations are already underway to make this the biggest game of the season, with the club is preparing for a sell-out crowd to mark the momentous occasion.

An adult can get their hands on a Golden Bundle from just £80, with savings of up to £29 compared to buying tickets for all three games individually.

For more information on the ticket bundles, please click here. All tickets included within both bundles are transferrable, so if you can’t make a game you can share the ticket with a friend.

London Irish hope to see you at the Madejski Stadium this season to be a part of what promises to be an unforgettable year. Secure your ticket bundle, Season Ticket or match ticket now by clicking here, or calling 0118 968 1016.