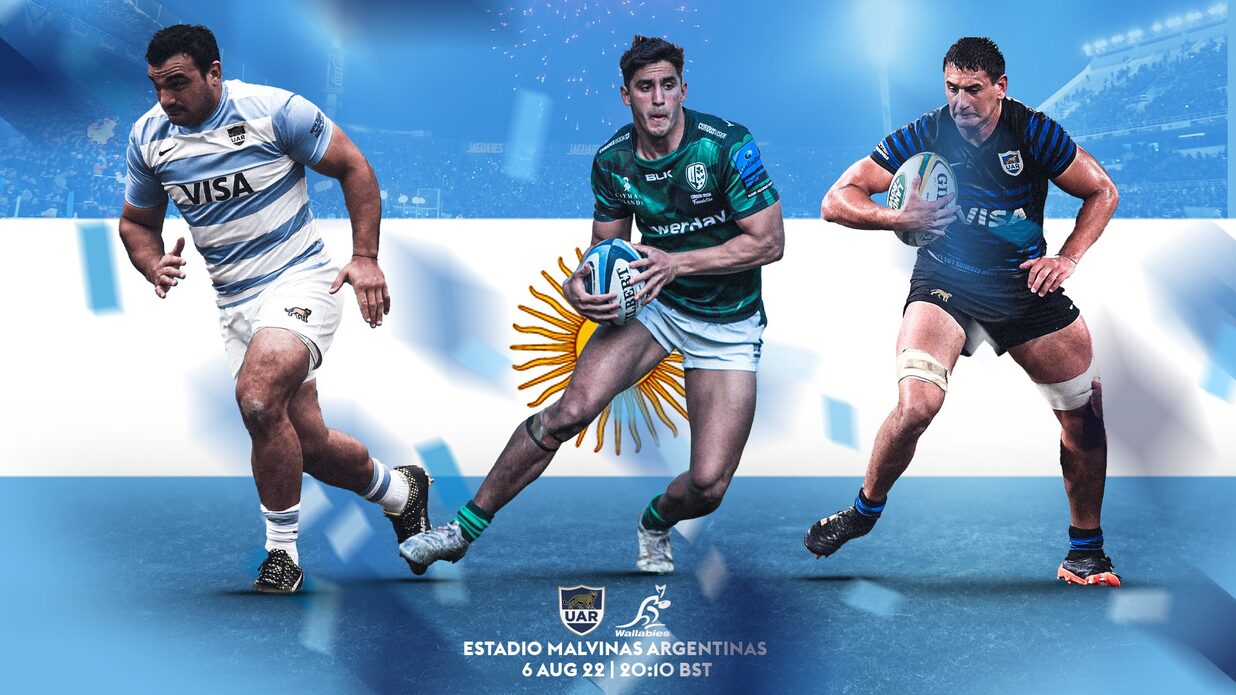 Agustín Creevy, Lucio Cinti and Juan Martín González have once again been chosen in Michael Cheika’s Argentina squad as the union now prepares for the 2022 Rugby Championship.

The three Argentine Exiles were selected and capped in Los Pumas’ 2-1 series triumph over Scotland in the test series earlier this month, with Creevy earning his first appearance in international colours since the 2019 Rugby World Cup.

Argentina opened the series at the Estadio 23 de Agosto in Plata with a 26-18 win, but Scotland countered well in a match where Kyle Rowe made his debut to convincingly beat their hosts 29-6 in the second test.

All three Irish representatives played their part in a classic finale to the July tour, where Emiliano Boffelli’s late converted score the only separating factor between the sides to round off at 34-31.

Now, Cinti returns to play in the competition he made his first full debut in last year, whilst five of González’s 11 Argentina caps have arrived in the Southern Hemispheric tournament.

Irish’s veteran hooker has played in eight of the nine editions of the tournament since Argentina was welcomed into the SANZAR fold in 2012.

In 2015, then captain Creevy and his side condemned South Africa to the wooden spoon for the first and only time in the Championship with a famous 37-25 win in Durban.

Previously the Tri Nations, the old tournament was briefly revived in 2020 as a result of South Africa’s withdrawal due to the ongoing COVID-19 pandemic.

This year, each side will play six fixtures and host three games, but the schedule will not be evenly spread as Los Pumas host Australia twice and South Africa once for the first time since Argentina’s arrival onto the scene a decade ago.

All 2022 Rugby Championship fixtures will be available to view live on Sky Sports.