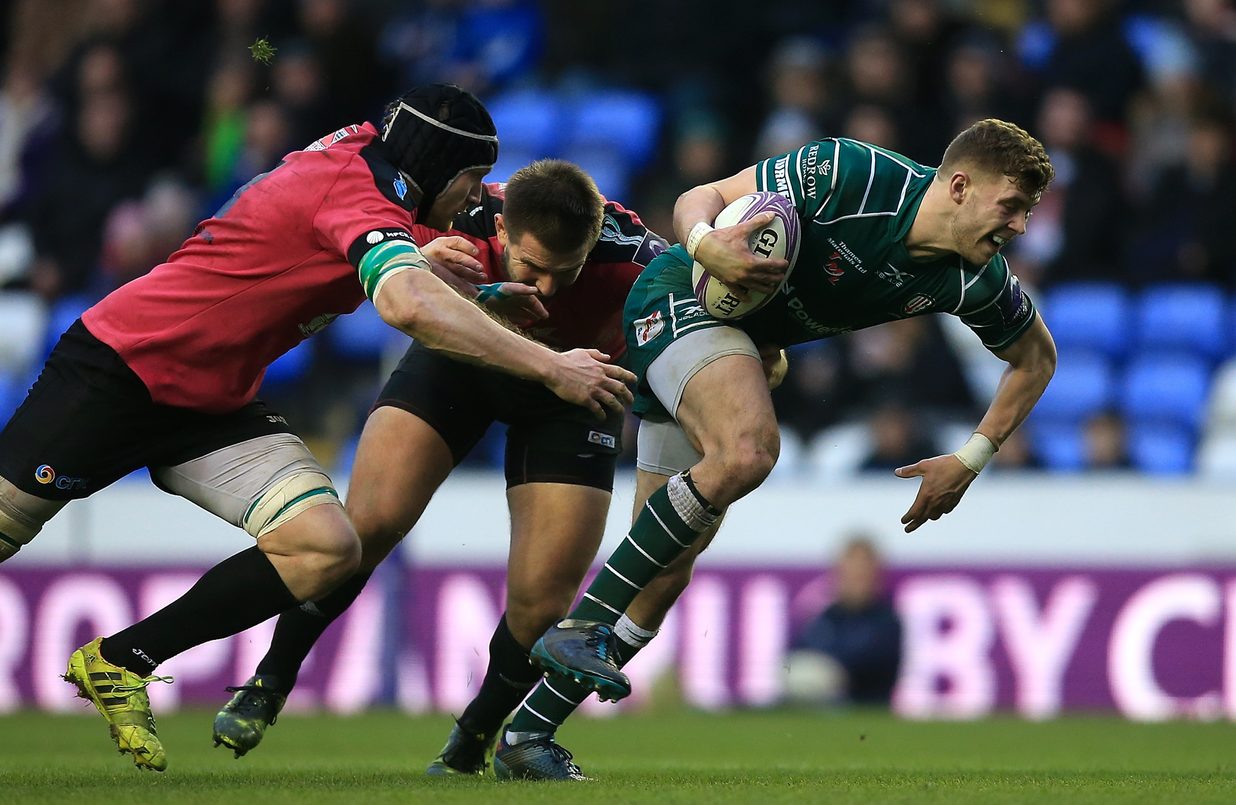 Theo Brophy Clews is the recipient of the Waltons Jewellers’ London Irish Player of the Month Award for January following a string of impressive displays.

The London Irish academy graduate, 20, who recently penned a contract extension with the club, has been in the thick of the action during the Exiles’ four match winning run.

At the turn of this year, Brophy Clews scored four tries in the last 20 minutes of his side’s 47-17 European Rugby Challenge Cup triumph over Krasny Yar. Named man of the match against the Russian side, the former Abingdon School pupil picked up a second man of the match award during London Irish’s comprehensive 66-7 Anglo-Welsh Cup victory at home to Wasps on the last weekend of January.

“It was nice to score four tries against Krasny Yar, but I’d say that the Wasps game was my favourite on a personal note,” said Brophy Clews.

“I felt I attacked the line quite a lot and I was given licence to do that by the coaches, which was great. I have to pay tribute to our forwards who do so much work that people don’t see. I think the reason why I’ve done well is because the likes of Ofisa Treviranus, David Paice and Arno Botha have worked extremely hard to set the attacking platform.”

Nick Kennedy, London Irish director of rugby said: “Theo has been in great form and I know he’s keen to continue this into February, with an important block of Aviva Premiership games coming up.

“Ever since he joined the London Irish senior academy set-up, he’s worked tirelessly on his game and is always looking to improve week in, week out.”

Chris Walton, owner of Waltons Jewellers said: “We are proud to continue our partnership with London Irish and are delighted to be presenting Theo with a Citizen watch.

“As a Berkshire based business, it’s great to see a local talent on top of his game at the club.”

London Irish’s next home game is against Sale Sharks in the Aviva Premiership on Saturday 10 February (kick-off 3pm). Tickets are available from £3 for under 13s and £23 for adults if you book in advance by calling the Ticket Office on 0118 968 1016 (Monday to Friday 9am to 5pm, Saturday 9am to noon) or online at www.lidirect.co.uk.